Dolly Parton has had a decades-long music career. During that time, the technology of songwriting, recording, and communication has changed significantly. Well, according to Parton’s fairy godchild, Miley Cyrus, the Queen of Country’s preferred method of communication hasn’t changed since the 1980s.

While not officially Cyrus’ godmother, Parton is the Hannah Montana alum’s fairy godmother, which the two agree is even better. In a 2019 interview with SiriusXM’s Just Jenny, the “Dumb Blonde” singer explained how she came into Cyrus’ life, via Billy Ray.

“I worked with Billy Ray for all those years, when he had ‘Achy Breaky Heart,’” she said. “He worked with me on some shows we did in the early days. He opened some of my shows. We just got to know each other. I wrote a song called ‘Romeo,’ and had him in a video. We just kind of gelled, ’cause we’re both country kids. We had a lot of fun just talking about that. And then when Miley came along, I said, ‘She’s got to be my fairy goddaughter.’”

Ever since, the two have shared a special bond. 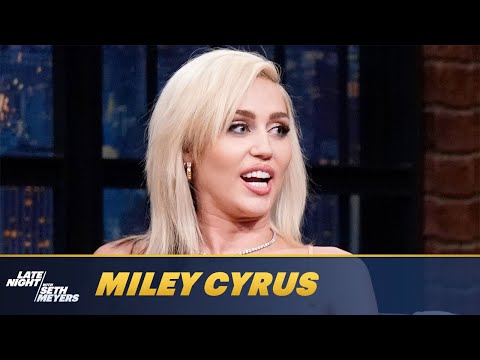 “Every time I coordinate or communicate with Dolly, it’s still through fax,” she said.

This isn’t the first time Cyrus has mentioned the fact that Parton reaches her via fax. In 2020, when she was invited to collaborate with Parton on her Christmas album, she mentioned she was approached about the project via a fax from Parton.

Parton doesn’t just keep in touch with Cyrus via old school methods of communication. She also shares music in a similar way.

“She made me a demo one time where she talks about being super high tech, but it was all through a cassette, which then she voice memo-ed onto a flip phone, which someone then put onto the iPhone, which then got sent to me,” said Cyrus.

The extra effort has actually grown on Cyrus. She likes the intimacy of it.

“So now I’ve kinda started my own version where I go into the notes, and I’ve started to try to make my own letters, because there’s something so amazing, just about the connection. It’s just…not casual,” she told Myers. “You know that she took the time to get out, I guess, her typewriter.”

What is Lateysha Grace’s net worth as she stars on Celebrity Coach Trip?

Ruben Randall - December 20, 2021 0
Money
In the 1990s, the NFL was lucky enough to have the best of the best at their positions play against each other. Jerry Rice and Deion Sanders...