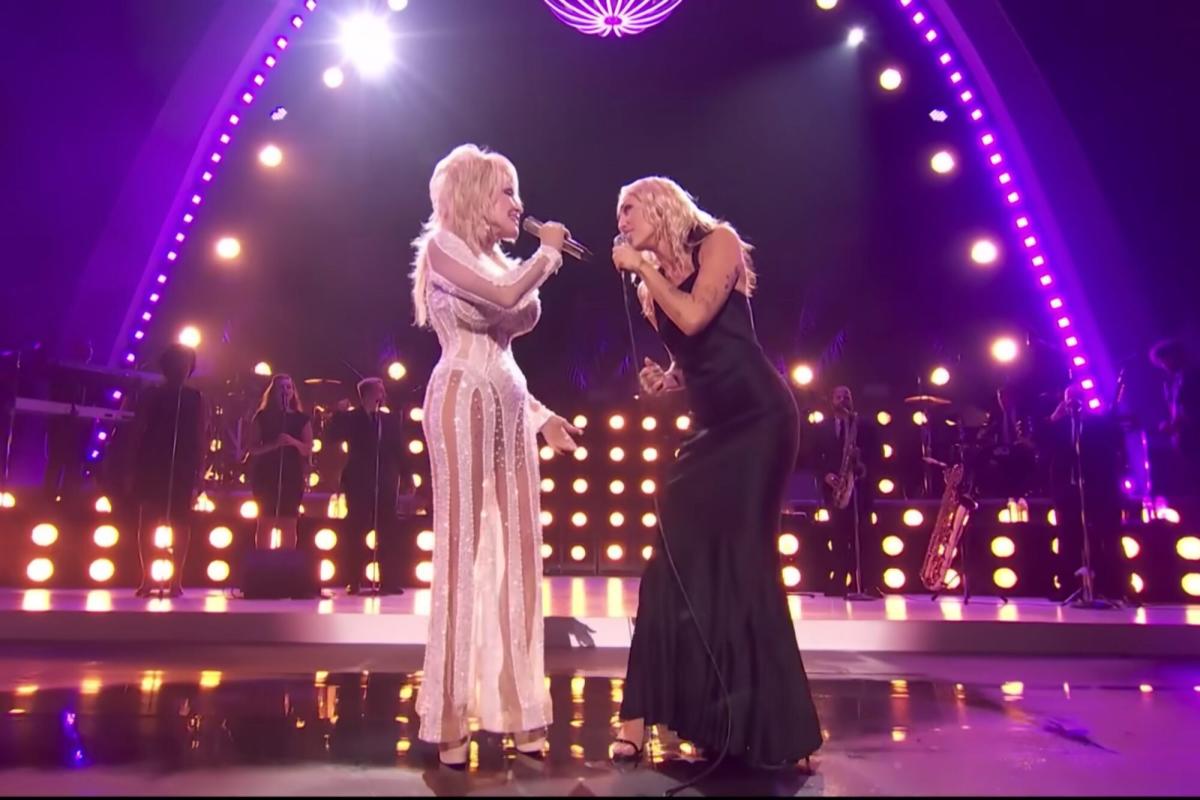 While co-hosting the second annual Miley’s New Year’s Eve Party on Saturday, the live special’s namesake host and her godmother delighted fans with a handful of showstopping performances together, including a medley of two of their biggest hits.

Just minutes before ringing in 2023 at the Miami bash, the duo performed Cyrus’ breakup ballad “Wrecking Ball” from her 2013 album Bangerz.

However, as Parton crooned the bridge, she subbed the lyrics “I will always want you” with “I will always love you,” before breaking into a rendition of her song of the same name.

Parton, 76, and Cyrus, 30, brought down the house, blending their voices for the emotional performance and sharing an embrace on stage.

Originally recorded in 1973, Parton wrote “I Will Always Love You” about her longtime business partner and collaborator Porter Wagoner as she embarked on a solo career.

Nearly 20 years later, Whitney Houston recorded the song for the soundtrack to the 1992 film The Bodyguard. Houston’s version was a smash hit, peaking at No. 1 on the Billboard Hot 100 and later receiving a Grammy for Record of the Year.

The song is also featured in Whitney Houston: I Wanna Dance with Somebody, a new film about Houston’s life and career that was released Dec. 23.

According to Forbes, Parton reportedly made $10 million in royalties from Houston’s version of the song. The country icon later revealed she used that money to support a Black neighborhood in Nashville.

In 2020, Parton told PEOPLE that she fell in love with Houston’s version of the song she wrote decades earlier as soon as she heard it.

“You never know when you’re writing songs, how they’re going to turn out,” she said. “But after ‘I Will Always Love You’ became a worldwide thing [in 1992], it was in the movie [The] Bodyguard, and it was No. 1. I really felt my worth.”

While Miley’s New Year’s Eve Party was the first time Cyrus performed “I Will Always Love You” with Parton, it certainly wasn’t the first time they’ve shared the stage.

Over the years, Cyrus has joined Parton for a handful of performances, including the 2019 Grammy Awards and a 2016 episode of The Voice for a performance of “Jolene,” which they also sang during the special that aired Saturday on NBC.

“She’s even better than your sparkliest dreams,” Cyrus previously wrote about her godmother in Time‘s 100 Most Influential People of 2021. “She may be my fairy godmother, but I think she’s that to everyone else too. I am happy to share her with the world.”

A Glance At Rebecca Ferguson’s Rise To The Top

Ruben Randall - September 21, 2022 0
Actor
Every fan of the beloved NBC comedy Friends has a favorite...