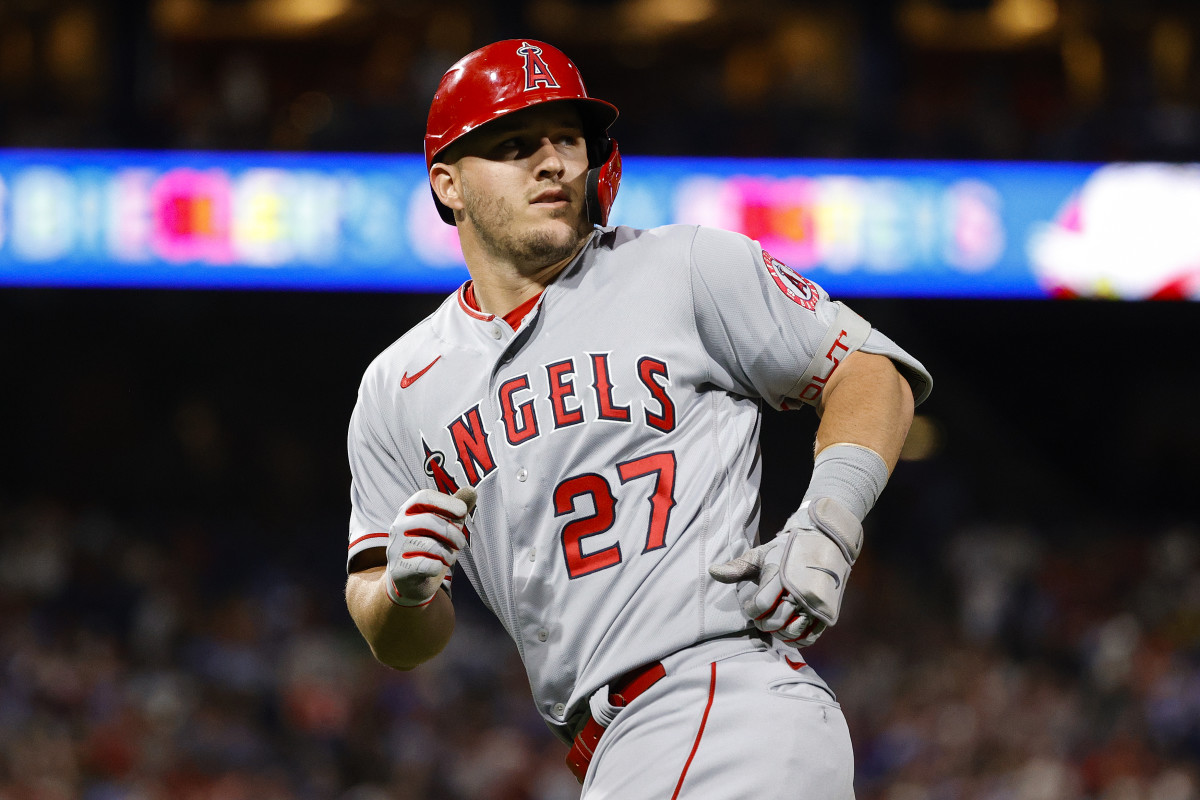 PHILADELPHIA, PENNSYLVANIA – JUNE 04: Mike Trout #27 of the Los Angeles Angels looks on during the eighth inning against the Philadelphia Phillies at Citizens Bank Park on June 04, 2022 in Philadelphia, Pennsylvania. (Photo by Tim Nwachukwu/Getty Images)

MLB superstar Mike Trout has taken a significant step in his recovery process.

According to Angels insider Sam Blum of The Athletic, the Los Angeles All-Star swung his bat on Saturday morning.

“It was a dry swing. The next step is doing it more, building up, hitting, etc,” Blum reports.

Trout has been away from the diamond since July 12 when he was forced out with what was described as “upper back spasms and left rib cage irritation.” At the time of the injury, there was some fear that it could be a career-ending issue.

Fortunately for all parties involved, the injury — a costovertebral dysfunction at T5 in his back — has essentially healed and he no longer feels discomfort.

“It went from my career is over to hopefully I’m going to play soon,” Trout said this past Sunday, per MLB.com. “But it’s just one of those things. It’s scary. A back injury for a baseball player. You go through stuff. I get it. But you like hearing news from a doctor who knows what he’s talking about, and Watkins is one of the best.”

The three-time AL MVP is confident that he’ll return to the field sometime this season.

Daniel Dae Kim will only say yes to ‘Lost’ reboot if...