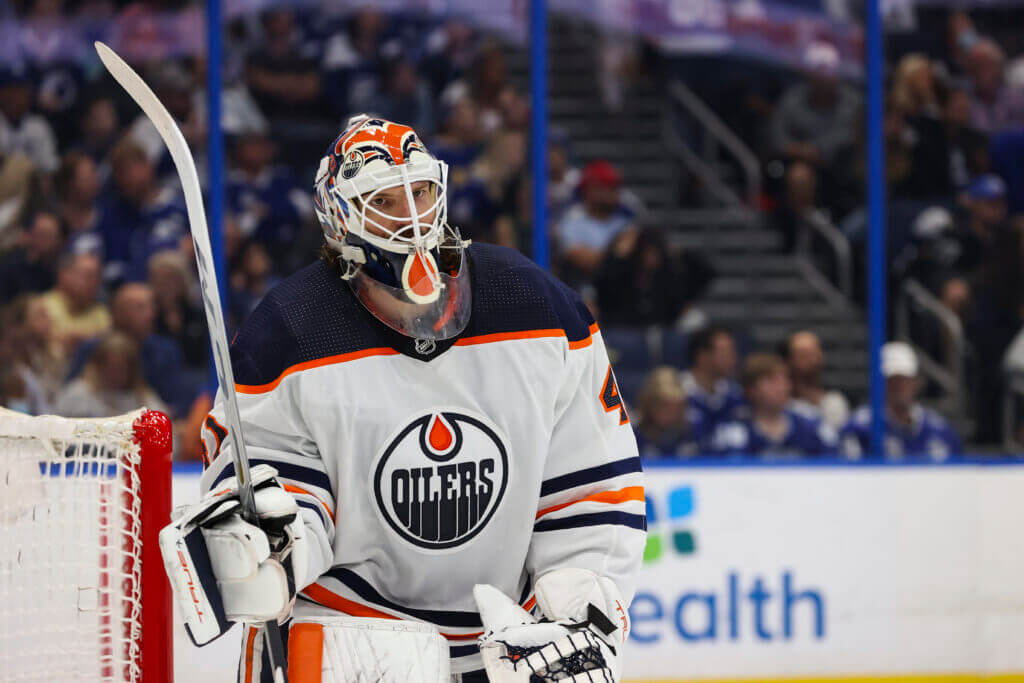 The odds suggest the Oilers aren’t in grave danger of missing the playoffs despite a lousy couple of games. Of course, that’s not a certainty.

Provided those projections do hold up, however, it’s evident they aren’t going anywhere in the postseason with the type of goaltending that’s on the roster.

Mike Smith has been dreadful in his last two starts culminating with Wednesday’s performance against the Lightning.

First, he was pulled after allowing four goals on seven shots against the Wild on Sunday. Yes, there were high-quality chances that turned into goals, but the Oilers could have used a stop from their goalie and couldn’t get one.

Then, he was arguably worse against the two-time defending Stanley Cup champions, a matchup the Oilers lost 5-3 despite being the better team.

Smith looked out of sorts on the first three goals he surrendered.

The first Tampa Bay tally was a rebound that went off teammate Devin Shore and in. It was an unlucky break, but one to which Smith was slow to react. Former Oilers forward Pat Maroon got credit.

See also  DDG Responds to "Old" Amanda Seales' Suggestion Halle Bailey Break Up with Him Over 'Racism' Remark: "I Don't Even Know Who She Is"