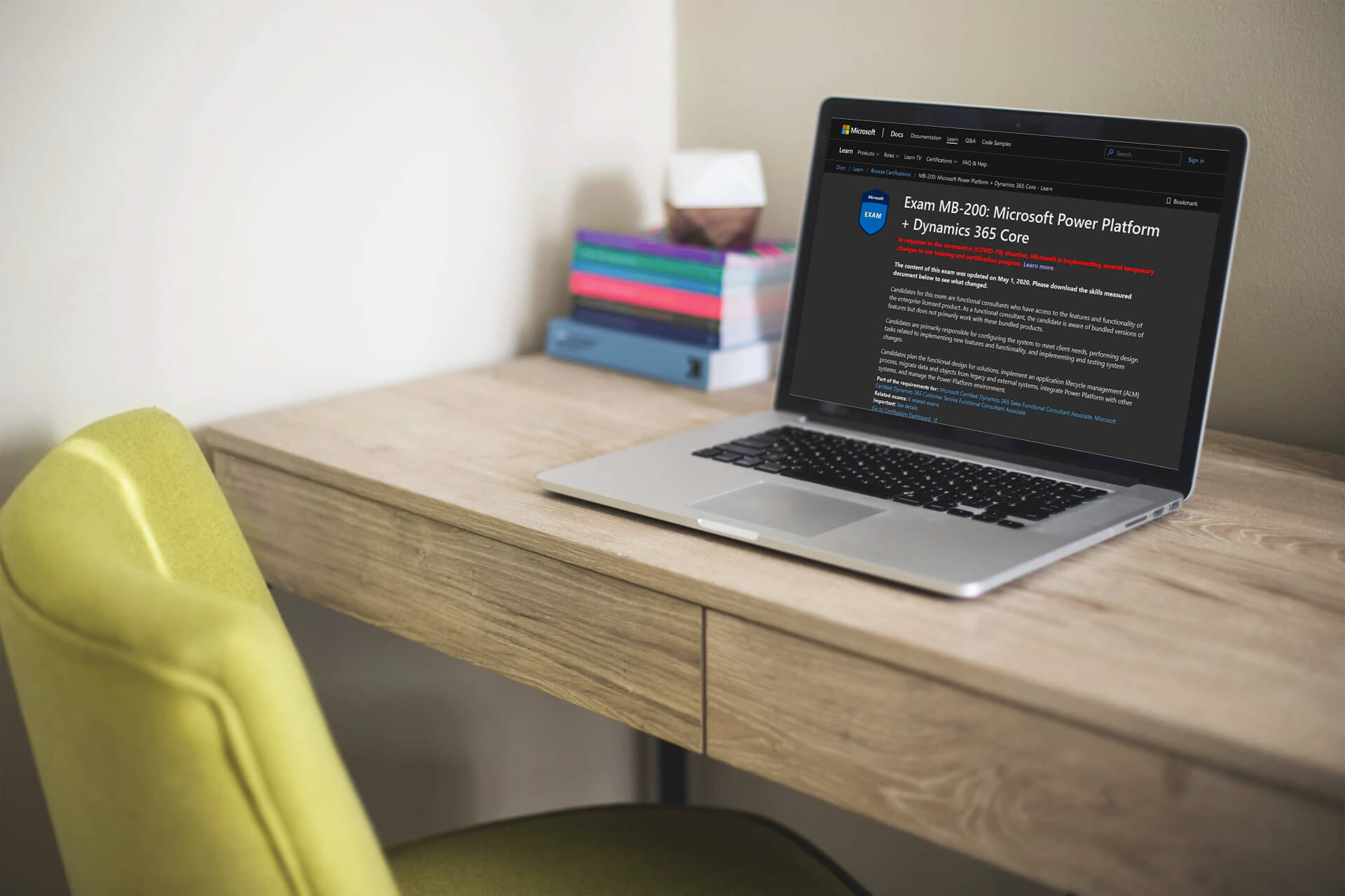 The year 2021 has been terrific in terms of profit for Microsoft and Sony, two of the world’s biggest tech giants. Sony Pictures division made $1.3 billion in revenue in the three months through December 2021, bolstered by a comeback to theatrical release and, in particular, the monster success of “Spider-Man: No Way Home.”

Surprisingly, the Sony pictures sector was the largest contributor to Sony’s total revenues, thanks to the fruitful outcomes. The pictures segment, which encompasses movie studios, television production, and television network operations, is expected to have its best year ever in terms of operating profitability.

In a report compiled by TopTierList, the US based monster, Microsoft made profits of $18.8 billion in the third quarter of 2021, beyond experts’ estimates. Microsoft is the first of the major US tech companies to release quarterly earnings, followed by Apple, Amazon, Meta, and Alphabet. In october 2021, Microsoft’s profit jumped 48% to $20.5 billion. The company’s Microsoft Cloud division, which includes Office 365 subscriptions and Azure, drove the results.

In this piece of information, we will be taking a deep dive and compare the revenues of Microsoft and Sony.

Microsoft vs Sony: A Battle Between Two Giants

The Seattle based Microsoft and the Japanese origin Sony are among the world’s greatest businesses. For decades, both have been developing extensively used consumer and professional items. Each firm, in particular, makes competitive game and entertainment systems.

Depending on what you’re measuring, you can figure out which company is actually bigger. Microsoft was placed No. 37 on the Fortune 500 list in 2012, while Sony, the Japanese based company, was ranked No. 83 on the list. However, because the lists are based purely on income, those rankings don’t represent the whole reality. As a result, analysts take into consideration multiple factors to determine the size of an organization.

According to Sony, it released six films in the third quarter, compared to four in the same period in 2020. The global gross box office for “Ghostbusters: Afterlife” was $181 million. In the third quarter, “Venom: Let There Be Carnage” grossed $503 million worldwide. The gaming and network services division saw an improvement in its year over year profitability.

Furthermore, “Spider-Man” was released in the middle of December 2021 and has so far grossed $1.74 billion in the box office. According to Sony, $1.28 billion of that was reported in the 3rd quarter, allowing the remainder to contribute in the current fiscal year’s final quarter, which runs from March to June. Another significant contributor to the division’s sales and profitability was the renewed licensing of the TV series “Seinfeld.”

In addition, in the third quarter, the games and network services sector raised its yearly profitability to $837 million, up from $669 million in the previous quarter.

It should also be noted that following Microsoft’s announcement, Sony’s stock plummeted by as much as 20% from its multi-year record of JPY15,725 at the start of 2022. The stock has now recovered, but it is still down 11% year to date.

With revenue of more than US$4.6 billion, the Game & Network Services remained Sony Corporation’s most profitable division, leading Electronics, Products and Solutions (EP&S), the 2nd most profitable sector. Sony expects its games division to generate revenues of US$26.6 billion in the coming fiscal year, a 9% increase from last year. Sony also anticipates a rise in hardware sales while a decline in third-party titles and add-ons.

Microsoft on the other hand, also released its fiscal third-quarter earnings, revealing that the company’s gaming division grew by 50% year over year.Third-party titles, Xbox Game Pass subscriptions, and first-party titles drove total Xbox content and services revenue went up to 34% in the year 2021, according to the corporation.

Microsoft first entered the gaming industry with the Xbox in 2001, and the device was quickly available in countries all over the world. After that, it introduced a number of other Xbox consoles. Later on, it owned the infamous game Minecraft which has plummeted the firm’s sales.

Casual games, which are relatively easy and basic games, have been gaining in popularity for several years, surpassing hard-core or traditional games like those played on gaming consoles or PCs. After studying the casual game market, Microsoft chose to release the Series S after learning an essential lesson: consumers want to play games that are simple and quick. The Series S is ideal for casual gamers, as well as those who aren’t gamers at all. Customers can pay a lower charge in exchange for access to a big virtual gaming library.

In 2021, in terms of games, the company’s flagship title, Minecraft, had a successful year. The number of monthly active users increased by 30% year over year to around 140 million. Players have spent over US$350 million on mods, add-ons, and other downloadable content in Minecraft, according to the business giant.

Who Wins the Battle?

When Sony unveiled the Playstation 4, it won the last battle in a knockout. Sony sold 112 million PlayStation 4 consoles between November 2013 and July of 2020, while Microsoft only sold 48 million Xbox One consoles. And, as if things couldn’t get much worse for Microsoft, Nintendo’s Switch handheld gaming platform, which was only released in March 2017, sold 62 million units.

Gaming, on the other hand, accounts for only 5% of Microsoft’s entire sales, despite the significant disparity in their market value. Because of these characteristics, Microsoft has a dual status: it is the underdog in the gaming sector yet everyone’s favorite. Its gaming division had to reconsider its product by being innovative and adaptable, much like a startup, but with the financial backing of the parent firm, Microsoft, the world’s richest corporation. Microsoft outspends Sony in this area as well, having $136 billion in cash on hand versus $5.2 billion for its opponent.

It is highly important that we comprehend what caused Microsoft’s failure seven years ago before we can grasp how it aims to win over the coming seven years. The fact that Sony’s Playstation is one of the most well-known gaming companies in the world isn’t enough. There are disparities in performance between Playstation and Xbox, and users prefer Microsoft in general, despite the fact that Playstation is simpler and has a more user-friendly interface. While many users have ignored the Xbox’s ability to serve as a home media center, smart televisions are expected to become the new standard in the near future. So, in this fight between two essentially identical products, how come there is such an obvious winner?

It’s likely that exclusive games might be something that contributes the most. The majority of games released these days are available on many platforms, including Playstation, Xbox, PCs, and now the Nintendo Switch. Only a few games are released on a single console, and those that are are usually made by the console company’s subsidiaries or organizations with business connections to them.

Recently, Sony’s acquisition of Bungie, the game studio behind the Destiny and Halo franchises, signifies a shift in the Japanese electronics and entertainment company’s approach away from its PlayStation-centric strategy. Sony’s $3.6 billion deal, which is the company’s largest gaming-related acquisition, follows Microsoft’s $68.7 billion acquisition of Activision Blizzard.

Bungie’s annual income is projected to be way less than Sony’s gaming business. However, at a time when the user bases of the most popular games surpass the populations of several nations, the Japanese corporation lacks expertise in online games.

Between 2000 to 2007, when Bungie was purchased by Microsoft, it launched the genre-defining Halo franchise, which became a cornerstone of Microsoft’s Xbox console line. Bungie’s Destiny is an online multiplayer shooting game that was released after the firm became independent.

Net Worth of Sony and Microsoft

Microsoft appears to be going all-in on the gaming market, and according to experts, it will eventually become a monopoly. Many people are curious about Microsoft and Sony’s net worth after the enormous $68 billion acquisition. The acquisition was the largest we’ve seen in the gaming sector to date, so it brings up the question of what the two tech giants’ true market capitalization is, and how they’re able to pull off such high-profile deals.

Microsoft has a market capitalization of $2.271 billion dollars. There are a few things to keep in mind, though. To begin with, when it comes to Microsoft, gaming is not the sole division area in which the corporation operates. The entire market capitalization is calculated using all sectors, thus it is not exactly the same. Because Microsoft hasn’t released numbers for the Xbox division, it’s tough to make an educated guess.

Sony has a market capitalization of $143.12 billion dollars. Again, this includes all areas of the business. Thus, it is important to consider all these elements before diving into the numbers. Apparently,  Microsoft now has a much larger market capitalization than Sony. But that does not  But that does not make one stronger than the other. However, now that it has purchased Bethesda, Blizzard, and a plethora of other developers, Xbox’s overall value should skyrocket.

As its mega-acquisition in gaming looms, Microsoft reported excellent profits for the fiscal quarter ending Dec. 31, 2021. The Us based tech corporation reported $51.7 billion in revenue, up 20% year over year. Similarly, net income increased by 21% year over year to $18.8 billion.

Despite the fact that supply chain constraints impacted Xbox sales, the business saw improvements in gaming. Sales of Xbox consoles increased by 4% over the same period last year, when supply was similarly tight. In addition, the revenue from Xbox content and services increased 10% year over year. Furthermore, another major area of Microsoft’s business, which includes gaming, Surface hardware, and search, had a 15% increase in revenue to $17.5 billion.

The results give Microsoft a boost after it agreed to buy gaming tycoon Activision Blizzard for $68.7 billion in cash and stock. Microsoft had $125.4 billion in cash, cash equivalents, and short-term investments at the end of 2021.

On the contrary, talking about Sony, prior to the release of the Playstation 5, Sony was committed to continuing their strategy of releasing more of the same thing that had previously earned them more than half of the console market’s earnings. Meanwhile, Microsoft is taking a different approach to the problem, and its gaming sector is undergoing significant adjustments. This approach has now fused into a clear and targeted plan with the launch of the next generation.

Sony is strutting around as if it had won. That’s risky, especially when your opponent is twice as powerful. It’s especially riskier in a period when borders are being blurred, exclusivity deals are sometimes limited for a year, and virtual gaming libraries may be accessed for as little as $10 per month.

Lastly, we predict that Microsoft’s next acquisition will be EA perhaps in the year 2024 or 2025. Through Game Pass and EA Play, they have already begun to integrate their operations. Sony’s low market capitalization hinders them from undertaking such a move. EA would be a relative bargain for Microsoft, with a market capitalization of 36.89 billion dollars.

The Richest ‘Spider-Man: No Way Home’ Stars Ranked From Lowest to...

Secret Child Wasn’t The Only Truth Arnold Schwarzenegger Kept From His...