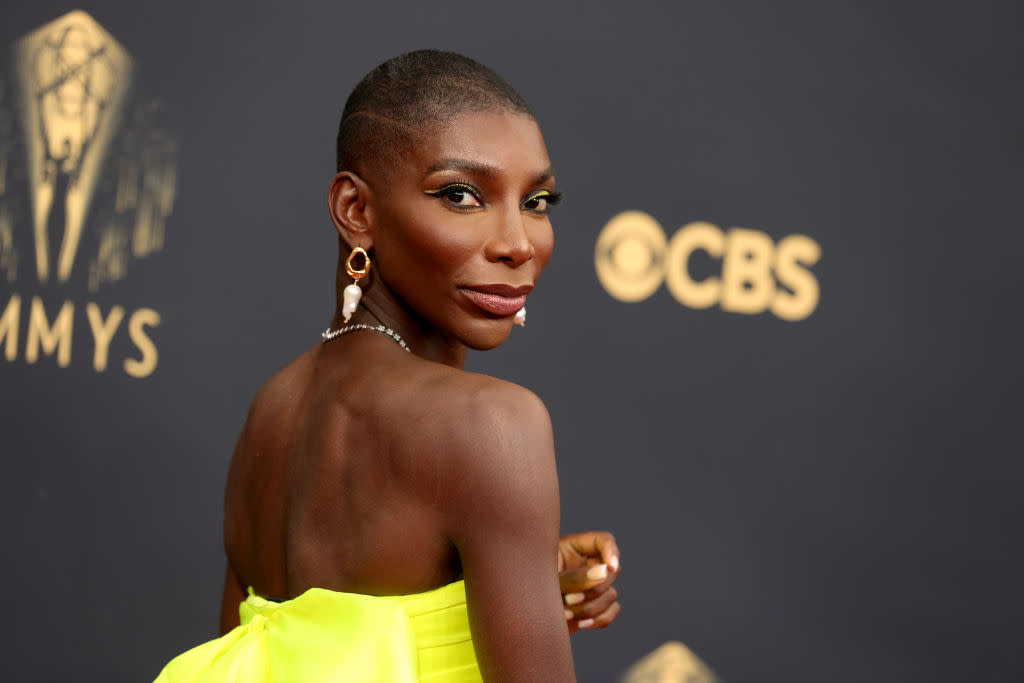 Before Erskine was cast, Phoebe Waller-Bridge was set to star and executive produce the series alongside Glover, but exited the series over creative differences.

Coel’s role is not known as of yet. John Tuturro and Paul Dano have also joined the series as well.

The series is based on the Angelina Jolie and Brad Pitt movie of the same name that was directed by Doug Liman.

The plot of the film is a married couple who are spies who find out that they are contracted to kill one another.

Glover is credited as the co-creator and executive producer on Mr. and Mrs. Smith alongside Francesca Sloane.

Sloane is also the showrunner for the series. Yariv Milchan and Michael Schaefer of New Regency and  Jenny Robins from Wells Street Films will also executive produce. Glover and Sloane both have overall deals with Amazon.

Last year, Glover signed an 8-figure deal with Amazon, who announced a channel of sorts that will be curated to display all of Glover’s creative endeavors.

Stephen Glover, Donald’s brother, who writes and produces on Atlanta alongside his brother, also has an overall deal with Amazon.

Coel was last seen in the acclaimed ‘I May Destroy You.’

She not only starred in the lead role, but also created, directed and executive produced the show.

Coel received four Emmy nominations and won Best Writing in a Limited Series. She will star in the fall’s Black Panther: Wakanda Forever for Marvel Studios.

Ruben Randall - April 25, 2022 0
Money
“You ever feel like there’s someone watching from the shadows?” asks Beanie Feldstein’s Fanny Brice, as haunting apparitions from the Ziegfeld star’s past waft...