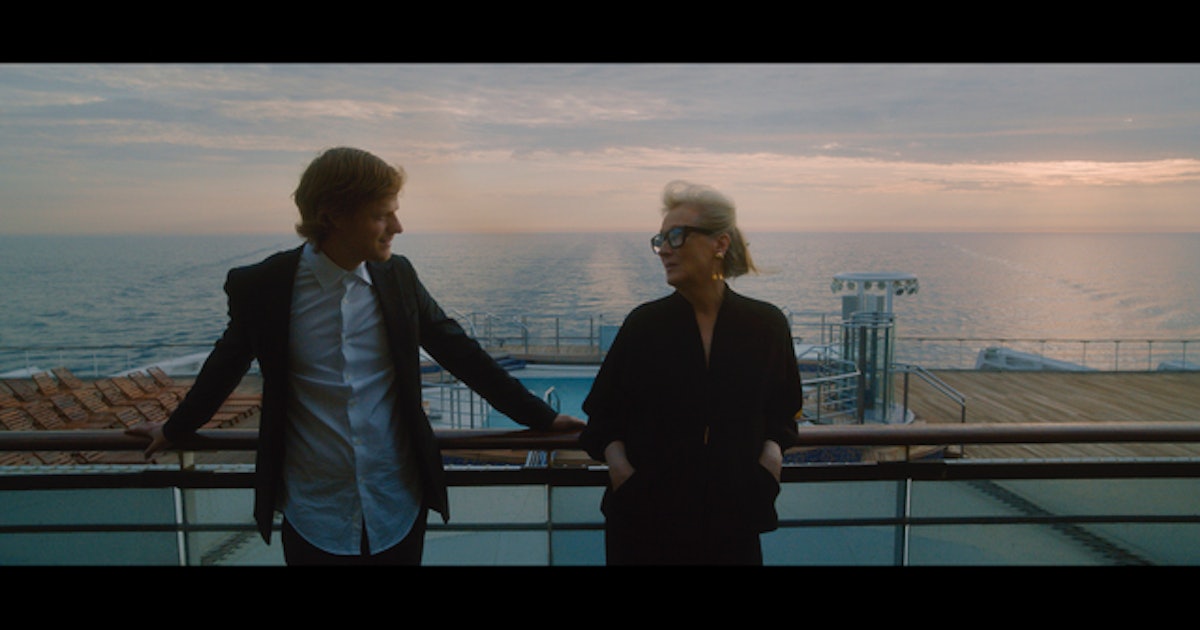 Agh, there’s nothing like watching as a young, rising Hollywood star slowly but surely inch toward the big leagues. That’s certainly the case for Lucas Hedges, the 23-year-old Oscar nominee behind critical hits like Manchester By the Sea, Lady Bird, Boy Erased, Ben Is Back, Waves, and Honey Boy. After appearing opposite respected Hollywood Royal Michelle Pfeiffer in this year’s French Exit (one of my favorite finds from last month’s New York Film Festival), Hedges will soon appear alongside another Hollywood Royal, Meryl Streep, in Let Them All Talk — which received its first trailer over the weekend.

Directed by Oscar winner Steven Soderbergh and written by first-time screenwriter Deborah Eisenberg, Let Them All Talk stars Meryl Streep as Alice, an accomplished author who has been working (or more realistically, procrastinating) on her latest manuscript for quite a long time. Nervous and worried that Alice may not deliver the goods on time, her editor (Crazy Rich Asian’s Gemma Chan) sends her on a cruise aboard the Queen Mary 2 with her two best friends (two-time Oscar winner Dianne West and Murphy Brown Emmy winner Candice Bergen) and her nephew, Tyler (Lucas Hedges), in the hopes that the experience will reignite the spark Alice might need to fully dive back into her work.

But judging by the trailer, the trip does not necessarily go according to plan, instead revealing uncomfortable truths about this group’s troubled past, including the myriad aways Alice’s incisive work has had an adverse effect on the women closest to her — the same women she often turned to and used for character inspiration.

Of course, Streep seems to bring her signature snark to a role that all but demands it. “I’m going to start work on my manuscript, swim at 3:00, dinner at 7:00, back up here to work…or bed…or both,” she deadpans to Hedges over breakfast one morning. “I’ll probably just work in bed,” she follows up. But don’t rule out Hedges, who is poised to be given a lot to do in a film where he’s the only young man amongst a group of significantly older women. “I kind of feel like I’m spending time with three, almost like…,” he tells Dianne West’s character at one point, before she finishes the sentence for him by chiming in with, “Dinosaurs!”

Check out the trailer below. Let Them All Talk premieres December 10th on HBO Max.

NASA Just Hit an Asteroid to See If It Could

Ruben Randall - April 30, 2022 0
Money
Kris Jenner has earned millions as the matriarch of the Kardashian empire, prompting fans to believe she’s the mastermind behind the family’s...