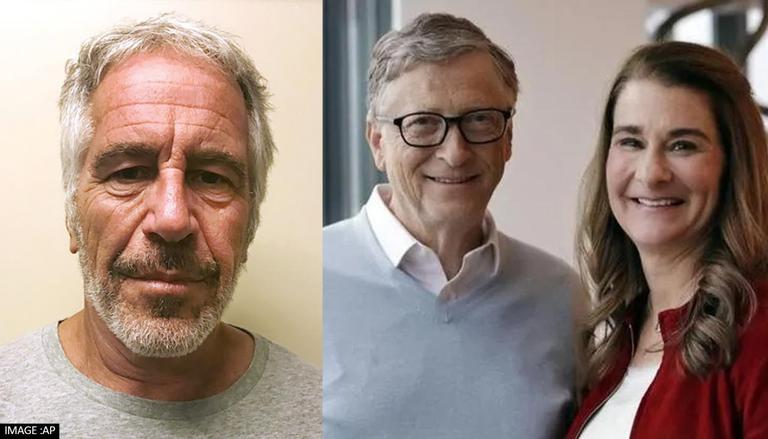 Nearly seven months after Melinda Gates announced her divorce from Microsoft founder Bill Gates, she has revealed that one of the major reasons behind her decision was her ex-husband’s friendship with sex offender Jeffrey Epstein. In a candid interview with CBS Mornings, she said it was not only Bill’s friendship with Epstein that was behind their divorce but added “many things” that she did not like in her husband. Notably, the couple got married in 1994 and has four children–Jennifer Katharine Gates, Phoebe Adele Gates, Rory John Gates, and Jennifer Katherine Gates.

“I did not like that he had meetings with Jeffrey Epstein, no. I made that clear to him. I also met Jeffrey Epstein exactly one time, because I wanted to see who this man was, and I regretted it from the second I stepped in the door. He was abhorrent. He was evil personified,”  Melinda French Gates told CBS Morning. Melinda said she had nightmares after meeting with Epstein.
“He was awful. “I had nightmares about it afterwards,” she added. When the host tried to ask “many things” about her ex-husband, she said: “Any of the questions remaining about their relationship, those are for Bill to answer”.

Meeting with Epstein was a mistake, regrets Bill Gates

Meanwhile, reacting to Melinda’s interview, Bill Gates, released a statement to CBS and said: “Meeting with Epstein was a mistake that I regret deeply. It was a substantial error in judgment”. It is worth noting that Epstein was a convicted sex offender who died in jail by suicide in 2019– when he was 66-year-old. He was waiting on additional child sex trafficking charges that would’ve placed him in jail without bail for nearly 45 years. During the interview, she also discussed her ex-husband’s affair with a Microsoft employee, which was later confirmed by a spokesperson for the Microsoft co-founder in May 2021. Melinda said that she believes in forgiveness and, she believed they would work through some of it but, it just got to the point where she knew it wasn’t healthy and, she couldn’t trust what they had. “I don’t question myself now. Not at all. I gave every single piece of myself to this marriage. I was committed to this marriage from the day we got engaged and until the day I got out of it”, she explained when asked whether she has any regret over her decision to be separated from Bill.

Ruben Randall - June 20, 2022 0
TV/Movies
Get ready for the year of the Avatar. Not only is James Cameron gracing our screens again with the next chapter in his epic...

Samuelson and Friedman — a rivalry that echoes down to the...