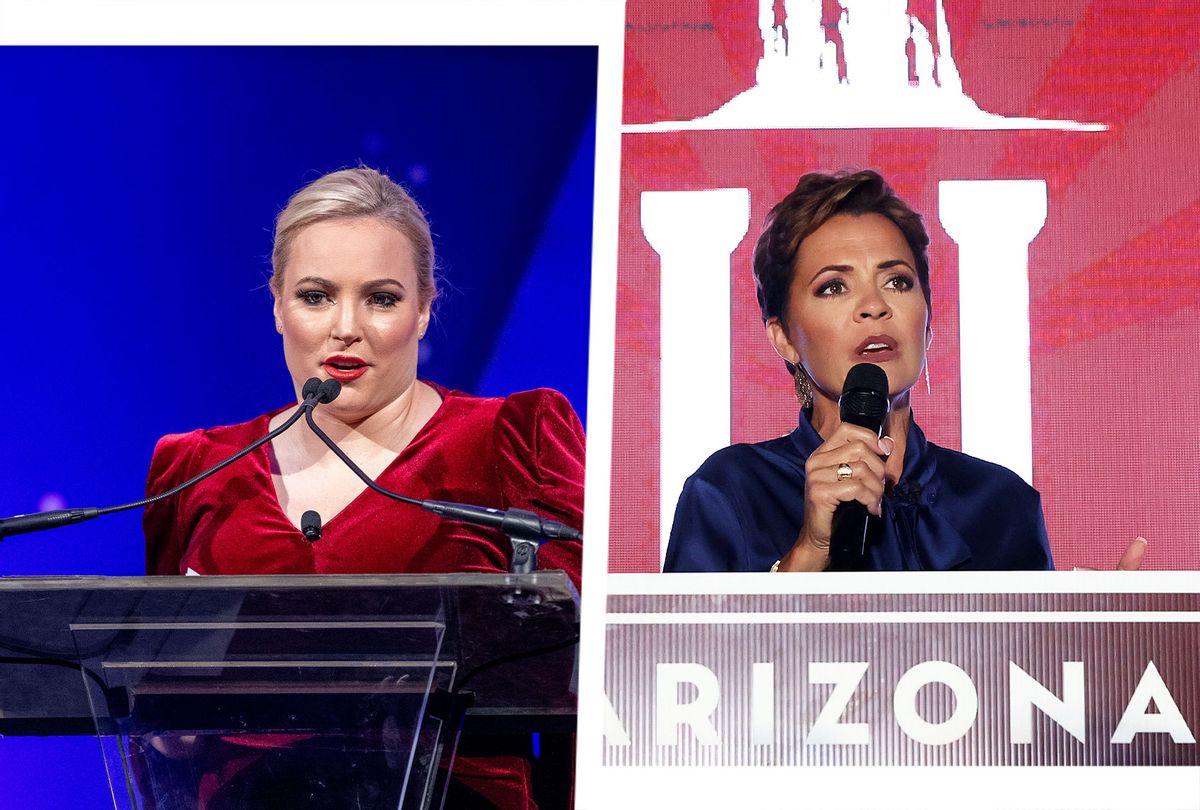 Meghan McCain on Wednesday dialed back her excitement around the Arizona’s GOP gubernatorial primary after pro-Trump Kari Lake, one of McCain’s political enemies, made an overnight comeback in the polls.

On Tuesday, early results showed Karrin Taylor Robson, the Arizona Board of Regents member running against Lake, ahead by 8 percentage points. As a result, McCain, a critic of Trump, took to Twitter to celebrate.

“Wow…Lake is getting crushed so far!!! Incredible!” she wrote in a since-deleted tweet. “Everybody better tune in to primetime if this lunatic loses cause she’s gonna go absolute insane on live tv. Like one for the books, makes Trump look normal insane.”

By Wednesday morning, however, Lake’s chances of victory had seemingly rebounded, and the former Fox News pundit was pulling ahead by 12,000 votes, with 81% of the tally counted. In response, McCain quickly backtracked, claiming that “my initial predictions were right despite the initial excitement of Robson pulling ahead.”

“Congratulations to my home state for full making the transition to full blown MAGA/conspiracy theory/fraudster,” she wrote in a tweet. “The voters have spoken – be careful what you wish for…”

Arizona’s primary election marks one of the latest proxy wars between Donald Trump’s base and establishment Republicans, whom the former president had repeatedly disparaged as “RINOS,” or Republicans in name only.

Trump, for his part, has also had a long-running beef with the McCain family, which spans back to the 2016 presidential race, during which the former president leveled vicious attacks at McCain’s father, the late Sen. John McCain, R-Ariz. At the time, Trump provoked outrage after saying that he likes “people who weren’t captured,” suggesting that John McCain, a former prisoner of war, was a lesser candidate for his time spent imprisoned.

In any case, much of the McCain-Trump conflict now appears to have spilled over into the Arizona primary.

“This is the Cindy McCain branch of the Republican Party,” said of the establishment GOP on a podcast. “They’re not Republicans. They’re globalists and they want – I think they want an end to America.”

Months earlier, Lake suggested in a campaign video that the party needs to “replace that disgusting, dirty McCain Swamp with, maybe, I don’t know … a Lake? You need somebody who is going to represent ‘we the people.’ “

“What trash this woman is,” McCain responded to the video at the time.

Lake shot back: “Thanks for sharing our video, Meg!”

One of Us Is Lying Actress From WA, Get to Know Annalisa Cochrane