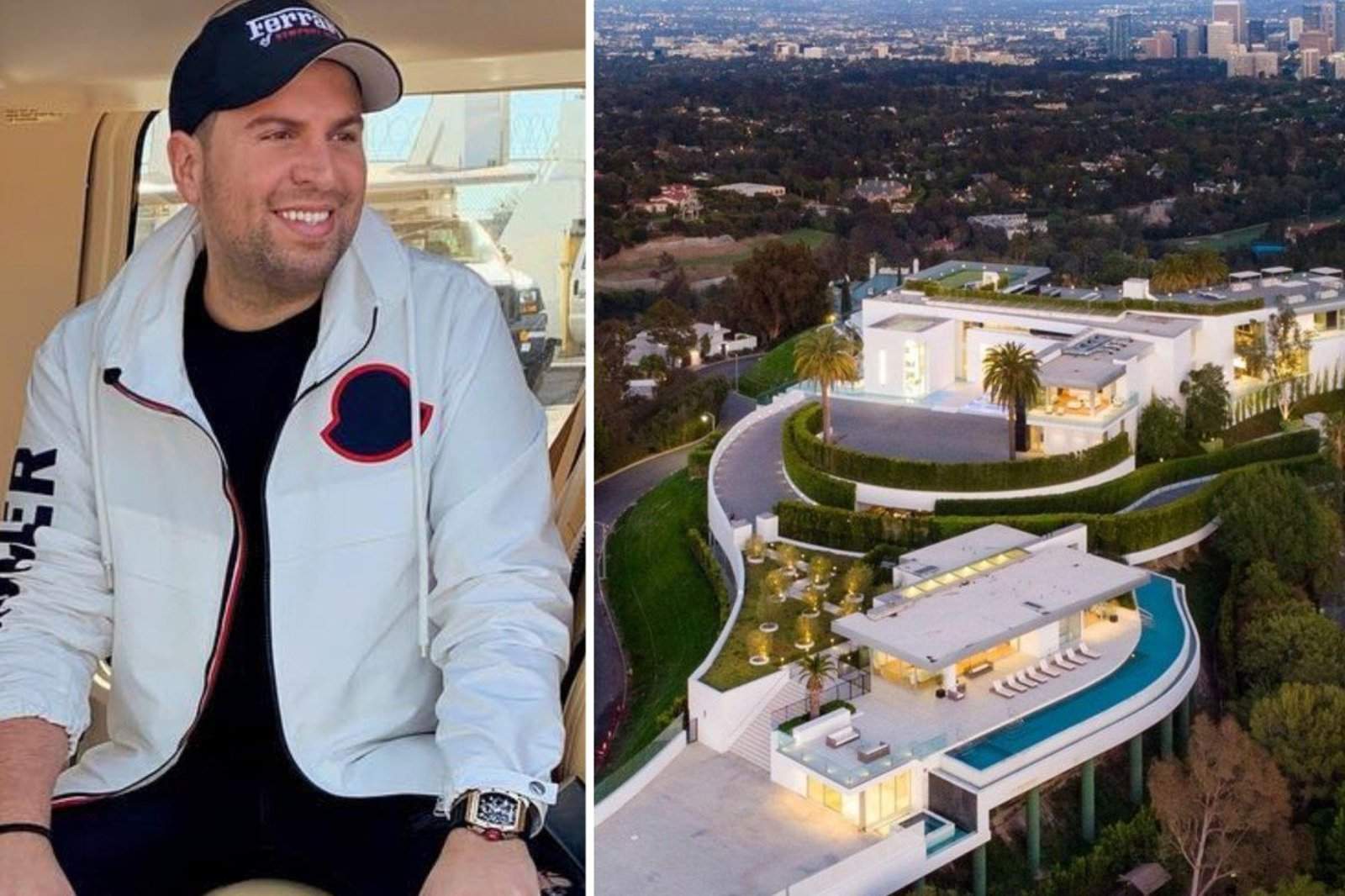 Fashion mogul Richard Saghian made headlines recently after making a splashy purchase of US$141 million for a mega mansion called The One in the posh Bel-Air area at an auction.

The CEO of privately-owned retailer Fashion Nova is a familiar name to fashion lovers everywhere. His brand is known as a fast fashion company that leverages social media buzz and has achieved a massive success through its work with influencers as well as its speed at delivering the latest trend pieces to consumers. 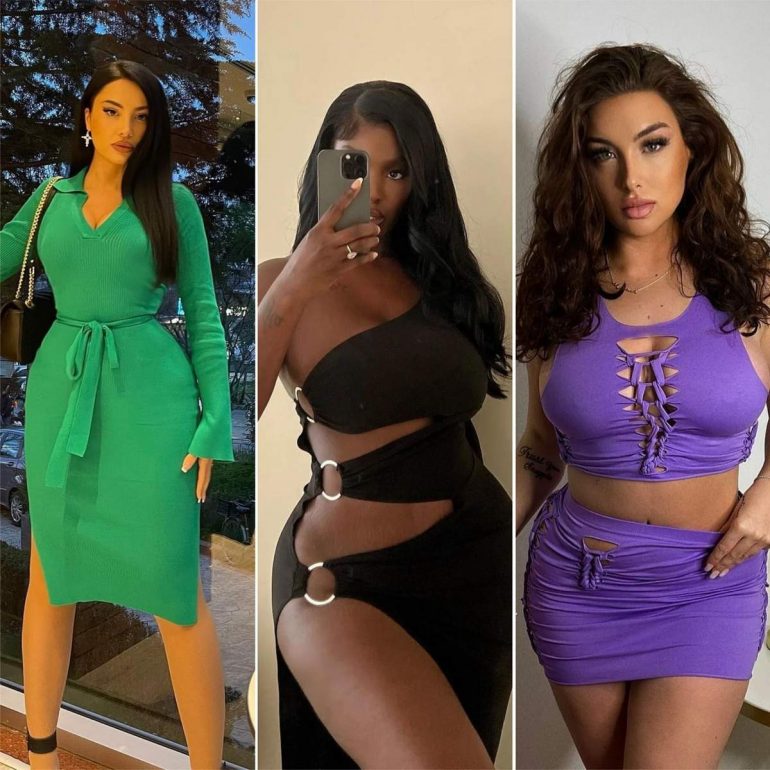 Fashion Nova is a fast fashion company that rose to the ranks thanks to its collaborations with influencers and its social media presence. Photo: @fashionnova/Instagram
By Forbes’ calculations, Saghian’s wealth is valued at a net worth of US$1.4 billion that “stems from his 100 per cent ownership of the company”.

So, what else do we know about the fashion entrepreneur? 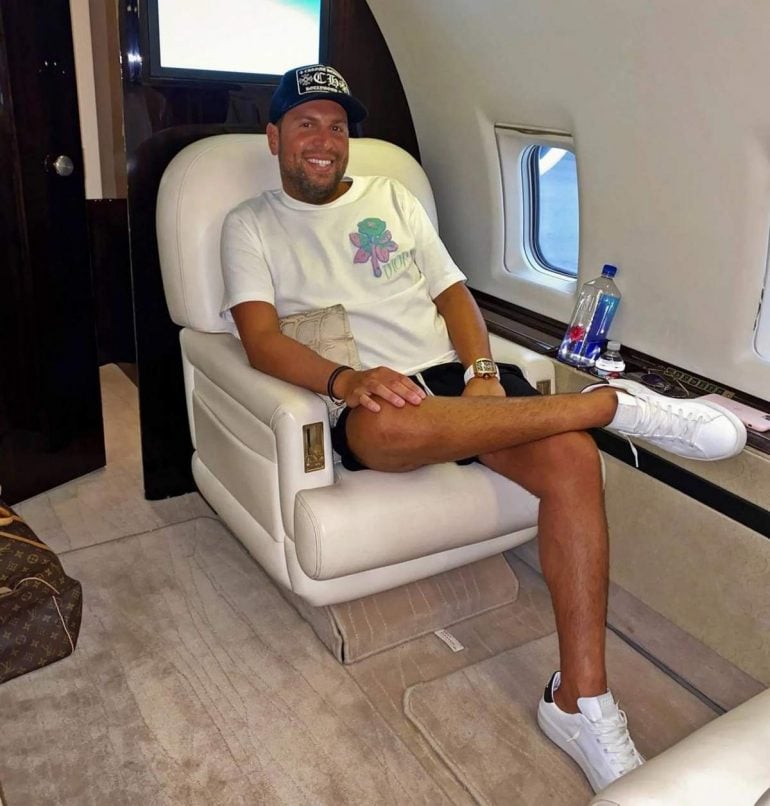 Richard Saghian used to work summers at his father’s womenswear retail stores. Photo: @rich/Instagram
He learned about fashion from his father
Iranian-American Saghian learned about fashion from an early age from his father, who owned women’s retail stores, per Women’s Wear Daily. He founded Fashion Nova in 2006, which started out as a chain of stores selling lower price clubwear and other trendy apparel in Los Angeles malls. Saghian then launched his own e-commerce website in 2013 and an Instagram account; he is often dubbed as one of the first fashion entrepreneurs who understood the power of social media buying.

The other key success factor to Fashion Nova is that it caters to different body types and is inclusive and diverse. They launched their Fashion Nova Curve line for plus size customers in 2016, menswear in 2018 and a beauty line in 2020 called Maven Beauty.

According to The Business of Fashion, Fashion Nova works with around 1,000 different manufacturers and releases 600 to 900 new styles per week. According to its website, Fashion Nova is “the world’s leading quick-to-market apparel and lifestyle brand”. 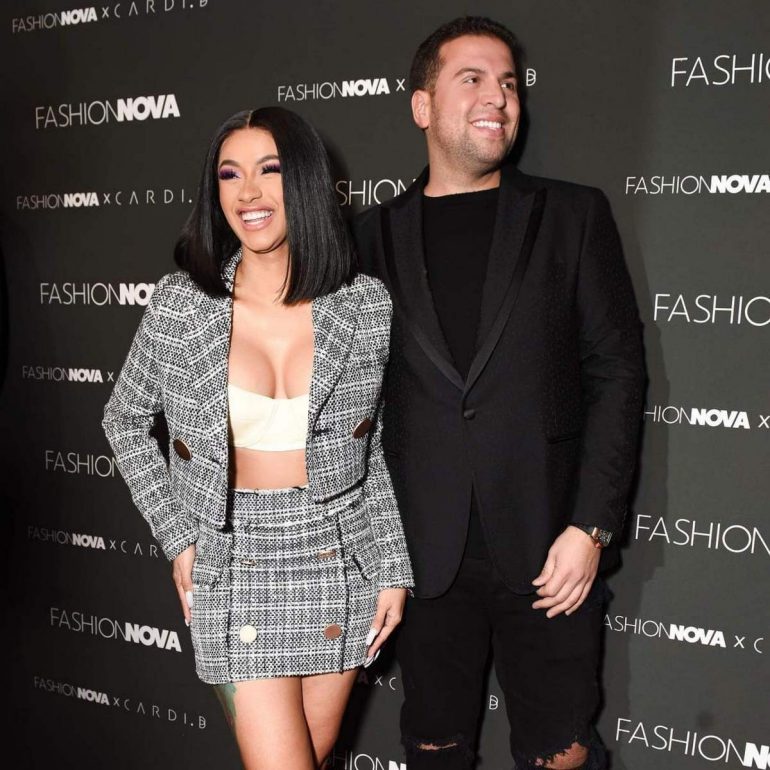 Cardi B has worked closely with Fashion Nova; Richard Saghian shows his support as he congratulates Cardi B for winning Grammy’s best rap album. Photo: @rich/Instagram
He built his empire through Instagram and is now worth US$1 billion
Saghian, 40, understood the power of Instagram early on. Before the launch of Fashion Nova’s e-commerce arm, Saghian macro-influenced his own 60,000 followers from the beginning and turned them into a loyal following for his then-emerging brand. Many users still routinely tag the page using the brand’s hashtag #NovaBabes. This has generated high levels of engagement and brand trustworthiness among the younger generation.

According to The Business of Fashion, the fashion company’s signature bodycon has “set the Instagram aesthetic look into stone, characterised by affordable on-trend clothing endorsed by influencers and celebrities alike”. 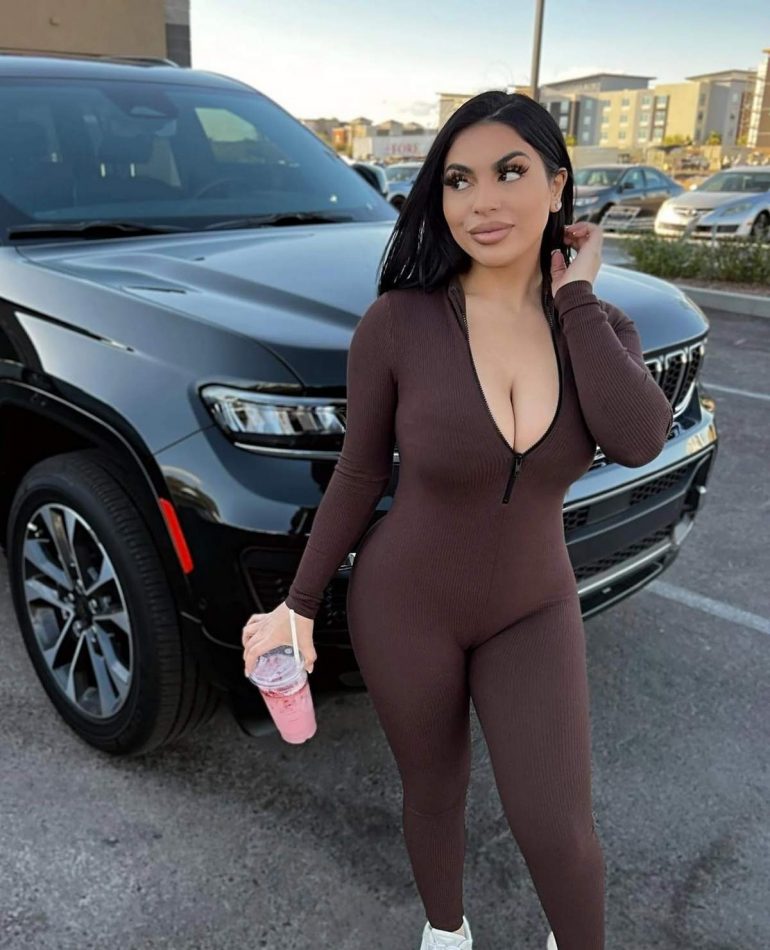 One of the many bodycon designs seen on Fashion Nova’s Instagram board. Photo: @fashionnova/Instagram
Fashion Nova’s collaborations with popular celebrities like Cardi B, Kylie Jenner, Khloe Kardashian, Megan Thee Stallion and Amber Rose – among its at least 2,000 influencers roster – also gave the brand a massive boost in social media branding. Rapper and singer Cardi B collaborated with Fashion Nova for a collection in 2019 that reportedly made US$1 million in a day. 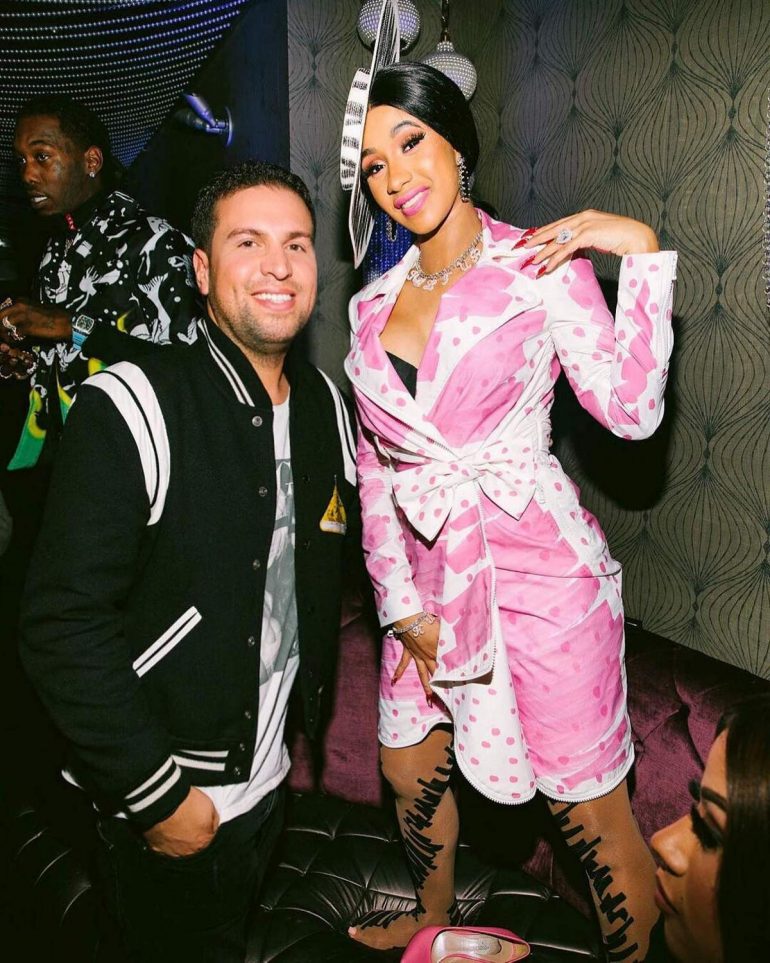 Richard Saghian has collaborated with plenty of influencers through his brand Fashion Nova. Photo: @rich/Instagram
In 2018, Fashion Nova enjoyed higher exposure than H&M and Zara and beat out fashion maisons like Louis Vuitton, Versace and Gucci as the most Googled fashion brand. According to Women’s Wear Daily, a single post by Jenner can make US$50,000 in revenue for Saighan’s brand.

Forbes recently reported that Saghian is worth an estimated US$1.4 billion, considering Fashion Nova rakes over US$1 billion in annual sales. 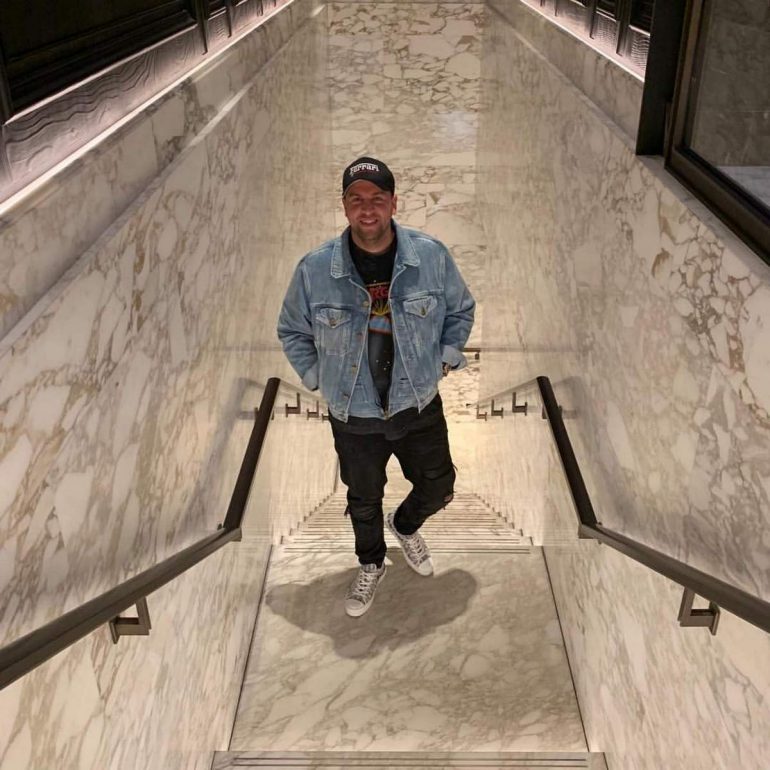 Fashion mogul Richard Saghian has faced controversies during his career. Photo: @rich/Instagram
He has been under criticism
However, his success has not been without some controversies. In 2016, the fashion juggernaut was under an investigation by the US Labour Department as they found some of its suppliers underpaid its workers at its LA’s factories. However, Fashion Nova denied the allegations and said that the workers were not directly employed by the company.

In 2018, the company was called out for producing celebrity knock-off styles of Jenner and Kardashian, as well as other indie labels.

Despite this, in 2020, Saghian pledged to give US$1 million in donations to a number of NGOs like Black Lives Matter, Know Your Rights Camp and the NAACP Legal Defense and Education Fund. 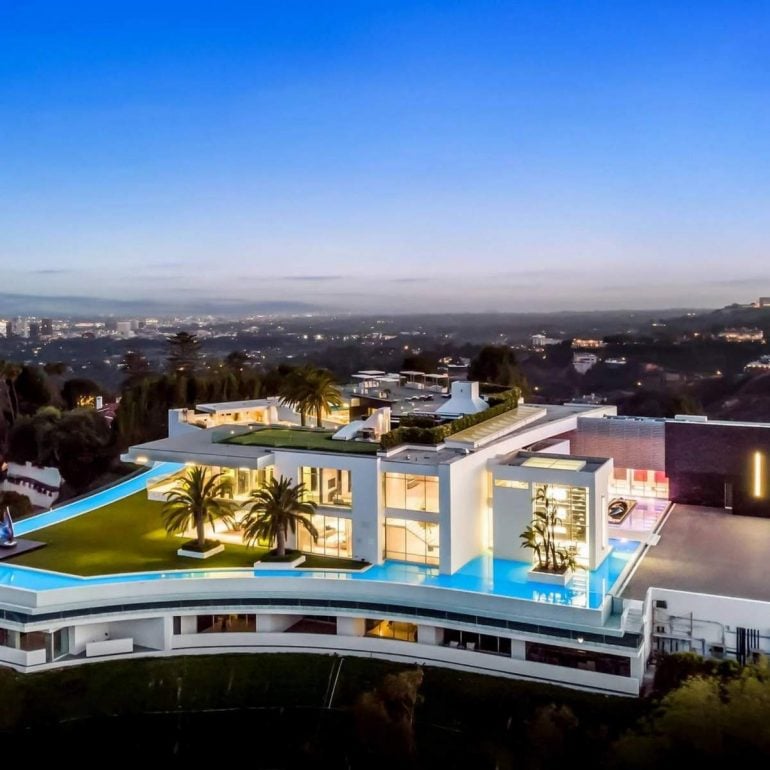 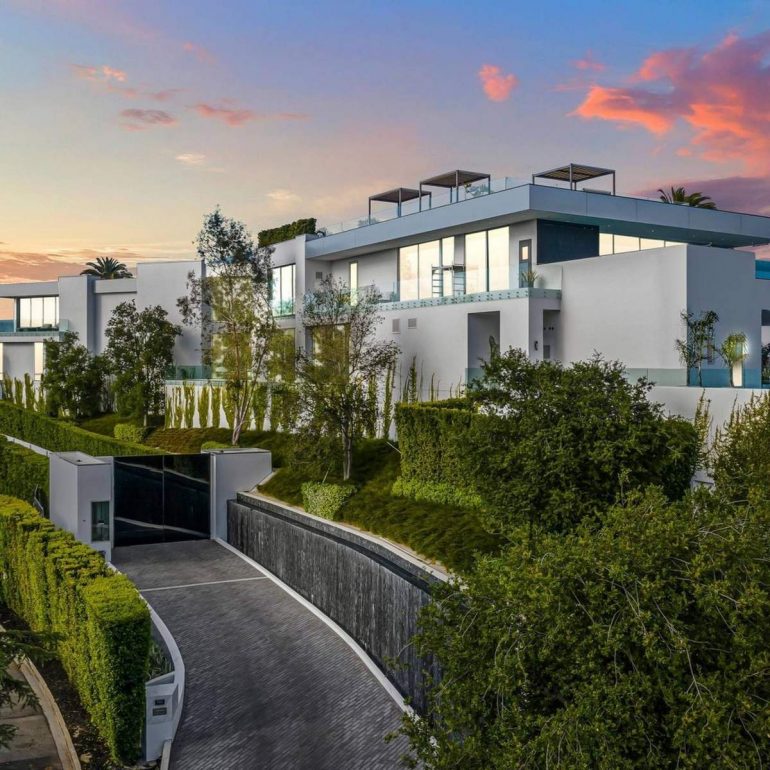 According to Concierge Auctions, the auction closed at a price more than double the highest US sale at auction and nearly 50 per cent higher than the world record. Photo: @conciergeauctions/Instagram
The mega mansion took almost 10 years to build and is considered as the largest home in Los Angeles at 105,000 sq ft, built by Nile Niami, who promoted it as the “biggest and most expensive modern home in America”.

Nestled on a hilltop, the estate has 21 bedrooms and 42 bathrooms and boasts a sky deck with multiple pools, a games room, private theatre, bowling alley, salon, spa and a nightclub. Other OTT amenities include a putting green and 10,000-bottle wine cellar. 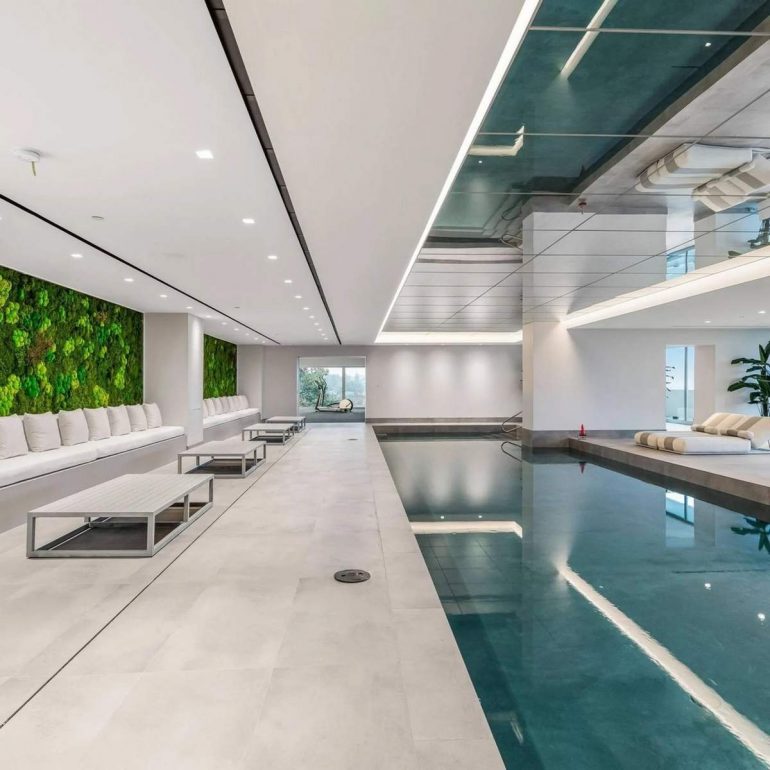 The property is listed by Compass, Aaron Kirman of the Aaron Kirman Group and The Beverly Hills Estates, Rayni and Branden Williams of Williams & Williams. Photo: @conciergeauctions/Instagram
The One has already been rented out for filming before and would likely serve as a backdrop for Fashion Nova’s photoshoots. 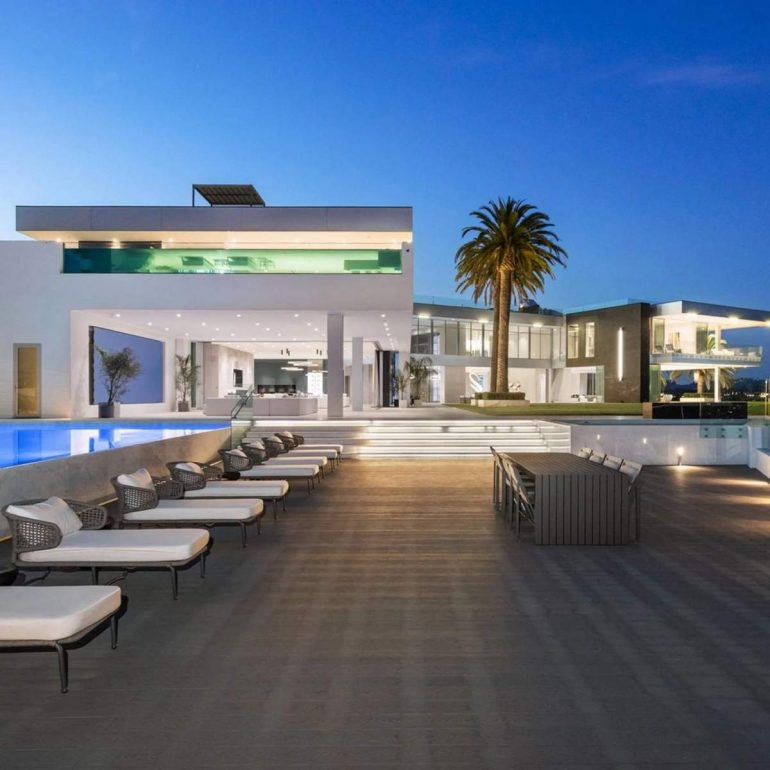 The US$141 million mansion spans a whopping 105,000 sq ft. Photo: @conciergeauctions/Instagram
“The One Bel-Air is a once-in-a-lifetime property that can never be duplicated. There is nothing else like it. As a lifelong Angeleno and avid collector of real estate, I recognised this as a rare opportunity that also lets me own a unique property that is destined to be a part of Los Angeles history,” Saighan told The Los Angeles Times recently. 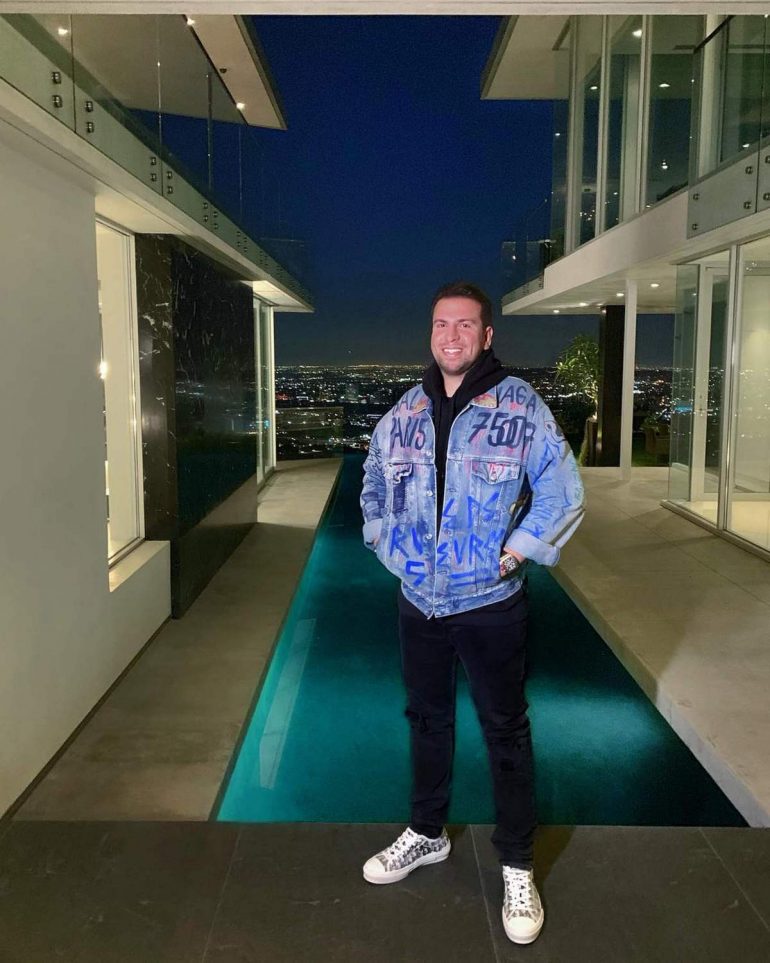 Richard Saghian had a getaway during Easter to recharge and reflect. Photo: @rich/Instagram
His other million-dollar LA properties
The king of fast fashion has also got his hands on several other multimillion-dollar estates in Los Angeles. In 2018, he bought the late DJ Avicii’s Hollywood Hills home for a whopping US$17.5 million. He made headlines when an attempted armed robbery took place at the estate last year, where three ski-masked men reportedly got into a shoot-out with Saghian’s bodyguards. 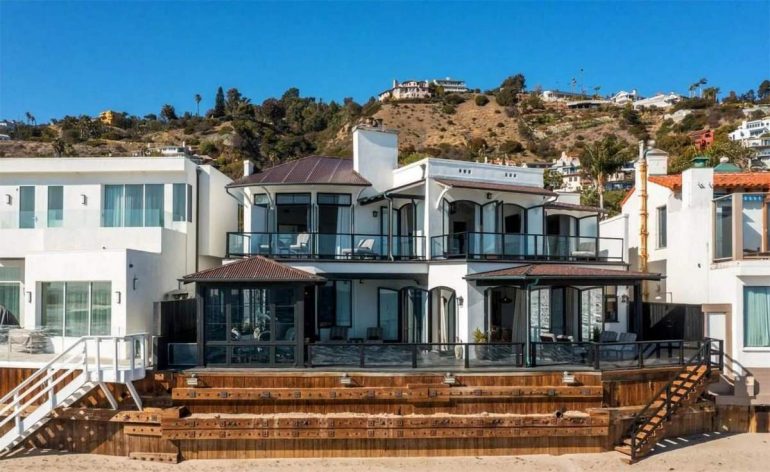 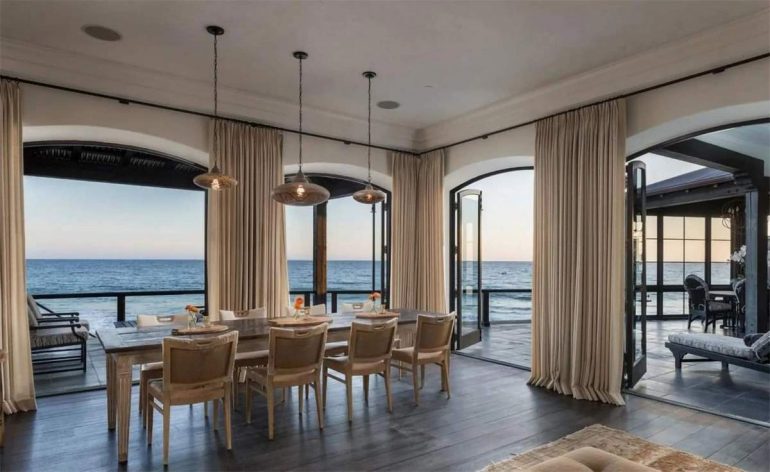 The beach house has waterfront views. Photo: Redfin
The property was previously owned by actor David Spade and spans about 3,800 sq ft with alfresco dining loggias, high-ceilinged public rooms and a kitchen with top-of-the-line Viking appliances.