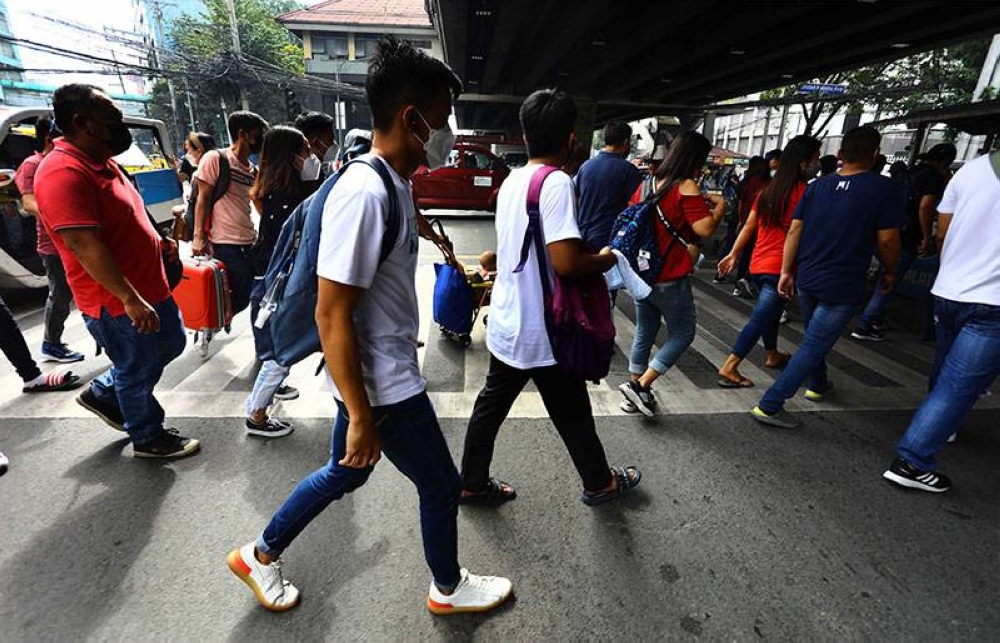 DONALD Trump lost in all thriving educational towns in the 2016 and 2020 presidential elections, even in the cities and towns of land-grant universities in the hard-core “red states.” In areas where character and issues are heavily debated, and discernment sets in after the intense debates, a candidate like Trump has a zero chance of winning in university towns. The key drivers of the votes are again debates and discernment.

And if it were not for the electoral college that favors former slave states, Trump, who lost the popular vote in 2016, would not have been president.

This is a fact of life. A critical mass of discerning voters would be disastrous for candidates who run afoul of democratic ideals and do not meet the competence test of the discerning voters.

That fact is universally true — at least for the world’s democracies. Discernment and the full flowering of civic values are bad for mediocre politicians. Bad politicians thrive in areas where education, and the level of citizen discernment, is subpar.

Get the latest news

delivered to your inbox

Given the political class that we have today in the country, this question is worth asking: Would this class fully support and embrace and fund an honest-to-goodness effort to lift the quality of Philippine education to a point where it would reach internationally-accepted standards that would pass the United Nations’ benchmarks for quality education? And unfailingly turn out generations of young men and women both fully trained and possessed of civic values? Who would regard their voting right as both sacred and inviolable?

See also  Who Is Ashley Johnson? Facts You Probably Didn't Know about the 'Blindspot' Star

The straight-up answer is a big No. Otherwise, the posse of clowns and jokers and poseurs — and certified former jailbirds, too — now in the Senate will surely be voted out and the likes of Jose Manuel Diokno (ready on Day One to write laws and do policy work) would be in their place.

Another question: Would today’s political class rather embrace the status quo ante of utter educational mediocrity and the inevitable hollowing out of civic virtues? The answer is a big Yes. To get elected every election cycle (with their wives, kids and cousins), these pols need less-informed voters.

In Big Business, the Philippine context, it is hard to miss this. Every rite of passage, mostly the ascendant role granted to a young and accomplished third-generation member of a business clan, has an accompanying media splash. And the life and training of these ascendant young men (mostly men) are laid bare to prove they are ready for leadership roles. For example, double major in electrical engineering and computer science from Stanford. Or summa from Wharton. Kellogg, at the very least.

No local training and education for these up-and-coming masters of the Philippine universe. Just like the pattern in China, where the princelings now leading the nation, want their kids to get an Ivy League education.

For the sprawling businesses of the moneyed class, however, here is the thing. Armies of proles are required to bag groceries, mop the floors, secure the commercial complexes, maintain the electrical and mechanical grids, and do grind work such as bookkeeping and clerical jobs and delivery runs.

See also  ‘House of the Dragon’: Olivia Cooke’s Role Was Inspired by Trump

The real estate giants also need armies: heavy equipment operators, masons and carpenters, tilesmen and peons of many classes and kinds. And it is the same requirement of major industrial and commercial and service sectors.

The moneyed class has been building their fortunes on the backs of blue-collar and clerical and support workers with limited and specific skills sets. And a limitless supply of these underpaid, slave-wage workers. A deep grounding on their rights and responsibilities and civic duties as citizens is not a requirement. The moneyed class, always on the lookout for their self-interest, would always prefer this kind of arrangement. Basic rights, you see, include the right to unionize and seek collective bargaining agreements for better wages and non-economic benefits and workers’ rights, which is anathema to capital.

A good educational system that grounds the Everyman with his rights and privileges and gives an insight into the humanities — the ordinaries may get ambitious and aspire for a better life — does not serve the need of the moneyed class for endless streams of cheap and unenlightened labor pools. And in that context, an educational system where even our own Dalits can expound on Pound and Eliot and Neruda, and ask questions about labor-capital relationship is unwelcome.

For the pols and the plutocrats, better the status quo of educational mediocrity. No questions asked. Where issues involving rights and privileges are non-existent, not part of the conversation. Workers with a fair amount of understanding of what led to the fall of the Roman Republic may not be too servile to the whims of the capital class. They will definitely not suck up to the dynastic pols either.

The twin brick walls of resistance from the pols and the plutocrats to education reforms may be rolled over and crushed by extraordinary political will. But that political will has to come with the full realization that the success of education reforms will end the merry days of both the pols and the plutocrats. Success of the reforms will also end the clueless infatuation of voters with dynastic politics.

Success of the reform efforts will not only smoothen the transition to a knowledge economy but lead to the emergence of smart cities and the liberation of a critical mass from centuries-long backwardness. It will upend the political and economic orders that favor both the pols and the moneyed economic overlords.

There are many who have this depressing sense. There will be big words advancing and advocating education reforms. There will be grander programs. But at the end of six years, the needle will barely move. A critical cohort of young men and women — the future of the country — will still loudly proclaim, “History is like chismis.”

Where Is Abercrombie & Fitch CEO Mike Jeffries Now, And Net Worth

Ruben Randall - March 10, 2022 0
Money
The owner of the Dallas Cowboys has been hit with a paternity suit from a 25-year-old woman claiming he is her biological father who...