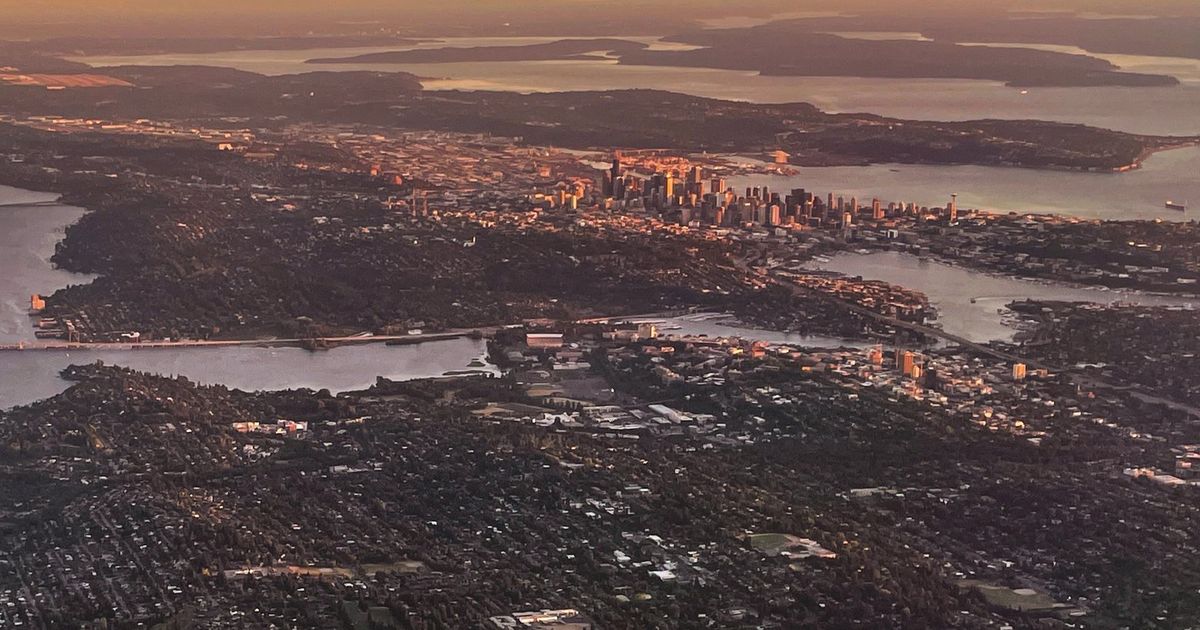 You’ve probably heard that the rich got richer during the pandemic. According to Forbes, the 400 wealthiest Americans increased their worth by 40%.

But it’s not only the ultrawealthy who made out well. As home prices soared in various parts of the country, many folks who already owned a home probably have a much higher net worth today than they had before the pandemic. That’s certainly true in the Seattle area.

The median net worth of homeowners here jumped by more than $160,000 from 2019 to 2021, according to Acxiom, a Conway, Arkansas-based database marketing company that uses data to predict household net worth. In 2021, the median net worth for households that own their home in the Seattle metro area hit an estimated $987,000.

The median represents the midway point, meaning half the households are worth more and half are worth less.

There are more than 900,000 home-owning households in the Seattle metro area, which includes King, Pierce and Snohomish counties. The data shows that about 235,000 local households — more than one quarter of the total — have a net worth of $2 million or more.

While the data doesn’t break out the factors contributing to the overall net worth, it’s clear that soaring home prices are one of the main factors driving the rising wealth here. For most homeowners, their house is their single largest asset. And as Seattle home prices shot up during the pandemic, so too did the net worth of the people who owned them.

It wasn’t a given that home prices would surge during the pandemic. In fact, early on, as unemployment soared, there was some concern that real estate markets would tumble. But in most of the country, and certainly in Seattle, the opposite happened.

Net worth from property is based on the net equity — in other words, the value of the home minus the debt, such as the mortgage, a home-equity loan or a home-equity line of credit. For example, if your home has a market value of $800,000 and you have $300,000 left on your mortgage, the home would add $500,000 to your household’s total net worth.

Along with real estate, other assets that contribute to net worth include vehicles, businesses and all types of financial assets — checking/savings accounts, IRAs, stocks, pensions, life insurance policies and so on. Income is not factored into net worth, so it’s possible for a household to have a high income and a low net worth or vice versa.

Unsurprisingly, the net worths of homeowners are typically a lot higher than those of renters.

The median net worth of roughly 660,000 renter households in the Seattle area is about $114,000. Renters, who are often younger adults, may not have much in savings or investments. They also may carry a large amount of debt from credit cards, student loans and auto loans, which would lower their net worth.

Market research data from Nielsen shows there are a number of factors behind the wealth disparity between homeowners and renters in the Seattle area beyond owning a house.

Renters are much more likely to live alone — 37% of renter households are a single person, compared with 20% of homeowners. Of course, it’s more difficult for one person to build wealth than it is for two.

While Seattle-area renters may have less than one-eighth the net worth of homeowners, they’re still among the wealthiest renters in the country. The nationwide median for renters in U.S. metro areas is just $26,000.

Meet The Woman Who Made A Fortune Helping Build The Family’s...