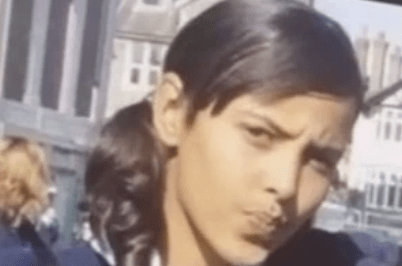 MAYA Jama has shared a throwback snap of herself during her secondary school days – and she looks worlds away from her current glam look.

Taking to Instagram on Monday afternoon, Maya proved she’s just like the rest of us as she shared an awkward teenage throwback picture.

Posing in school uniform, the 28-year-old penned: “We were unruly these days,” before commenting on the look.

She added: “Every morning I would gel my hair and, by the afternoon, my fringe was lifted from playing around.”

Maya’s playful post comes after she reportedly split from fiance Ben Simmons following a “difficult time” over their conflicting schedules.

The New York Post claimed the pair, who got engaged eight months ago, realised they were from “two different worlds” – confirming The Sun’s exclusive back in July. 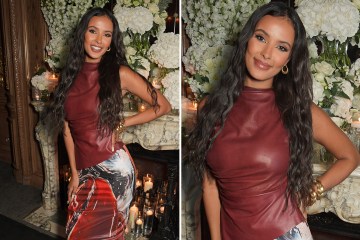 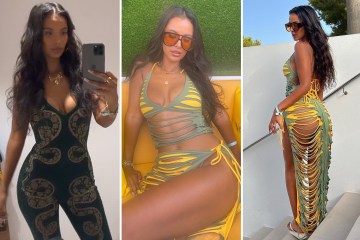 NBA basketball star Ben, 26, was absent from Maya’s recent wild 28th birthday celebrations in Ibiza where she flew pals to the White Isle on a private jet.

Now a source has told the publication of the break up, confirming The Sun’s exclusive in July.

They said: “It’s been a difficult time for them.

“While they both care for each other so much, they truly gave it their all and realise that they just come from two different worlds.

“They now understand they don’t have the time they thought to dedicate to this relationship.”

Earlier this summer, The Sun reported how radio DJ Maya decided to call off their engagement.

It came after Ben popped the question in December and she had frequently travelled back and forth to America, where he plays for the Brooklyn Nets.

A source told The Sun on Sunday: “Maya called it off after things came to head last month.

“She is not going back to New York now. It’s heartbreaking for both of them, especially as they were so committed to each other.”

How Lorraine Bracco Really Felt About Playing A Therapist On The...