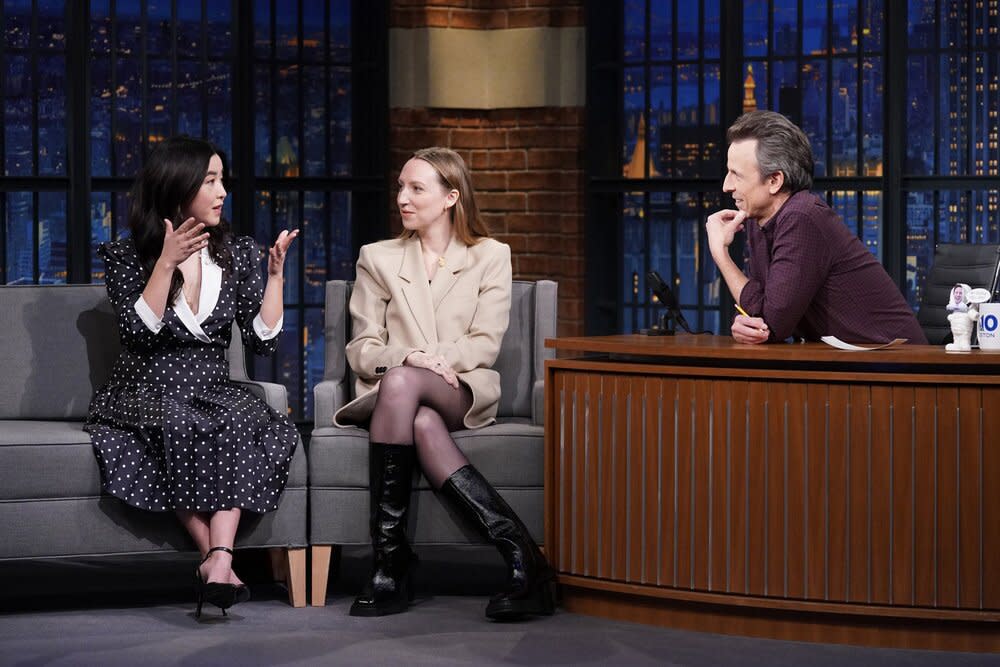 Maya Erskine would prefer her son Leon Frederick doesn’t watch her show PEN15 when he is old enough.

If he does, however, the 34-year-old actress hopes it will spark a healthy discussion about sex with her child.

“I don’t want him to see that,” she told the host, “but I think it could be a good conversation starter, maybe.”

Erskine and Konkle, 34, have plenty of time to prepare for the moment, both having given birth to their first children during the first half of 2021.

Subscribe to our new 12-episode weekly podcast, Me Becoming Mom, to hear celebrity moms open up exclusively to PEOPLE about their extraordinary roads to motherhood. 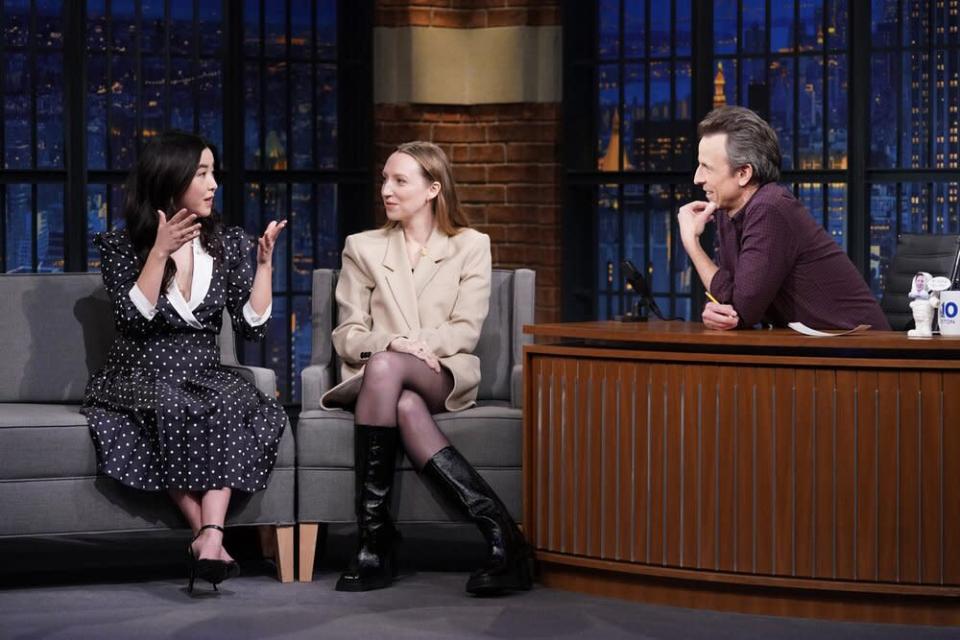 In a joint interview with Erskine for Vogue, published in May, Konkle revealed that she and actor Alex Anfanger had welcomed daughter Essie Wunderle Anfanger into the world earlier this year.

Erskine gave birth to son Leon, whom she shares with fiancé Michael Angarano, shortly after sitting down for the interview, according to the magazine. In a June interview on Jimmy Kimmel Live, the pair revealed that they had their babies just two months apart.

Meyers, 47, also noted on Thursday that the topic of sex is probably best discussed with a parent, rather than for kids to watch. 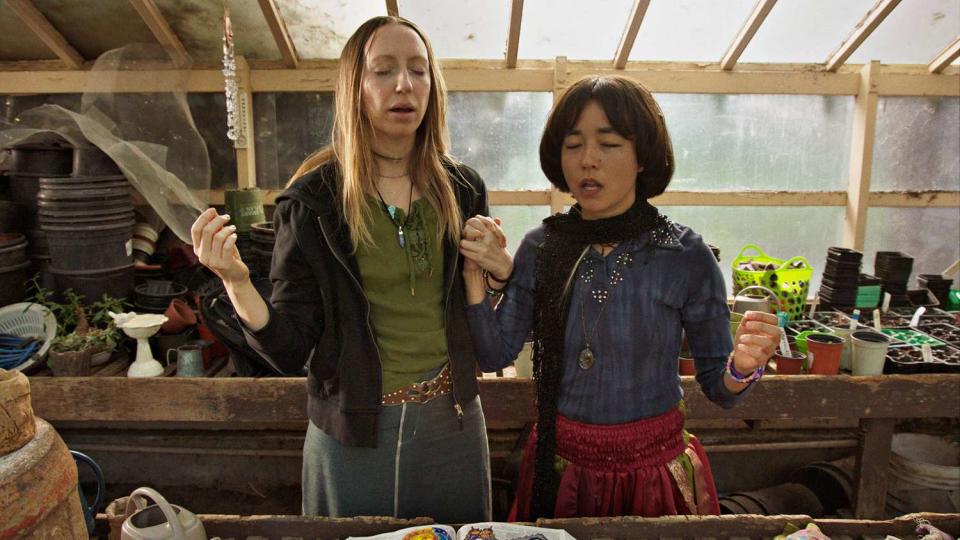 Erskine jumped in on the hypothetical conversation. “Let me show you how I did it at your age!” she teased.

“And don’t worry! A lot of people have seen your mom doing this! This was on TV!” Meyers added with a laugh.

In the costars’ June interview with Jimmy Kimmel, Erskine told the comedian that she enjoyed becoming a mom at almost the same time as her best friend.

“It actually is the best. To have a friend, a best friend, go through it at the same time,” she said, as Konkle called their situation “really special.”

Erskine later said that she believes Leon and Essie love each other already: “I’m just gonna say it, I don’t think they were like co-existing, I think they were starting deep into each other’s eyes and truly connecting.”

PEN15 is streaming now on Hulu.