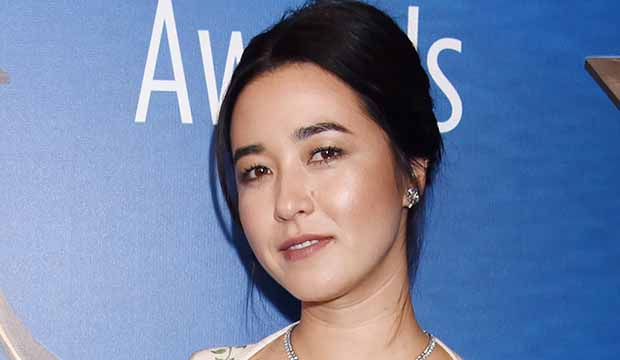 “When you’re 13 everything is life or death,” says Maya Erskine, the star, co-creator and co-writer of Hulu’s Emmy-nominated comedy “PEN15.” “It is so extreme. What’s a way to show that can be funny, but can also be heartbreaking? I love this age because it was such a turning point for me. I had so many traumatic moments. I was very ashamed of those things that I felt like I was the only one going through, yet I found that so many people can relate to it.” Watch the exclusive video interview above.

Erskine and Anna Konkle are both 34 years old, but play middle-schoolers dealing with the cringeworthy moments that teenagers face on a daily basis. “If you actually had a 13-year old doing the things we were going through, I don’t think it would be funny,” Erskine explains. “I think it would be heartbreaking the whole time. If you see us, as an audience, you can relax in a way knowing they have distance from that age so it’s not as heartbreaking. It’s funny. It’s insane.”

Season 2 begins with the episode “Pool,” in which Maya confronts a boy she has a crush on about his feelings for her. “It’s just very funny because we say that this is based on our lives at this age, but I didn’t ever go to this extreme of stalking,” she jokes. “But when I was that age I crushed on so many people and I never got anywhere with them. They were just crushes from afar. I thought guys were flirting with me, but they were really ashamed to be talking to me.”

Erskine was also the head writer of the episode “Play,” which depicts a rivalry developing between actors and techies led by Maya and Anna, respectively. Although it wasn’t shown in the episode, Maya did draw inspiration from one particular memory from drama club. “I was in a play, ‘A Little Princess,’” she explains. “My ‘father’ picks me up and spins me around and my pad flew out on stage and I was hiding my period at the time. The techies left a spotlight on it when they went to blackout. I still, to this day, don’t know if that was on purpose, but it was humiliating.”

Erskine was nominated for a Primetime Emmy for co-writing the Season 1 episode “Anna Ishii-Peters” along with Konkle and Stacy Osei-Kuffour. She has been nominated for three Writers Guild Awards and “PEN15” won the Gotham Award for Best Breakthrough Series – Shortform in 2019.

PREDICT the 2021 Emmy nominees through July 13

SIGN UP for Gold Derby’s newsletter with experts’ latest predictions

Olivia Cooke Starring in ‘Breeders’, Based on an Idea by Adam...