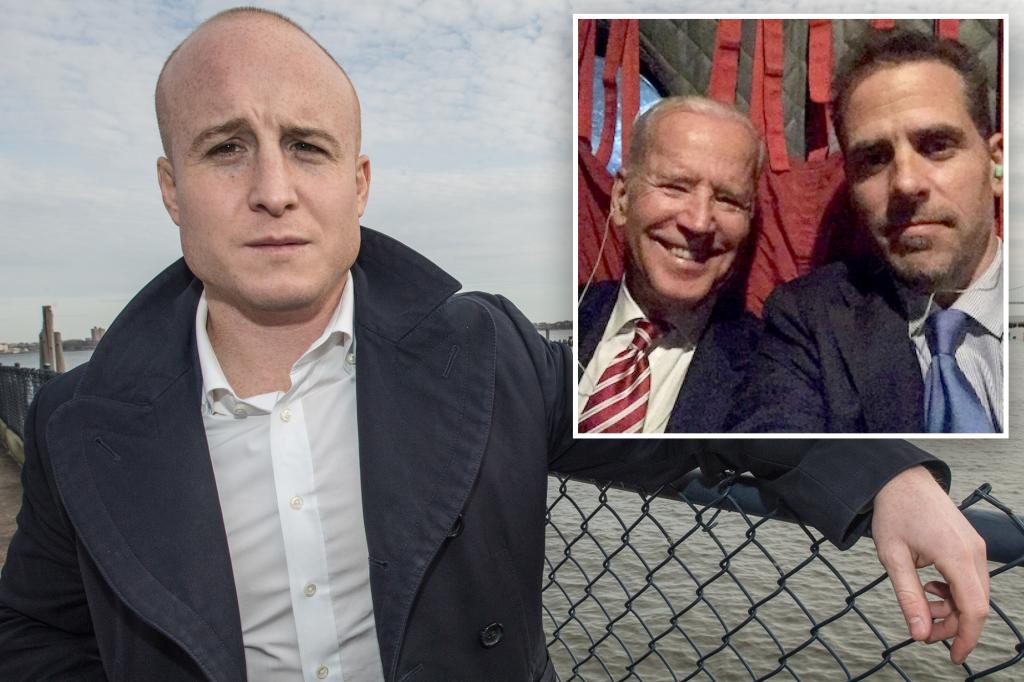 The Rose has thorns.

“There is no doubt in my mind that what Hunter Biden did was wrong, being on the [Ukrainian energy company] Burisma board and engaging in whatever else he dealt with,” Rose told The Post during a newsroom interview.

The former Army officer said the The Post — which first and accurately reported on the existence of Hunter Biden’s abandoned laptop in October 2020 — got a “raw deal” from social media companies who repudiated the story without merit, called it Russian propaganda and censored the paper.

Hunter Biden currently remains under a broad federal tax investigation and Republicans have vowed to probe further should they retake the House in the November midterm elections.

Rose — a former Congressman who is mounting a comeback in his old Staten Island district against incumbent GOP Rep. Nicole Malliotakis — said he is undaunted by the steep odds he faces.

“There is no doubt in my mind that what Hunter Biden did was wrong,” Rose said.

Dave Wasserman of the non-partisan Cook Political Report has said there is “no longer a viable path” for him to win, after a court-appointed special master threw out a Democratic gerrymander and made the district considerably more conservative.

“Dave Wasserman, Nate Silver — all these guys are jokes. They sit in their pajamas and prognosticate all day on Twitter. If they were really so good at predicting they would be making money in the stock market,” Rose scoffed.

He was quick to toss out red meat for island voters.

Start your day with all you need to know

If he goes back to Congress, Rose said he won’t be backing Nancy Pelosi as Democratic leader and that he was open to Republican proposals for “hardening” schools with more armed security. Rose would support ramping up domestic drilling to help relieve historically high gas prices. There would also be more money for police and the military, a sharp departure from his party’s past embrace of Defund The Police.

“I would give [President Biden] a B-,” Rose said, chiding the commander-in-chief over inflation and the US withdrawal from Afghanistan. Rose, an Afghan war vet, said he was deeply affected by the chaos of the departure.

“There’s no doubt that the actual execution of the withdrawal was tragic in nature. It was difficult to see,” he said. He gave Biden credit for its handling of the war in Ukraine and the response to coronavirus.

Rose also wants everyone to know he still hates Bill de Blasio — who he once called “the worst mayor in the history of New York City” — and doesn’t think much of the former mayor’s plan to become a Congressman in the neighboring 10th district.

“I am ready to give my Bronze Star to whoever beats him — because that person is truly an American hero,” he said.

‘The Boys’ showcases a wide range of art styles in NSFW...

The View fans gush over how much they love guest co-host...