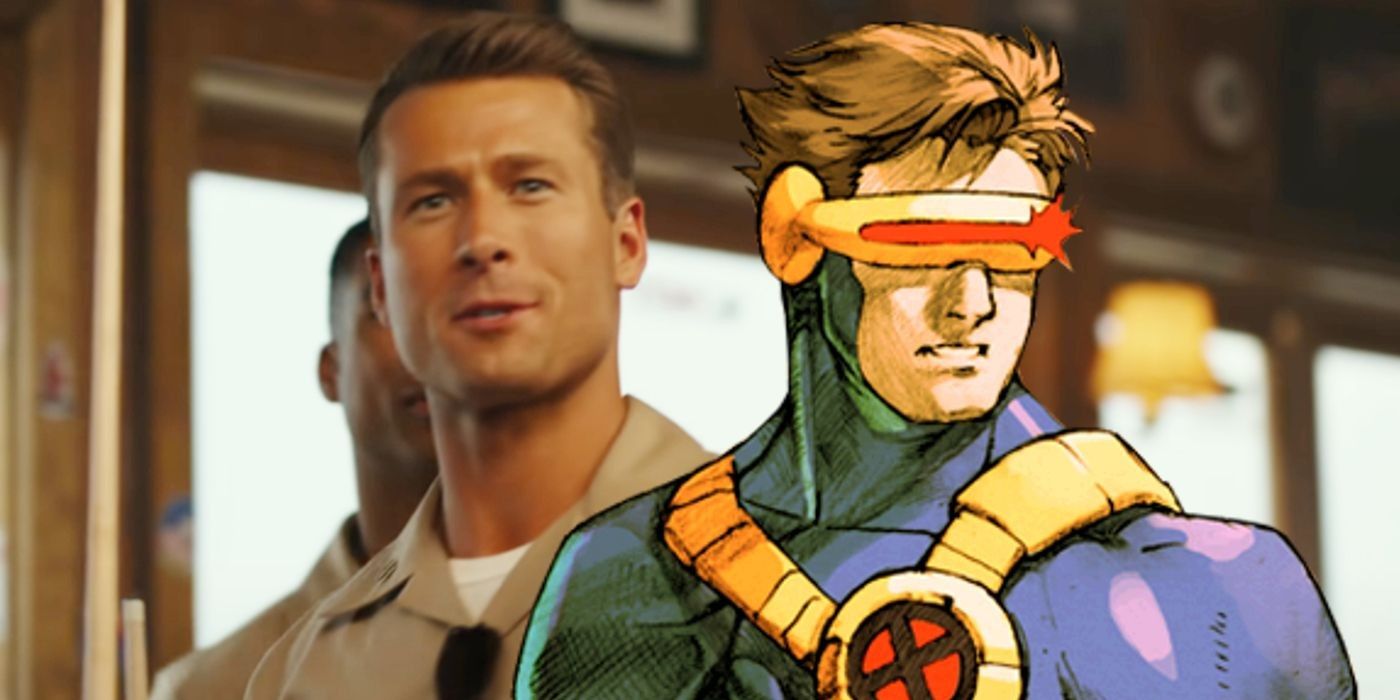 Top Gun: Maverick star Glen Powell debunks the online rumors that he is joining the MCU as the X-Men character Scott Summers, a.k.a. Cyclops.

Top Gun: Maverick star Glen Powell debunks the online rumors that he is joining the MCU as the X-Men character Scott Summers, a.k.a. Cyclops. While the MCU has been able to utilize most of Marvel Comics’ characters since the franchise launched in 2008, mutants were off-limits. After years of being owned by 20th Century Fox, the X-Men rights are now back with Marvel Studios, and the characters are on their way into the MCU. For the longest time, there were many players that either had to be excluded from the Avengers films or be re-imagined as non-mutants, like Scarlet Witch and Quicksilver.

While there were rumblings that Marvel Studios was going to unveil its big X-Men plans at this year’s San Diego Comic-Con, that didn’t happen. Even though it announced its massive plans for not only Phase 5 but also Phase 6, the mutants are so far nowhere on either of those schedules. However, it hasn’t stopped the rumor mill from churning online, with numerous actors allegedly being eyed to play various iconic X-Men characters. Due to how wild the rumors can get these days, some of them take on a life of their own, suddenly being regarded as credible or even flat-out true. A recent example was Halle Bailey having to debunk false Kitty Pryde reports that never existed in the first place.

RELATED: Everything We Know About X-Men ’97

Following Bailey’s clarification, another actor has had to debunk rumors about joining the MCU as a beloved X-Men character. In an interview with Variety, Powell, who plays Hangman in Maverick, is asked if there is any truth about him potentially playing Cyclops in the MCU. Powell acknowledges the rumors and clears the air, explaining:

“Before Comic-Con, everybody was like, “Dude, are you Cyclops?” No, I’m not. Nobody has called me. I don’t even have one contact info for Marvel, so I have no idea what people are talking about.

The original rumor about Powell getting booked as the MCU’s Cyclops came from Reddit and was never verified with Marvel Studios or Disney. This is similar to Bailey’s situation, where a Twitter user had quote-tweeted a profile piece on her, stating that the outlet had revealed that she had been cast as Kitty. However, the X-Men, Marvel, and Kitty were never even mentioned in said article. This still got enough social media buzz that many took this as a fact.

While Powell would certainly be a great choice for Cyclops, it’s key to remember that unreliable sources and outlets make up a lot of reports that turn out to be false. Hopefully, having a statement from the Top Gun: Maverick star himself will be a useful lesson in being careful about where one gets their news from in the first place. It would also be premature to start casting the X-Men for the MCU at this point since they have no set project in the Multiverse Saga and likely won’t until Phase 7. For someone like Cyclops, it will likely be years until that particular X-Men character is cast for the MCU.