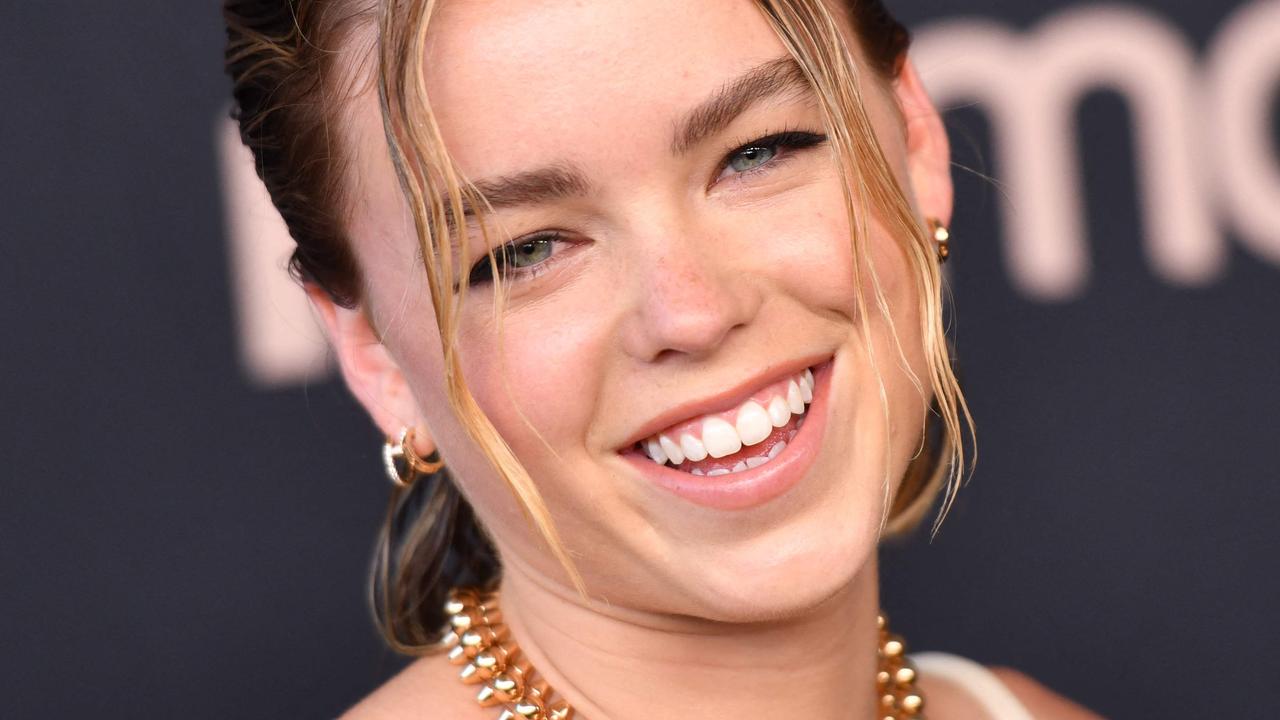 Audiences are about to plunge into the world of House of the Dragon, and just like its predecessor Game of Thrones, its ensemble cast is made up of well-known stars and “where have I seen them before?” faces.

Here are the main thesps and the roles that brought them to this moment in their professional lives.

English actor Matt Smith is probably most famous face of House of the Dragons’ ensemble cast, having played British cultural icons Doctor Who and Prince Philip.

Before nabbing the role of the Eleventh Doctor, Smith’s most prominent role had been in 2007 miniseries Party Animals, portraying a political staffer. As David Tennant’s time traveller replacement, Smith was catapulted into the stratosphere when he became the youngest actor to take on the Doctor. He was in the role for three series and five specials.

He followed that up by stepping into Prince Philip’s very expensive, custom-made shoes for two seasons of The Crown, for which he was nominated for an Emmy Award. Smith was praised for capturing the Duke of Edinburgh’s hautiness as well as the royal’s vulnerability as the Queen’s mostly powerless consort.

But his time on The Crown was embroiled in controversy when it was revealed Smith had been paid more than his co-star Claire Foy, despite Foy having the larger, more demanding and title role. Foy’s salary was later upped to match his.

Smith parlayed his TV celebrity into movie roles in Terminator Genisys, Charlie Says (where he played Charles Manson), His House and as villainous creeps in Edgar Wright’s stylish thriller Last Night in Soho and comic book vampire flick Morbius. Most recently, he took on the role of a wealthy party host in The Forgiven, which also starred Jessica Chastain and Ralph Fiennes.

Treading the boards since she was eight years old, Olivia Cooke got her start through a local theatre workshop in her hometown of Oldham.

Her first big break came when she landed the role of Emma Decody in Bates Matel, a prequel series to Alfred Hitchcock’s Psycho. Her character had started the show as Norman Bates’ love interest and manage to survive the whole five seasons.

Cooke followed that up as William Thackeray’s scheming social climber Becky Sharp in the 2018 TV adaptation of Vanity Fair – great experience for her role as the manipulative Alicent in House of the Dragon.

On the silver screen, Cooke has been in a raft of studio and indie movies including Me and Earl and the Dying Girl, Thoroughbreads, Sound of Metal, Pixie and as one of the leads in Steven Spielberg’s big budget sci-fi epic Ready Player One.

HOTD isn’t Cooke’s only prominent TV role this year – she was also one of the leads in Apple TV+’s spy show Slow Horses, opposite Gary Oldman and Kristin Scott Thomas. Slow Horses has already been renewed for four seasons.

A constant presence in film and on TV, English star Paddy Considine has had memorable roles over the years, including as the doomed journalist weaving his way through Waterloo Station in the Bourne Ultimatum – it was one of the most suspenseful sequences to feature in a spy thriller, so that’s saying a lot.

His most high-profile film projects have included Justin Kurzel’s Macbeth, The Death of Stalin, Miss You Already, Cinderella Man and two of Edgar Wright’s Cornetto Trilogy, Hot Fuzz and The World’s End.

On the smaller screen, Considine had starred in a series of TV movies called The Suspicions of Mr Whicher and had been making a splash in recent years as a recurring character on Peaky Blinders, Stephen King adaptation The Outsider and Jude Law series The Third Day.

He’s also a filmmaker, having written and directed Tyrannosaur, a feature he adapted from his own short film, and which starred Olivia Colman, Eddie Marsan and Peter Mullan.

Stream House of the Dragon from August 22 on BINGE. New customers get a 14-day free trial. Sign up at binge.com.au

Emma D’Arcy is a relative newcomer on the scene, compared to some of their more experienced scene partners, but that doesn’t mean they can’t hold their presence on screen.

They have been in several theatre productions at smaller venues, including The Crucible, Romeo and Juliet and Pillowman while their TV roles have included the divisive Netflix miniseries Wanderlust, the promptly cancelled Rob Lowe drama Wild Bill and Hanna. They were one of the leads in Nick Frost and Simon Pegg’s supernatural comedy Truth Seekers.

On film, D’Arcy has been in Misbehaviour, a Keira Knightley dramedy about the feminist protest at the 1970 Miss World Competition, and Mothering Sunday, a romantic drama which starred Odessa Young, Olivia Colman and Colin Firth.

House of the Dragon will be their most prominent role yet.

House of the Dragon will be the young Australian actor’s first international role, and what a platform on which to step up for your global debut.

Alcock, all of 22 years old, has been in many local productions, starting with guest and recurring roles in TV shows such as Wonderland, Janet King and A Place to Call Home. She was also in Foxtel show Fighting Season, Les Norton, Reckoning, The Gloaming and ABC series Pine Gap, the latter of which was a Netflix co-financed production.

But her most prominent role so far has been the scene-stealing co-lead in Upright, the dramedy developed, co-written by and starring Tim Minchin. Alcock has also wrapped filming on a second season of the series.

Steve Toussaint has been a prolific actor in his near three-decade career on screen.

From one of his earliest roles as a nondescript squadron leader in the critically reviled Sylvester Stallone Judge Dredd to playing John Boyega’s dad in Alexander McQueen’s Small Axe, Toussaint leaves his mark.

He’s been in a raft of British TV shows such as Holby City, The Bill, Doctors, My Dad’s the Prime Minister, The Knock, It’s a Sin, Death in Paradise and Silent Witness – and like most British actors who have been around on TV long enough, he’s played a cop a bunch of times.

The RADA-trained actor is most recognised for her role on Nurse Jackie as Edie Falco’s onscreen best friend, a role she played for five seasons.

Also on TV, Best has been in Prime Suspect: The Final Act, Vital Signs, The Inspector Lynley Mysteries, The American Experience and in all eight episodes of the Maggie Gyllenhaal-led political thriller The Honourable Woman.

If you were lucky enough to have seen Best in theatre, you may have witnessed her on stage in a bunch of Royal National Theatre and Shakespeare’s Globe productions including Macbeth, The Cherry Orchard, The Coast of Utopia and Much Ado About Nothing.

Former ballet dancer and model Sonoya Mizuno got her first big break in Alex Garland’s Ex Machina, as an AI android who was abused by her creator, played by Oscar Isaac.

Mizuno’s partnership with Garland continued in the filmmaker’s next work, Annihilation, but you may not have seen her face – she was the mirror dancing alien in that bonkers scene at the end with Natalie Portman. In Garland’s next project, the cerebral and philosophical miniseries Devs, he cast Mizuno as the lead, a computer engineer who is pulled into a plot after the disappearance of her partner.

She is also known for her appearance in Crazy Rich Asians, as the bride Araminta Lee, and shared a screen with Emma Stone in two projects, La La Land and Netflix series Maniac.

What hasn’t Rhys Ifans done? The Welsh actor and musician gives Matt Smith a run for his money as the most recognisable star in House of the Dragon.

Ifans stole every scene he was in as Hugh Grant’s kooky and exhibitionist housemate in Notting Hill, among his many film credits which includes Little Nicky, The Replacements, The Shipping News, Vanity Fair, Enduring Love, Elizabeth: The Golden Age, The Boat That Rocked, The Five-Year Engagement and Official Secrets.

Younger fans might know him as the conspiracy loving Xenophilius Lovegood in the Harry Potter movies while he’s also played the slithering and clobbering villain Dr Curt Connors/Lizard in The Amazing Spider-Man, the latter was a role he recently reprised via voice performance in Spider-Man: No Way Home.

On TV, Ifans had a recurring role as Mycroft Holmes in Elementary and he was one of the leads in Berlin Station.

He also had a memorable starring role in the film clip to Oasis song, “The Importance of Being Idle”.

Fabien Frankel has only been in the business for a few years but he made an impression in Netflix true crime series The Serpent, in which he played Dominique Renelleau, a real-life French backpacker who managed to escape death at the hands of serial killer Charles Sobhraj.

He has also had parts in the NYPD Blue TV movie reboot, an episode of An Uncandid Portrait, the Emilia Clarke rom-com Last Christmas and is one of the leads in the upcoming farce comedy Venice at Dawn.

House of the Dragon will premiere on Monday 22 August at the same time as the US, streaming on Binge. The series will also be available to watch on Foxtel in 4K Ultra HD

Originally published as Who’s who in House of the Dragon

Rebecca Ferguson is a vision in striking black gown as she...