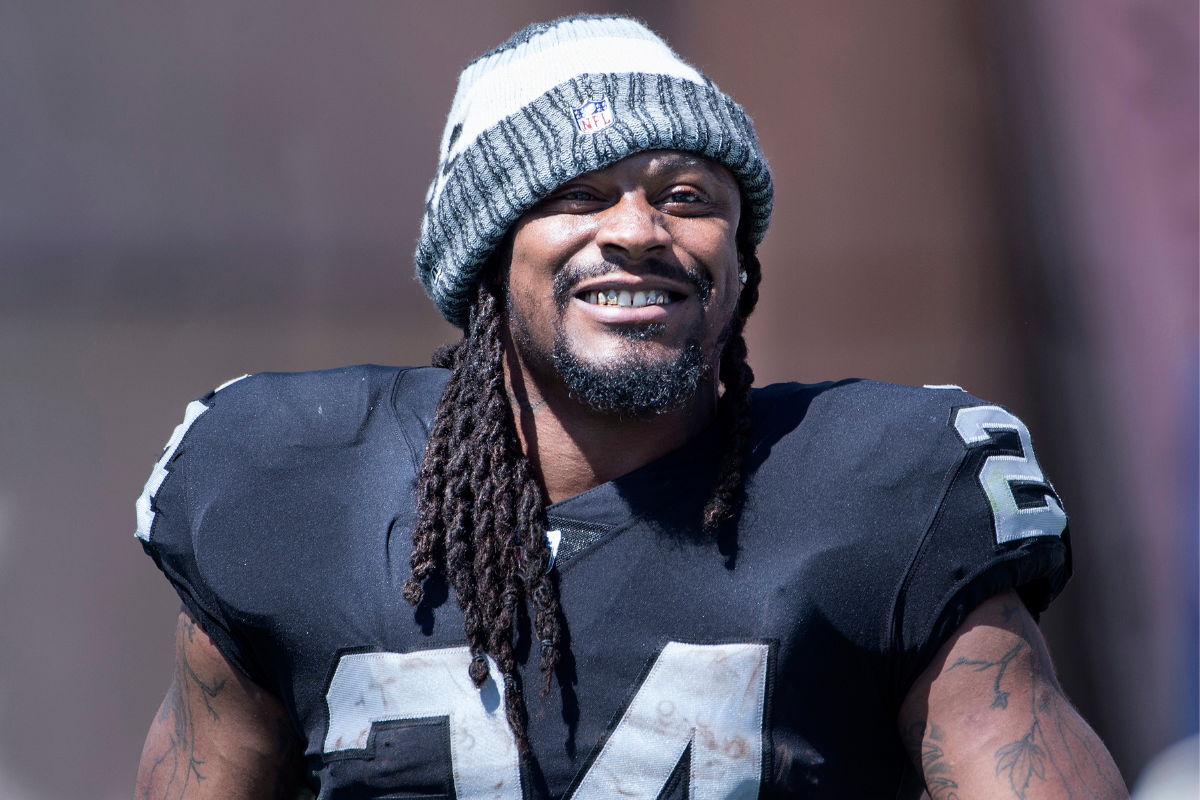 Marshawn Lynch was a dominating rusher in his heyday, capable of running through even the most talented defenders.

Beast Mode’s running style saw him ferociously break tackles and absorb contact, which is part of what made him such a joy to watch.

The 35-year-old is currently a free agent and it’s unclear if he will take the field in a National Football League game again.

There’s certainly no financial pressure for Beast Mode to sign on with a team, as he’s made quite the fortune for himself through his playing career and endorsements, and is seemingly enjoying his time away from the game.

Marshawn Terrell Lynch was born in Oakland, California, and raised by his mother, Delisa. Lynch attended Oakland Technical High School where he starred as a four-sport athlete, participating in basketball, football, wrestling and track and field.

Coming out of high school, Lynch was ranked as the No. 2 running back in the country by 247Sports, behind only Adrian Peterson. He was recruited heavily, particularly by West Coast teams, and ended up staying in state and attending the University of California, Berkeley, where he majored in social welfare. 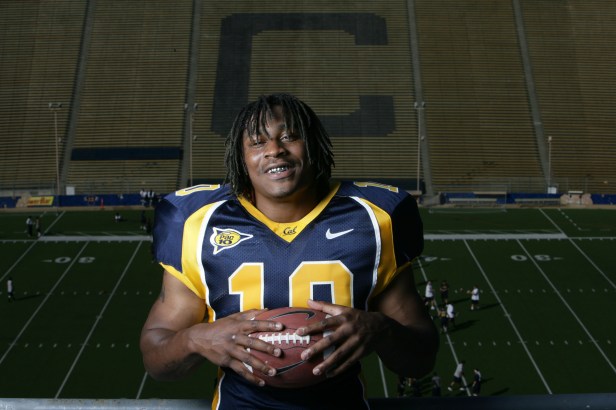 Across three seasons at Cal, Lynch racked up over 3,200 rushing yards and scored 29 touchdowns. He was named Pac-10 Offensive Player of the Year and First-Team All-American as a junior in 2006 when he led the conference with 1,356 rushing yards.

Lynch was also named Holiday Bowl MVP after the Golden Bears’ victory over Texas A&M. He also played on the same football team as Aaron Rodgers in 2004. You may have heard of him. 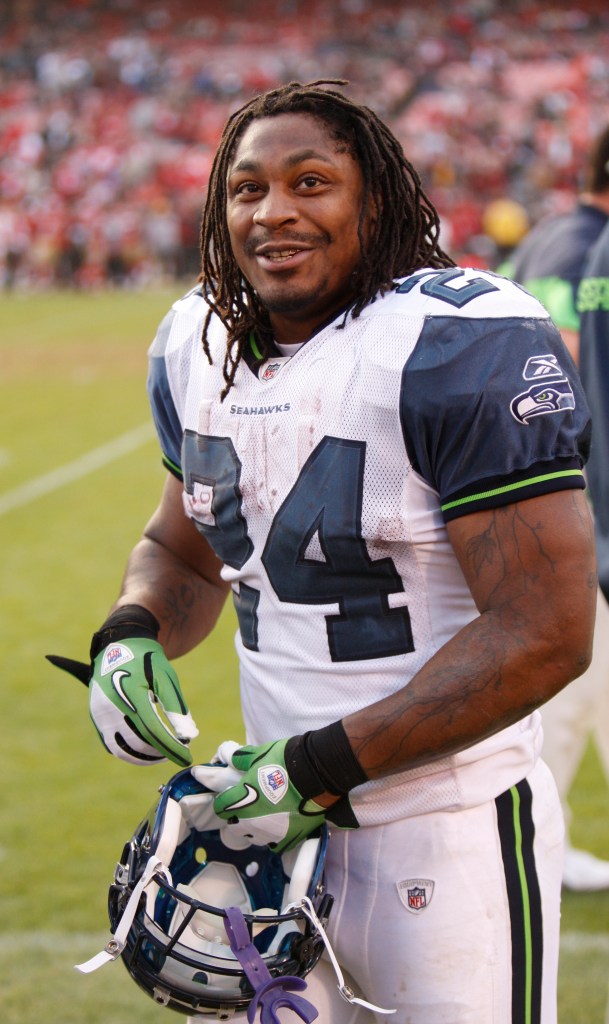 Marshawn Lynch was drafted in the first round of the 2007 NFL Draft as the 12th overall pick by the Buffalo Bills. He got off to a fast start as a professional football player, racking up over 1,000 rushing yards in each of his first two seasons and earning a Pro Bowl bid in 2008. His first contract in Buffalo was a six-year, $19 million deal.

Following a three-game suspension for a misdemeanor weapons charge, Lynch was replaced as the Bills’ starting running back by Fred Jackson. In 2010, Lynch was traded to the Seattle Seahawks in exchange for a pair of draft picks.

Lynch truly rose to prominence in Seattle, becoming a force to be reckoned with in the backfield. In his first career playoff game, Lynch recorded an incredible 67-yard touchdown run called the “Beast Quake” (because it literally shook the ground), during which he broke an absurd nine tackles en route to the end zone against the New Orleans Saints, helping the Seahawks advance to the NFC Divisional Round.

In his first full season with the Seahawks in 2011, Lynch rushed for 1,204 yards and 12 touchdowns, making his second career Pro Bowl. He was rewarded with a four-year extension worth $30 million.

In 2012, Lynch ran for a career-high 1,590 yards and scored 11 touchdowns, once again making the Pro Bowl while also earning First-Team All-Pro honors for the first time in his NFL career.

Lynch was a key contributor for the Seattle Seahawks’ Super Bowl winning team in 2013, led by quarterback Russell Wilson and coached by Pete Carroll. During the regular season he scored 12 rushing touchdowns and scored four more touchdowns in Seattle’s three playoff games, including a one-yard punch-in during Super Bowl XLVIII against the Denver Broncos. 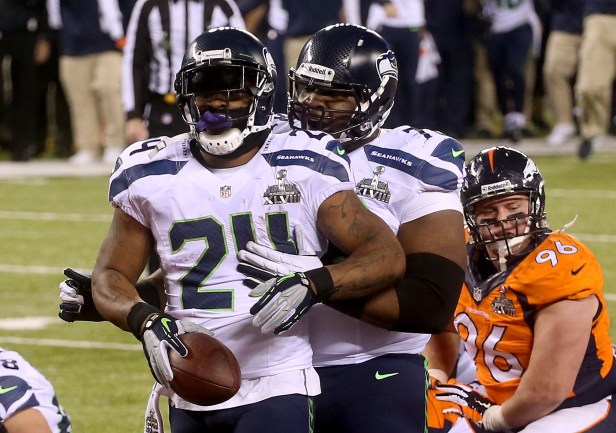 The Seahawks returned to the Super Bowl in 2014 for a clash with the New England Patriots. The Seahawks lost a thrilling game after the team infamously opted to pass the ball at the one-yard line instead of simply handing it off to the powerful Lynch.

Lynch played in just seven games for the Seahawks in 2015 due to a sports hernia injury, and announced his retirement from the NFL after the season.

After sitting out the 2016 season, Lynch returned to football, signing a two-year, $9 million deal with his hometown team, the Oakland Raiders. He played in 21 games in Oakland across two seasons, picking up 1,267 yards and 10 touchdowns.

Lynch retired for the second time after the 2018 season, but he ended up returning to action for his 12th NFL season in Week 17 after the injury-plagued Seahawks came calling. He joined the team for their playoff run, scoring two touchdowns in the postseason. 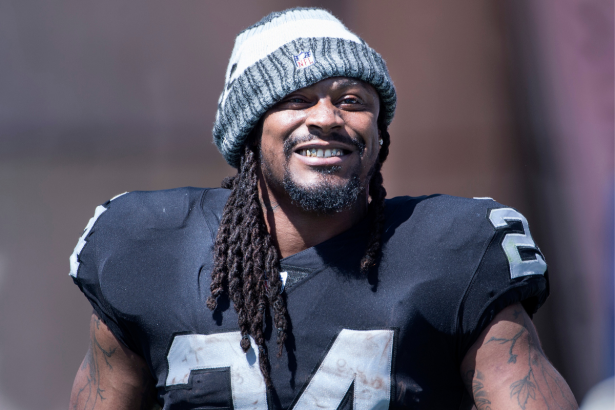 According to Spotrac, Marshawn Lynch made over $56 million throughout his 12-year football career as an NFL player. His highest average annual NFL salary came from the two-year deal he signed with Seattle in 2015, worth $12 million per year, with a $7.5 million signing bonus and $12 million in guaranteed money.

He reportedly never spent a dime of his on-field money during his career. Instead, he lived off the money he made in endorsements.

“Marshawn Lynch has a lot of money,” NFL Network‘s Ian Rapoport said. “He hasn’t spent a dime of his actual playing money…ever.” 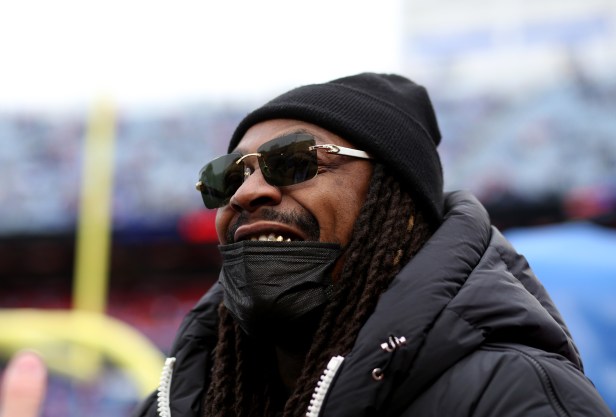 Lynch’s fortune was also aided by his popularity in the league, which led to the running back earning a handful of endorsement deals. In addition to Skittles, his most renowned sponsorship, Beast Mode had endorsement deals with Pepsi, Nike, Progressive and Microsoft. He is reported to have earned nearly $5 million per year, per Forbes, through his sponsorships.

According to Celebrity Net Worth, Marshawn Lynch’s net worth is estimated at $35 million. It helps that he seems to be financially wise in terms of his spending habits.

Whether or not Lynch returns to the gridiron for another playoff run in 2022, his NFL career has earned him more than enough to live lavishly in retirement. If he does decide to come back, it won’t be for the paycheck.

Editor’s Note: Products featured on FanBuzz are independently selected by our editors. However, when you buy something through our links, we may earn a commission.

Way up there in blue: Seven children dead in Kabul — who is to...

Ruben Randall - August 20, 2022 0
Money
Despite the scandals that chased him out of the White House, Clinton booked 57 speeches in the first year after he left office.That year...

James Corden Net Worth Explored as He is Set to Bid...