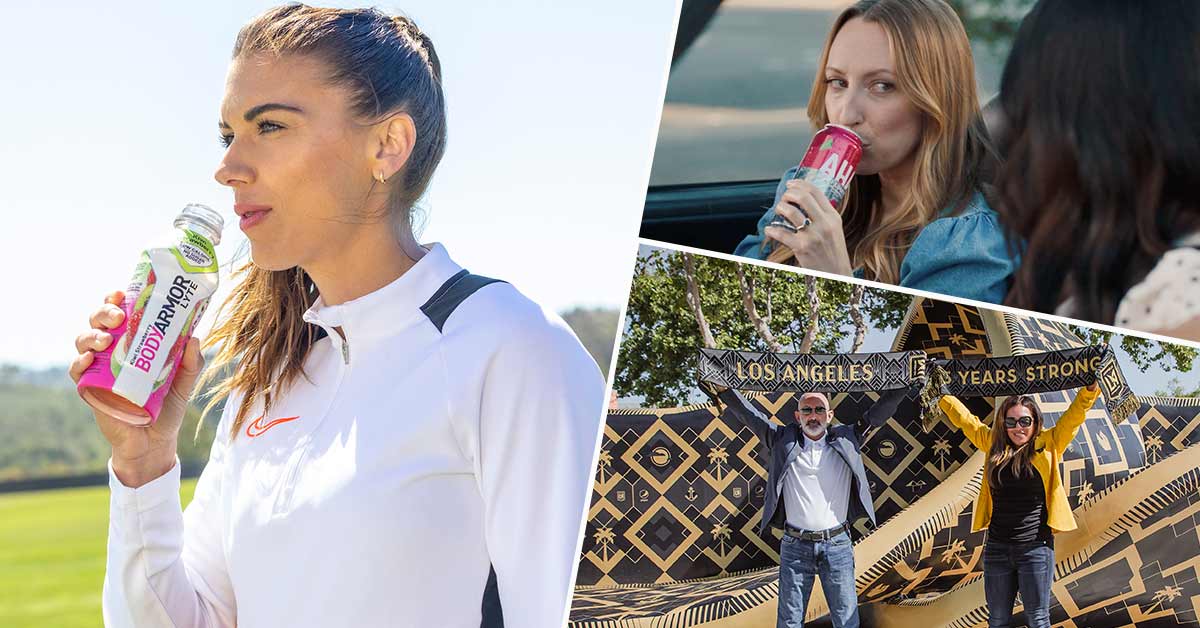 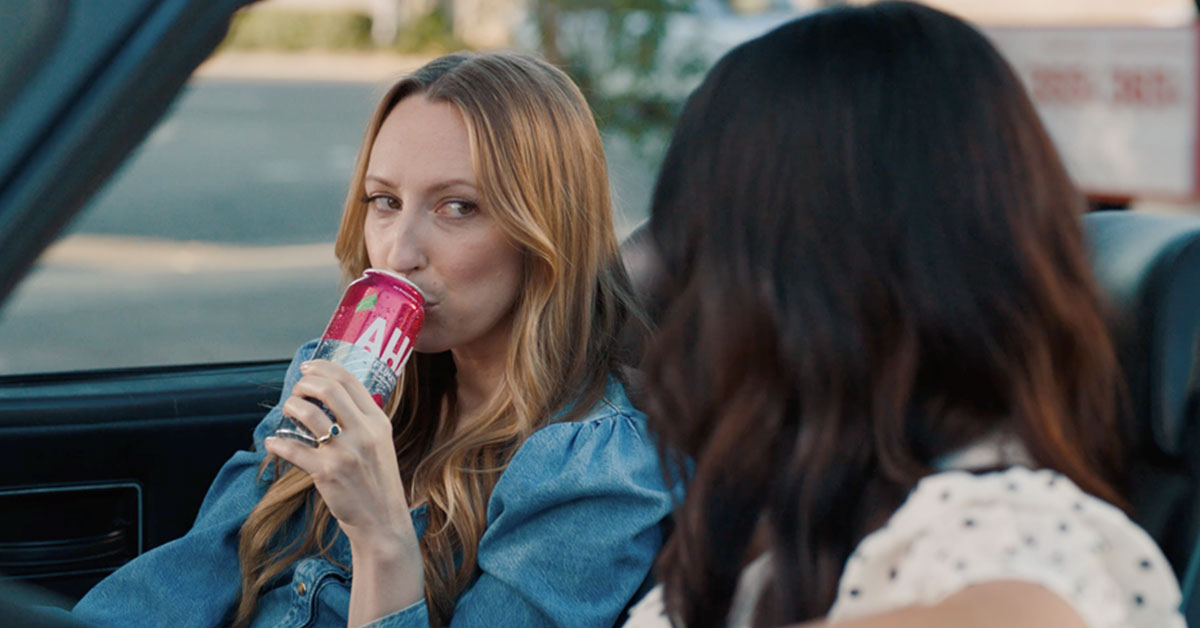 Even though Hulu comedy series “PEN15” has concluded, the show’s writing duo, Maya Erskine and Anna Konkle, will once AHAgain have you laughing at your screen, this time with their new ad campaign for Coca-Cola’s AHA sparkling water.

The brand partnered with the pair to be the faces of “Can I Get an AHA?,” its new 360-degree marketing campaign in which Erskine and Konkle sip on the sparkling water while making a pit stAHAp. “We designed ‘Can I Get an AHA?’ to be fun for those who love cracking open a refreshing and delightful AHA,” said the brand. “We hope they get some lAHAughs out of these humorous films that invoke fun in the name of flavor.”

“The script was just really funny and the director is so good, and then, in addition, loving the product, it just kind of was a no-brainer and it was so fun to do with Maya,” said Konkle during an interview with BevNET.

“I had already seen a commercial before and I’d always been like, ‘This is incredible.’ It really speaks to our weird sensibility and sense of humor and it felt so authentically funny,” added Erskine.

The new campaign comes on the heels of the launch of three new flavors: Blackberry + Lemon, Pineapple + Passionfruit and Fuji Apple + White Tea, the latter of which packs 30 mg of caffeine per 12 oz. can.

“I think it’s the variety of flavors and the combination of two fruits or two flavors that, to me, that’s what makes sparkling water taste better than when it’s just a singular item. When it’s a blend of fruits it makes it taste better, more refreshing, and less like it’s trying to be something,” said Erskine. 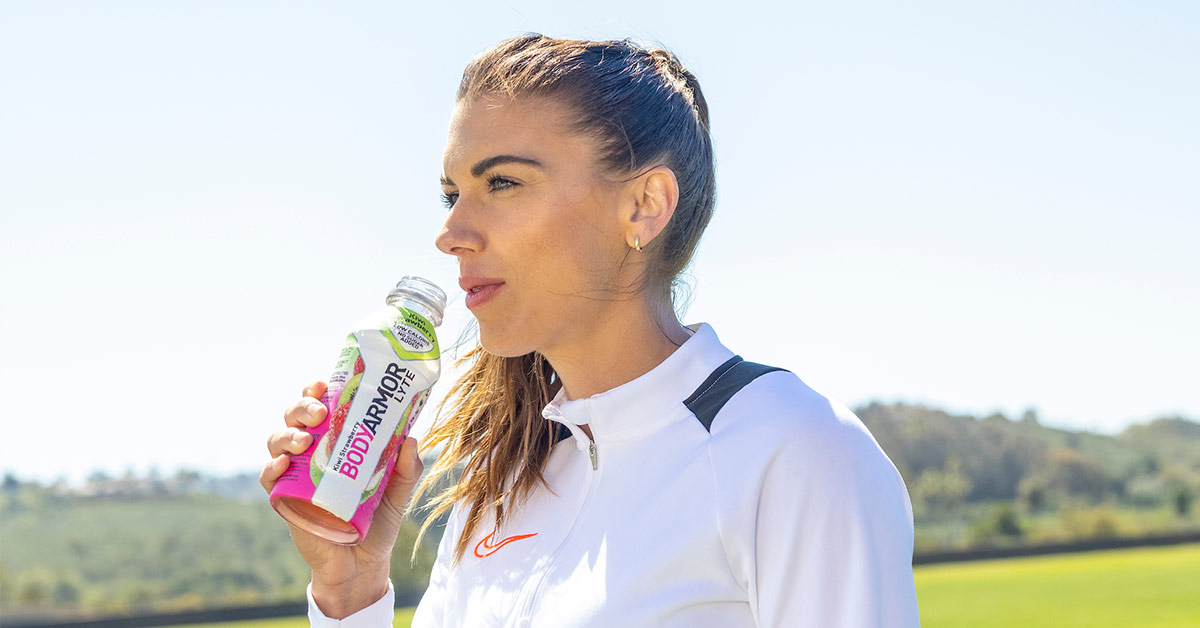 Sports drink maker Body Armor has teamed up with U.S. soccer star Alex Morgan for its newest iteration of the brand’s “One More” television ad campaign.

“I take pride in working with brands that I have a passion for, and BODYARMOR is an incredibly natural fit for me – I’ve been drinking it every day every single day for a very long time,” said Morgan in a press release. “Beyond offering superior hydration that allows me to get everything I need on and off the field, BODYARMOR has an inspiring athlete roster and is the fastest-growing brand in the sports drink category.”

“At BODYARMOR we truly believe in the power of “One More” and we live by that motto every day – and we saw that same mentality in Alex Morgan, too. Through shared beliefs, this partnership symbolizes how Alex is committed to outworking the competition, striving for more, and hydrating with BODYARMOR,” said BODYARMOR VP of Marketing Michael Fedele.

Meanwhile, the sports drink brand is also bringing some start power to its caffeine-added BODYARMOR EDGE with that line’s first-ever national television ad campaign, titled “EDGE vs. EVERYBODY.” Athlete partners Ja Morant, Mookie Betts, Skylar Diggins-Smith, and Kyler Murray are featured in the ads, which debuted during the opening round of the 2022 NBA Playoffs this weekend.

“The constant drive to be better, outwork the competition and prove ourselves are qualities that BODYARMOR and I have in common,” said Morant in a press release. “In the new BODYARMOR EDGE spot you’ll see the motivation to put in late hours and take on even the fiercest competition firsthand. I’m proud to be part of this campaign and ready to show fans that there are better-for-you sports drink options out there.” 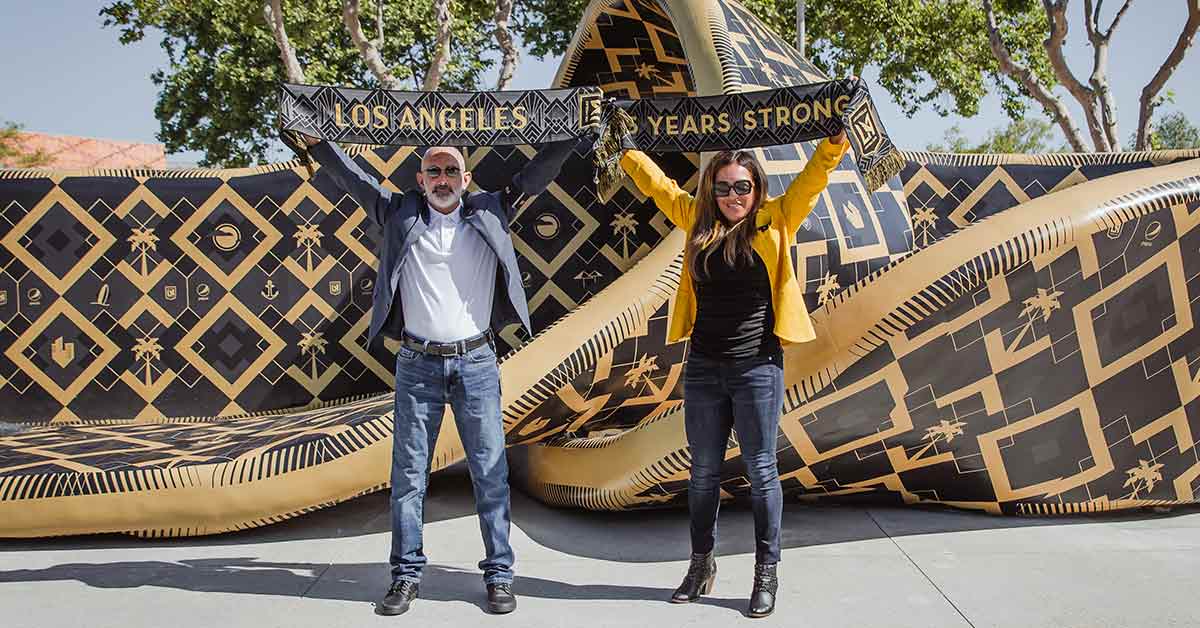 Pepsi has partnered with The Los Angeles Football Club to launch “Scarves Up for Good,” a community giveback program.

The program launched earlier this month with the unveiling of the 35-foot-long Pepsi and LAFC Scarf Sculpture in the open-air Pepsi Plaza at Banc of California Stadium, honoring the beloved fan tradition of twirling scarves in the air to rally the home team.

“The Scarves Up for Good community program is reflective of the kind of collaboration among our Club, partners and community that has always been our goal,” said LAFC Co-President and Chief Business Officer Larry Freedman in a press release. “We are grateful to have a dedicated, Golden Boot Club partner like Pepsi that fully embraces our pillar of being a force for good in Los Angeles.”

All visitors to Banc of California Stadium will be able to help raise money for the community program by taking a photo in front of the Scarf Sculpture and posting it on Facebook, Instagram or Twitter with the hashtag #ScarvesUpForGood. For each post with the hashtag, Pepsi will pledge $1 to be donated to the LAFC Foundation (up to $25,000) to assist with the build of the Mo Fascio Memorial Futsal Court in South Los Angeles.

Fans can participate in the Scarves Up for Good campaign now through October 9, 2022. 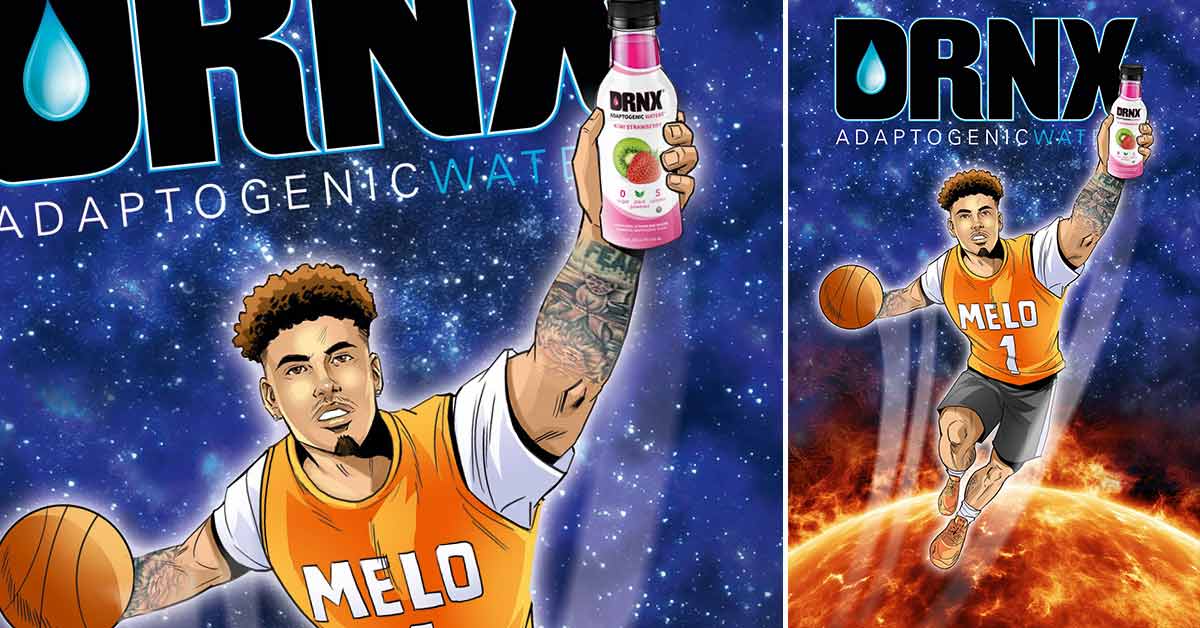 “DRNX, like myself, is truly one of one, and I wanted to help bring it to the world,” said Ball. “I am really loving my new signature Kiwi Strawberry flavor.”

DRNX is currently available in Ginger Lime, Mango Turmeric, Elderberry Grape and new Kiwi Strawberry. Each bottle contains over 20 functional ingredients, including maca, holy basil and ashwaganda in addition to delivering 100% of the daily B vitamin requirement.

All DRNX flavors are available online via DRNX, Amazon and Instagram and in stores located in Charlotte, North Carolina and New York City. 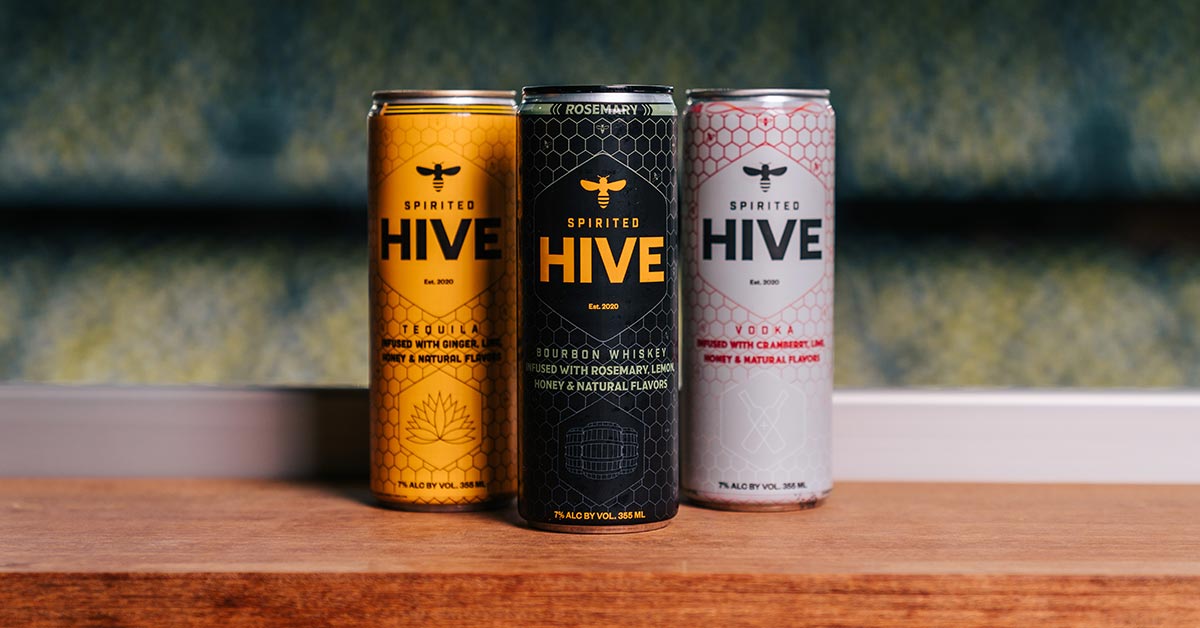 “I know that our partnership with Nashville SC is going to be unmatched. Just like soccer is about teamwork, camaraderie, and bringing friends together, Spirited Hive is a drink that brings the whole hive together, making it even sweeter with a little bit of honey,” said Spirited Hive founder Jack Espy.

The brand is set to debut at GEODIS Park, the club’s new home, on May 1. The ready-to-drink cocktails will be served at two standalone bars and throughout the stadium’s bar carts.

Ruben Randall - June 21, 2022 0
TV/Movies
If you purchase an independently reviewed product or service through a link on our website, Rolling Stone may receive an affiliate commission. It’s an exciting...