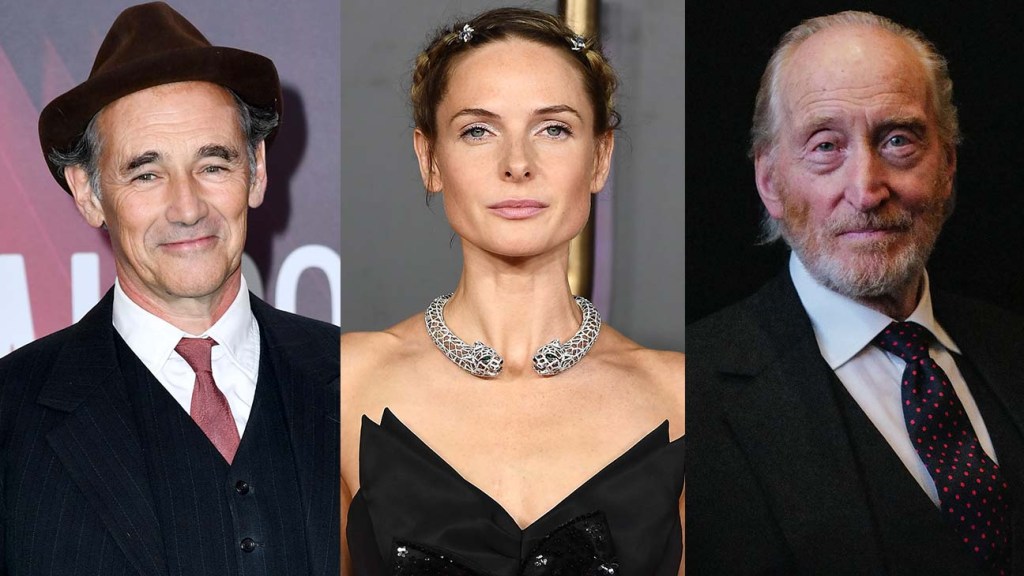 In the series, which premieres on Nov. 8 from the studio Realm, Ferguson portrays the world’s most advanced robot who has become the target of the NSA and the president of the United States, who want to decommission the robot after believing she has gone rouge. The robot’s maker, played by Rylance, must contend with his creation and her evolving consciousness as the two have discussions about morality and purpose over the course of dinner. Audio from that dinner forms the basis of the series.

Sting, Styler’s husband, also makes a cameo in the series.

“We are so pleased to partner with K.B., Teressa and Trudie on bringing Spark Hunter to the world,” Molly Barton, Realm’s CEO and co-founder, said. “It is an elegy on our collective future, a Blade Runner for today, and we’re so excited for listeners everywhere to experience it.”

Arnold Schwarzenegger’s Son-in-Law Chris Pratt Has a ‘Promise’ After Being ‘Blown Away’ by ‘Special’...