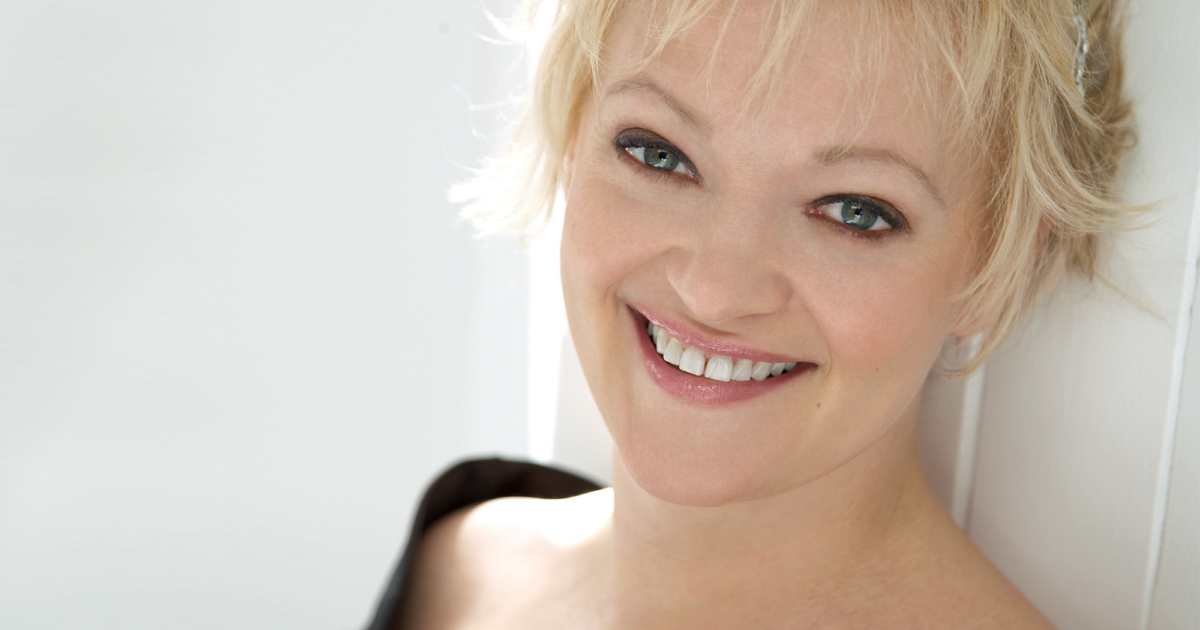 Broadway and West End favorite Maria Friedman is having quite the fall, with a gala concert engagement set for September 24 with Connecticut’s Orchestra Lumos in Stamford and a starry Off-Broadway revival of Stephen Sondheim’s Merrily We Roll Along next on the horizon, set to begin at New York Theatre Workshop November 21.

Known for her world class vocal stylings and three-time Olivier-winning stage performances, Friedman is also an accomplished director, and will be at the helm for the Merrily revival. The production is the culmination of work that began for Friedman in 2012, when the revival was first staged at London’s Menier Chocolate Factory. The staging made its North American debut at Boston’s Huntington Theatre Company in 2017, also directed by Friedman.

“It grows and grows. It gets better and better,” Friedman shared over a recent Zoom call from her London home. “This will, I hope, be the definitive production.”

The musical, with a score by Stephen Sondheim and a book by George Furth adapted from the Kaufman and Hart play of the same name, famously tracks three friends over 20 years of forging artistic careers in reverse, starting when the characters are in their 40s and gradually moving backwards until they’re in their early 20s. NYTW’s revival has been in the works for quite some time, but Sondheim’s 2021 passing made it tricky for Friedman.

“Steve [Sondheim] was making it with me before he died, and he wanted this particular production in his hometown. We didn’t come earlier because the rights were taken up on various other machinations of it, but he wanted this one and thank God it got announced and it had to happen, because when he died, I really wanted to not do it. My heart broke. I was doing it for him because of the history of the piece and wanted it to be a success for him. To actually have that piece with all its history in New York with him guiding us was going to be such a unique experience for me and the cast. But everyone said, ‘He wanted this, so you need to do it.'”

Friedman’s history with Merrily goes beyond this revival, having played Mary at Leicester’s Haymarket Theatre in 1992, one of the first major U.K. productions of the work. Friedman is hardly surprised that she’s not the only theatre artist that has enjoyed a long association with the musical.

“It’s because we grow up with it. Every part of our life is reflected in it. I don’t see it as a piece about people making art. I see it about people not being mindful enough about what’s important in their life, which is friends—people. That’s the most important thing. And you can have all the success you want in the world in whatever field, and if you’re not careful about the people, you’ll find yourself at the top of some very wonderful mountain alone. It’s a piece without judgement. It’s an observation. It doesn’t have answers, and I think that’s why we can all see ourselves at various points in that piece.”

For the NYC run, Friedman has an assembled an all-star cast, led by stage and screen favorite Daniel Radcliffe as composer Charley Kringas. According to Friedman, the Harry Potter star’s casting is hardly a stunt.

“He is Charley. He’s many other things, but I can’t think of better casting for Charley. We’ve met several times since he was cast, and his passionate intelligence and musicality and wit is just a natural fit. With all the success Daniel has had, he’s still a purist. He wants to do good work. He’s a man of great integrity. He’s kept his friends forever. He’s a very loyal man, honest, true, bright, intellectual. He could be a living Charley, except he doesn’t have the judgement on other people that Charley does.”

But before Friedman gets to work directing Merrily, she’s poised to hit the stage and perform some Sondheim, including songs from Merrily, at Orchestra Lumos’ gala concert at the Palace Theatre in Stamford, Connecticut September 24. She’s chosen to focus the evening on Sondheim and two other late composers who impacted her artistic life in profound ways, Marvin Hamlisch and Michel Legrand.

“When Steve died, rather than jump on a bandwagon of everyone doing memorials, I got to thinking how those three men had impacted my musical life and how they’d all gone. I felt very bereft, and therefore a way of healing and keeping them with me is by singing their songs.”

Friedman worked extensively with all three during her theatre and concert careers, originating the Sondheim roles of Fosca in Passion and Dot in Sunday in the Park With George in London’s West End and becoming a noted interpreter of the Hamlisch and Legrand song catalogs in her cabaret and concert career, but it’s the quality of their work that draws her to their material more than any personal association.

“It’s always story and lyrics with me—they’re so essential, particularly with Marvin and Steve’s work. They were theatre people who really believed in storytelling. They spent their life doing it. I also look for something that hits my heart. Steve and Marvin, within one or two notes you know who composed it. They come with their own stamp, their originality. And Michel worked with such extraordinary tunes. Ultimately, it’s that I have to love them. I love the songs that I sing, and I love a variety. They gave me a great breadth for things to choose from, to be able to explore my artistry through theirs.”

With all three songwriters having passed, the concert has Friedman thinking about legacy, particularly because the evening will also see her sharing the stage with young area artists. And what legacy does Friedman want to pass along to the next generation of artists?

“It’s got to be undiluted joy and gratitude with the world. I’ve always felt it’s one of the luckiest things in the world to be allowed to sing for a living, to tell stories for a living. To be in a theatre together, telling stories together is such a luxury and a privilege, so I really want to pass that it’s simple, hard work, but a joy. You have a duty to bring your heart and soul to whatever you do.”

Tickets for Friedman’s Connecticut concert, her only North American performance date this season, are available at OrchestraLumos.org.

Can LeBron James’ ‘Desperation’ Win vs. Warriors Be a Turning Point for Lakers? |...

Ruben Randall - September 23, 2022 0
TV/Movies
Image via Marvel Studios/Disney Plus The following article contains spoilers for the sixth episode of She-Hulk: Attorney at Law. The newest episode of...