Marcel the Shell with Shoes On Trailer

Dean Fleischer-Camp, Nick Paley, and Jenny Slate wrote the screenplay for Marcel the Shell with Shoes On. Disasterpeace created the music for the film. Eric Adkins and Bianca Cline crafted the cinematography for the film. 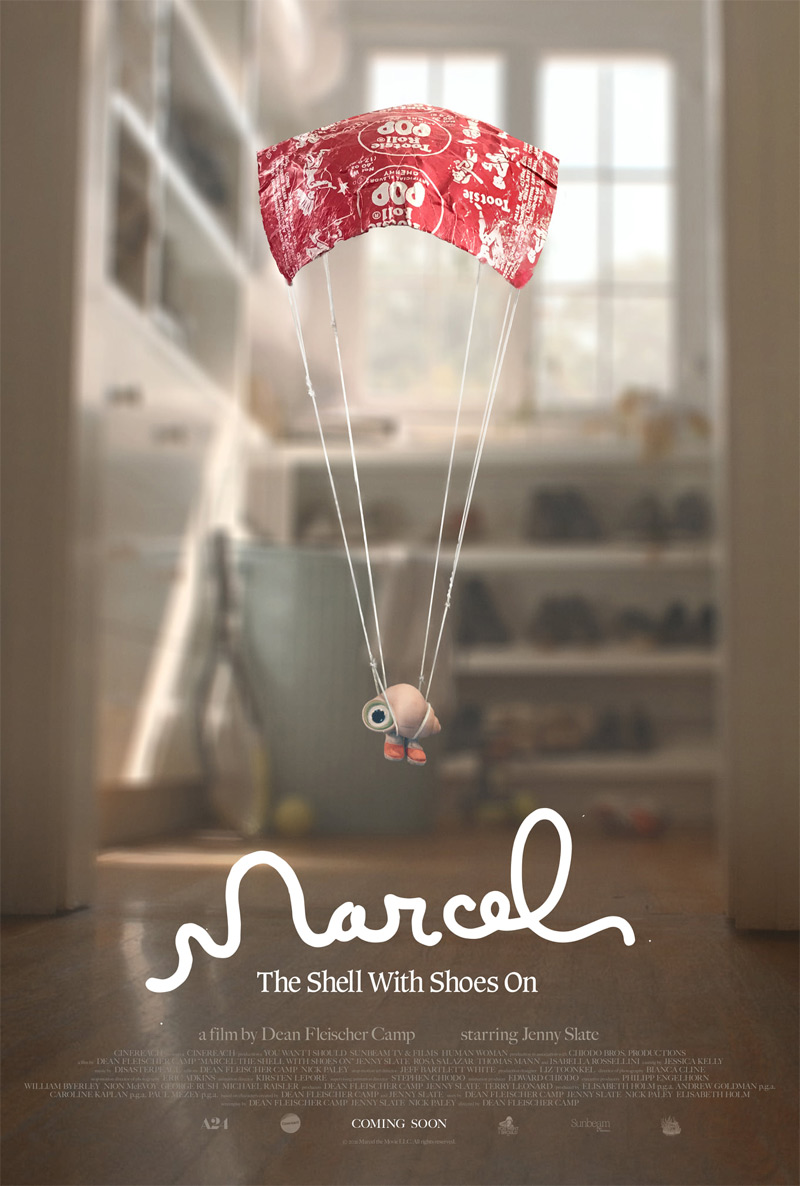 Marcel the Shell with Shoes On Movie Poster

Marcel the Shell with Shoes On‘s plot synopsis: “Marcel is an adorable one-inch-tall shell who ekes out a colorful existence with his grandmother Connie and their pet lint, Alan. Once part of a sprawling community of shells, they now live alone as survivors of a mysterious tragedy. But when a documentary filmmaker discovers them amongst the clutter of his Airbnb, the short film he posts online brings Marcel millions of passionate fans, as well as unprecedented dangers and a new hope at finding his long-lost family. A beloved character gets his big-screen debut in this hilarious and heartwarming story about finding connection in the smallest corners.”

Marcel the Shell with Shoes On Trailer

Nick Canepa the professor hands out grades to Chargers for first...