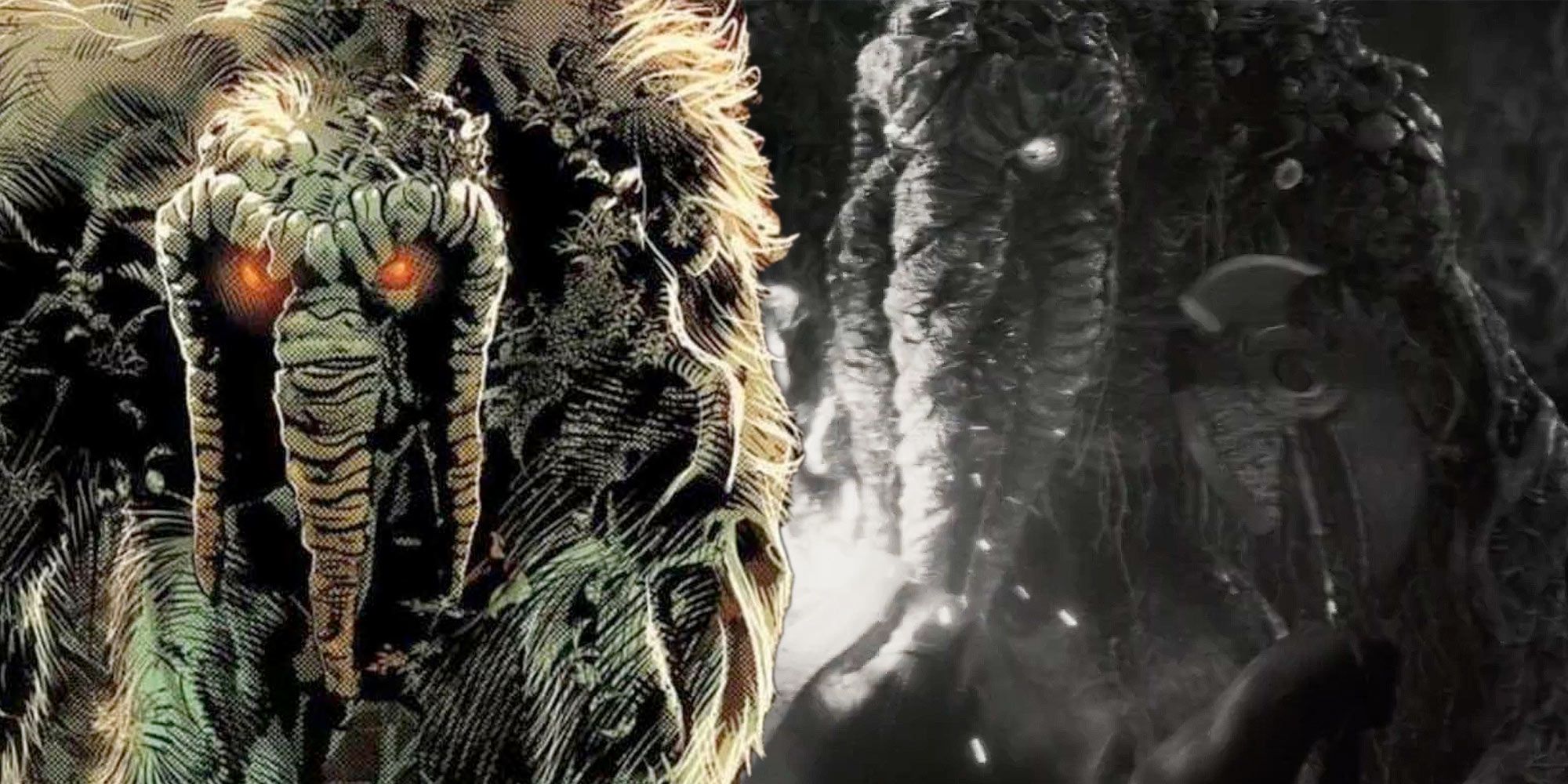 Man-Thing is officially joining the Marvel Cinematic Universe in first look footage from the Werewolf by Night Halloween Disney+ special.

Marvel’s Man-Thing officially joins the Marvel Cinematic Universe in first live-action footage of the character. Though debuting before the DC Comics character, Man-Thing shares similar origins to Swamp Thing, with a biochemist named Dr. Theodore “Ted” Sallis working in the Florida Everglades on an experiment to recreate the Super-Soldier Serum that gave Captain America his powers. While fleeing A.I.M. agents, Sallis injects himself with the serum after crashing into the swamp, which transforms him into the powerfully mutated creature known as Man-Thing.

Man-Thing was created by Stan Lee, Roy Thomas, Gerry Conway, Gray Morrow and first appeared in Savage Tales No. 1 in 1971. The character has yet to appear in the MCU proper, although starred in a straight-to-video live-action film in 2005 and has continued to appear in Marvel Comics since his introduction. As the MCU continues to dive into the realm of the supernatural with Moon Knight and Blade, it looks like Moon-Knight will finally be getting his time to shine.

Related: Why Marvel’s Halloween Special Could Be Another Avengers Replacement

In the Werewolf By Night trailer released at D23 by Marvel, Man-Thing makes his first proper MCU appearance in a brief clip that shows the character in full. The brief footage displays the character in faithful comic-book form, looking very much straight from the page. The footage also shows the character using his “burning touch” which is one of his signature powers, as anything that fears him, will burn at his touch. Check out Man-Thing’s MCU debut in the trailer below:

The 2005 Man-Thing film arrived before the MCU had been established with 2008’s Iron Man, and wasn’t exactly up to the standards of the MCU at the time. The Brett Leonard-directed film was a big departure from the comic-book origins and likely will have no implications to the MCU version. It’s unclear how Man-Thing will interact with the greater MCU, particularly in Werewolf by Night, but his appearance marks another milestone in bringing in well-known characters, especially those in the supernatural sphere, to the ever-expanding franchise.

While Man-Thing may not seem like a major player in the MCU, he’s an immensely popular one among fans and has been around the comics for over 50 years. Comparisons are frequently made with DC’s Swamp Thing, and while similarities exist, there are plenty of differences and unique distinctions that could help make Man-Thing a strong player in the MCU. With Thunderbolts on the way, in which Man-Thing was a member at one point in the comics, and various Disney+ Marvel shows continuing down the pipe, Man-Thing will have plenty of opportunities to go beyond a cameo appearance now that he’s a part of the MCU proper.

What’s Coming to Netflix in November 2022