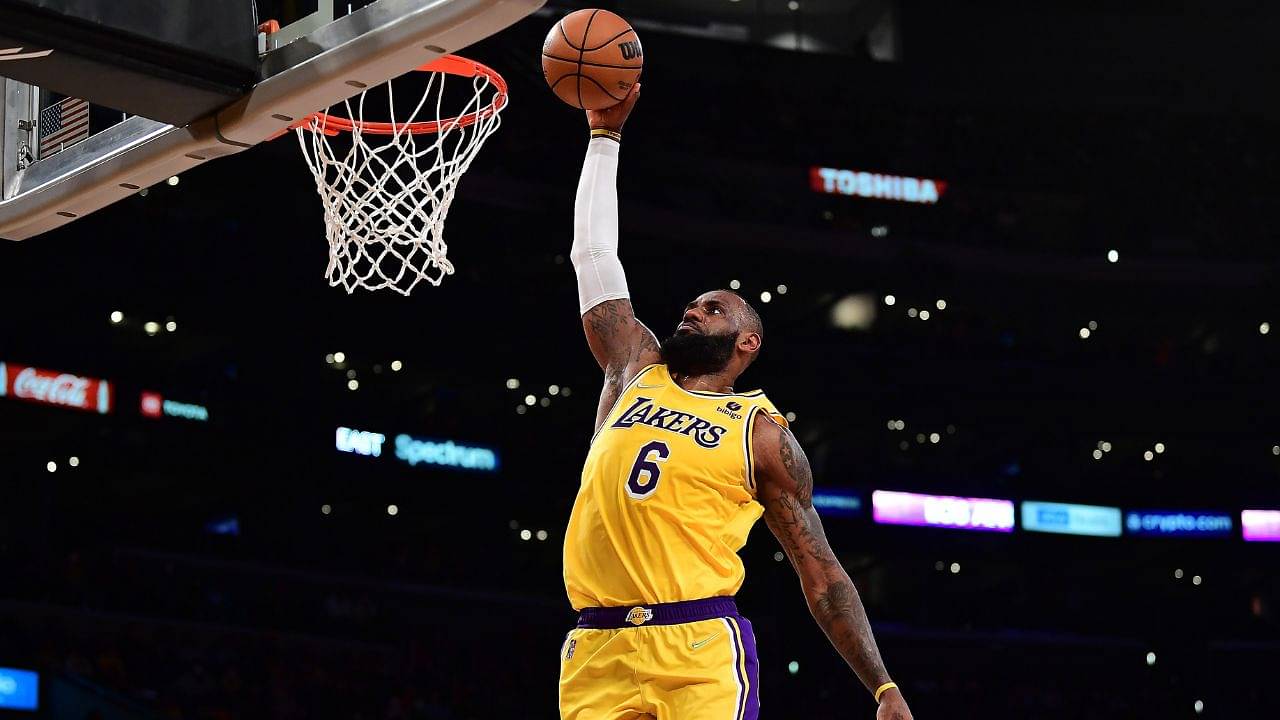 Earvin “Magic” Johnson Jr. would go on to become one of the sports’ most renowned personalities. The Lakers great is a pillar of NBA history, having won five titles and three NBA Finals MVPs.

Johnson had a terrific basketball career, but he has also thrived in many beneficial activities off the court. As of 2022, the 60-year-old entrepreneur is estimated to be worth around $620 million.

Who else is Googling “Magic Johnson net worth” after tonight’s @winningtimehbo? pic.twitter.com/x2TjyQYwoP

Also, read – “Marcus Smart changed the game as I did in 1996”: Gary Payton has nothing but respect for the 2022 DPOY, praised Celtics guard ahead of Game 2

LeBron is widely recognized as one of the NBA’s top dunkers, if not the best, yet unlike Hall of Famers Michael Jordan, Julius Erving, Dominique Wilkins, and Clyde Drexler, he has never competed in the dunk contest.

James made headlines for his thrilling dunking exhibitions during Heat layup drills. It’s entertaining to witness the league’s best player display his athleticism, and it has been refreshing to see LeBron just have fun.

RT all NBA, NFL, MLB & NHL players that want to see @KingJames in the dunk contest!

Magic stated on ESPN that he would pay James $1 million if he participated in the NBA’s annual All-Star Weekend showcase.

I offered $1 Million to get @KingJames in the dunk contest and the pot is growing…@KDTrey5 @RealMikeWilbon @SkipBayless are chipping in!

“I don’t have an answer yet,” James told Salters before the Miami Heat’s Sunday afternoon game against the New York Knicks.

However, the three-time league MVP informed Salters that he had considered participation. “Every year, I think about it.” James said.

Also, read – “Jessica Alba, Manny Pacquiao, and Dave Chappelle are rooting for the Warriors this NBA Finals”: The California team has some of the biggest names as its supporters

Throughout his career, LeBron James has shown interest in competing in the NBA Slam Dunk Contest during All-Star Weekend, but injuries have stopped him from doing so.

Ruben Randall - April 9, 2022 0
TV/Movies
TikTok is undoubtedly one of the biggest social media platforms in the world right now. It’s understandable why you may want to join in...

Who is the richest female rapper in the world and their...

These 10 A-Listers Are Still Waiting For Their Oscar, Despite Acting...