Okoye plays as a goalkeeper for EFL Championship club Watford and the Nigeria national team as both teams’ first-choice goalkeeper.

He is 197cms tall or 6’6”. The towering Super Eagles goalkeeper has also been known to be aerially solid as well due to his imposing figure.

Super Eagles goalkeeper Maduka Okoye is 22-years-old as of June 2022.

The current Watford goalkeeper made his professional debut in the Regionalliga West for Fortuna Düsseldorf II in a game against Wuppertaler SV in October 2017, pinning down a starting role in the 2018/2019 season.

In July 2020, Okoye signed for Eredivise side Sparta Rotterdam on a free transfer and was named Sparta’s Player of the Season, keeping 10 clean sheets in 28 league games during the 2020/21 season. 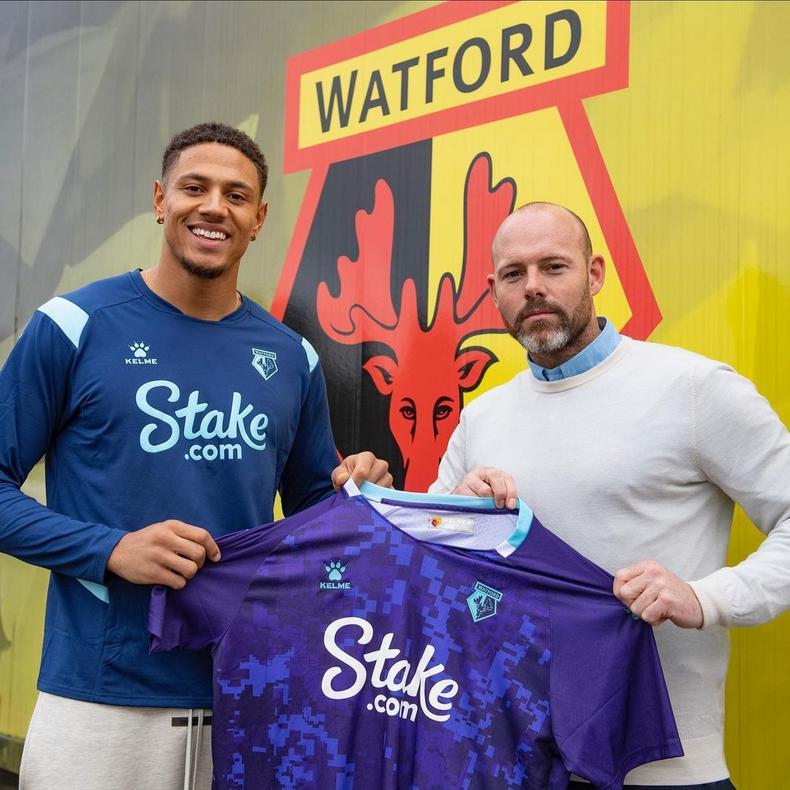 In November 2021, Okoye signed for Premier League outfit Watford on a five-and-a-half year deal for an undisclosed fee but he was loaned back in January to Sparta until the end of the 2021–22 campaign.

Okoye currently has a contract with Watford until June 2027. According to sources, he currently earns around £1095 per week with the Hornets and takes home around £57,021 annually.

As of 2022, Maduka Okoye is understood to be dating his Dutch girlfriend Jelicia Westhoff who came to the limelight after she consoled him on the backlash he got following Nigeria’s elimination from the AFCON 2021 in Cameroon.

Jelicia had earlier this year, posted a picture of herself with Okoye in beautiful African prints on her official Instagram page with a post that read:

“Whatever our souls are made of, his and mine are the same.” via her handle – @jelicia.westhoff

Maduka Okoye’s father is the brother to the father of poplar Nigerian musicians P-square. Thus, Maduka Okoye is a cousin to P-Square. 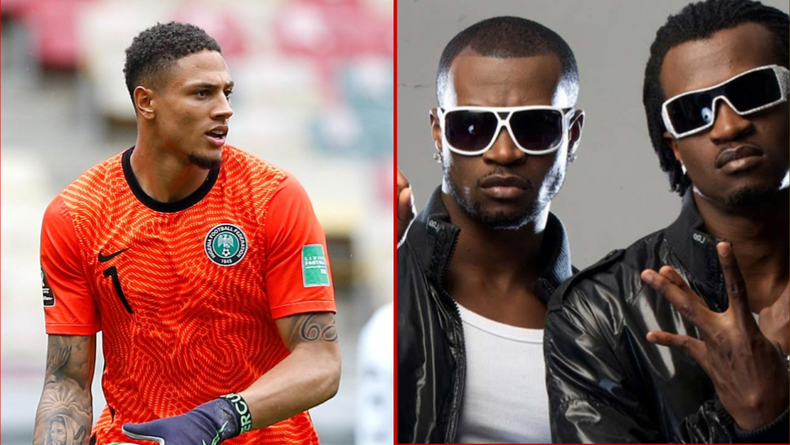 This was confirmed when the Super Eagles goalkeeper signed for his former club Sparta Rotterdam and Paul of the P-Square congratulated him and called him ‘kid bro.’

Mercedes Benz appears to be Maduka Okoye’s favourite brand of car, as the Super Eagles star has been photographed with at least two Benz cars. One is a wine-plated Mercedes Benz AMG while the other car is a Mercedes-AMG GLE Coupe. Both cars are rumoured to cost over 100 million naira cumulatively.

It is not certain if Maduka Okoye has built his own house as he does not often show off on social media. With his recent big-money move to Watford, the Super Eagles star might buy a house in England. He might also own a house in Nigeria for when he comes on national team duty or vacation.

Maduka Okoye is awarded an OPR of 71 on FIFA 22 as a goalkeeper for Dutch side Sparta Rotterdam.

His potential is 82 on FIFA 22 has 1 Skill moves and 3 Weak Foot, he is Right-footed and his workrates are Medium/Medium.

Maduka Okoye is awarded an OPR of 72 on eFootball 22 as a defensive goalkeeper for Dutch side Sparta Rotterdam. 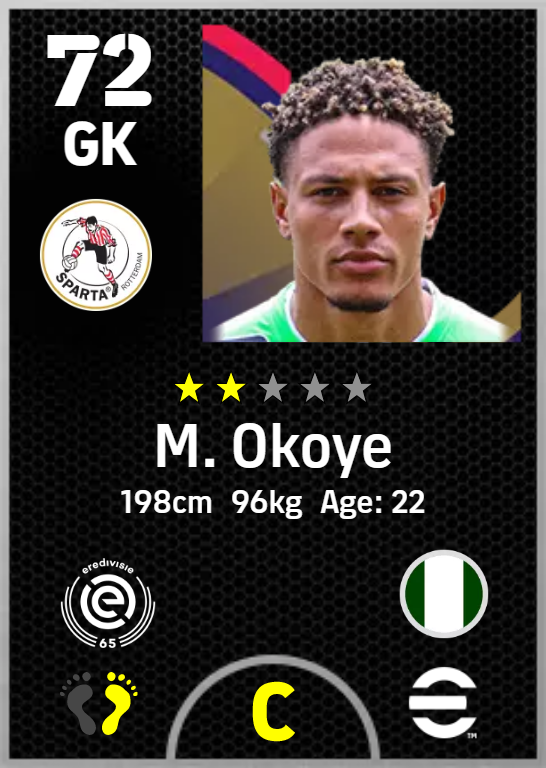 His potential is 85 on eFootball 2022, he is also Right-footed and his work rates are Medium/Medium.

His biggest strength is his Physical Contact for which he is awarded 77.

Okoye joined Instagram officially in 2022 amid Nigeria’s campaign at the AFCON 2021 and his Instagram handle is @madukaokoye. 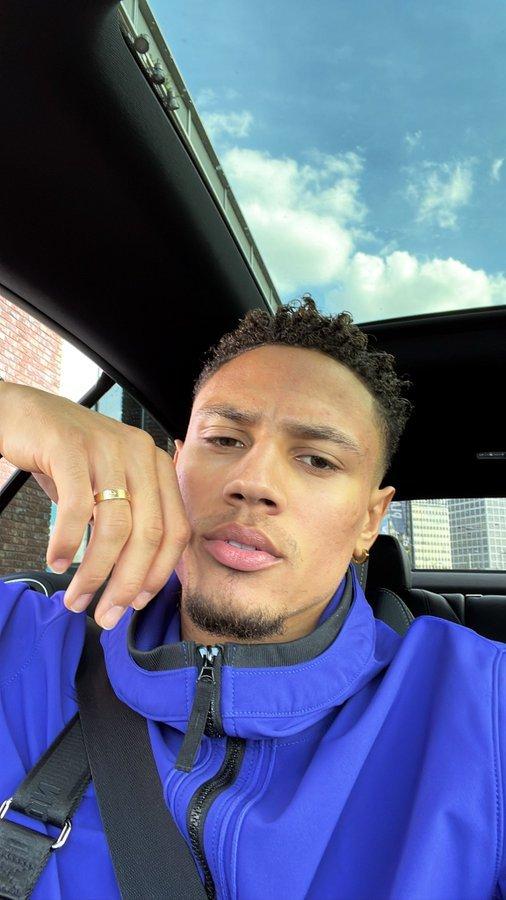 In February 2019, Okoye declared his intention to represent Nigeria at international level and was invited to the Nigerian U23 Team for the 2019 African U-23 Cup of Nations qualifier against Libya U-23 by Imama Amapakabo, the coach of the Nigeria U23 Team. However, Okoye couldn’t make his debut, due to club engagement.

In August 2019, he was called up by the then-Super Eagles coach Gernot Rohr to resolve the goalkeeping crisis that had rocked his team since Carl Ikeme‘s absence.

Maduka made his first senior debut for the Super Eagles in October 2019, as a substitute in a friendly match against Brazil that ended in a 1-1 draw before getting shortlisted in December 2021, for the 2021 AFCON Nations Cup by Caretaker Coach Austin Eguavoen as part of the 28-Man Nigeria Squad

Conor McGregor’s Next Fight? Back In Training For his UFC Comeback

Ruben Randall - May 20, 2022 0
Celebrity
By Jack Tiernan: WBC president Mauricio Sulaiman has canceled his organization’s order for the lightweight title eliminator between #2 contender Ryan Garcia and...

Elon Musk Is Not The Richest Person Alive Anymore