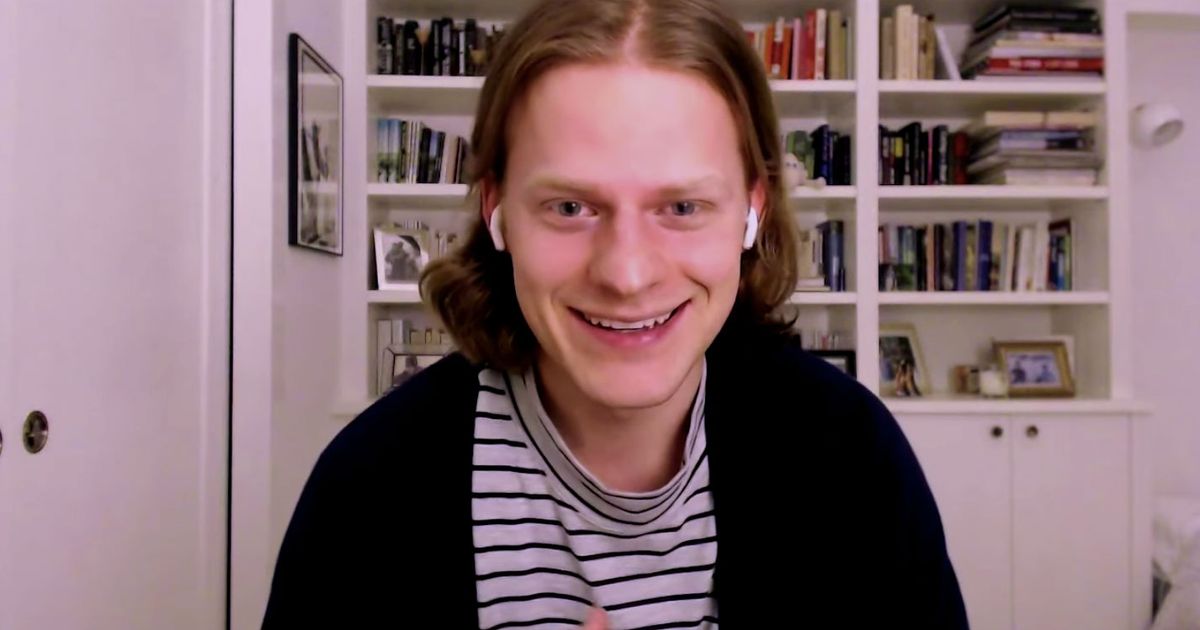 Lucas Hedges has carved out a cinematic niche over the past few years, and that niche is playing the troubled or simply thoughtful young ward to distinguished actresses over 50. He has played son to Nicole Kidman (Boy Erased), Julia Roberts (Ben Is Back), and Frances McDormand (the one with the billboards). Last year, he played Meryl Streep’s nephew in Let Them All Talk. Now, he’s playing Michelle Pfeiffer’s son in the upcoming French Exit. When asked on Jimmy Kimmel Live! what his favorite movie of hers was before working with her, Hedges admitted, “I actually hadn’t seen any of her movies.” We know, we know. You can’t believe it. Kimmel couldn’t either. He asked, “None of them? Grease 2? You never saw Batman? Scarface? None of those, huh?” Hedges answered (remorselessly, we might add), “No, I never. In fact when we’ve done press together I actually sort of managed to avoid that.” It’s true. When asked by Vulture how he felt about working with Pfeiffer, Hedges told us, “She’s just an idea in my mind of somebody who exists in a certain kind of cinema that has a very large scope, or at least those were my associations growing up with you, Michelle.” Which is, of course, the vaguest possible answer. The petition to get Lucas Hedges to watch “Miss Baltimore Crabs” begins now!

Ruben Randall - July 13, 2022 0
Actress
HBO’s The Last of Us Will Feature Troy Baker and Ashley JohnsonAside from its striking vision of a post-apocalyptic future, The Last of Us...