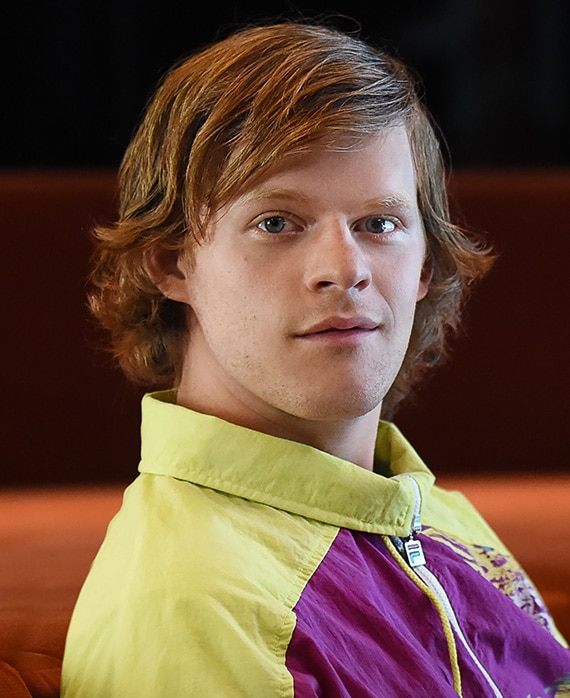 Academy Award®, Golden Globe® and Screen Actors Guild Award-nominee Lucas Hedges continues to grow his diverse body of work with some of the most respected names in film. He recently wrapped production on the film French Exit alongside Michelle Pfeiffer and Tracy Letts and HBO Max’s film Let Them All Talk, directed by Steven Soderbergh starring Meryl Streep, Candice Bergen and Gemma Chan. Most recently, he was seen in Honey Boy, a film based on Shia LaBeouf’s childhood and A24’s critically acclaimed drama film Waves directed by Trey Shults.

Hedges is perhaps best known for his multi-award nominated performance in Manchester by the Sea. In addition, he starred in Peter Hedges’ Ben Is Back, Focus Feature’s Boy Erased and two of 2017’s “Best Picture”-nominated films Lady Bird and Three Billboards Outside Ebbing, Missouri.

In 2018, Hedges made his Broadway debut in Kenneth Lonergan’s The Waverly Gallery at the John Golden Theatre.

Tom Cruise Reveals He Did All His Own Sex for Eyes...

Ruben Randall - July 7, 2022 0
Money
LOS ANGELES — Titan of cinema Tom Cruise made headlines this week when he revealed a years-old behind-the-scenes fact about one of his films:...