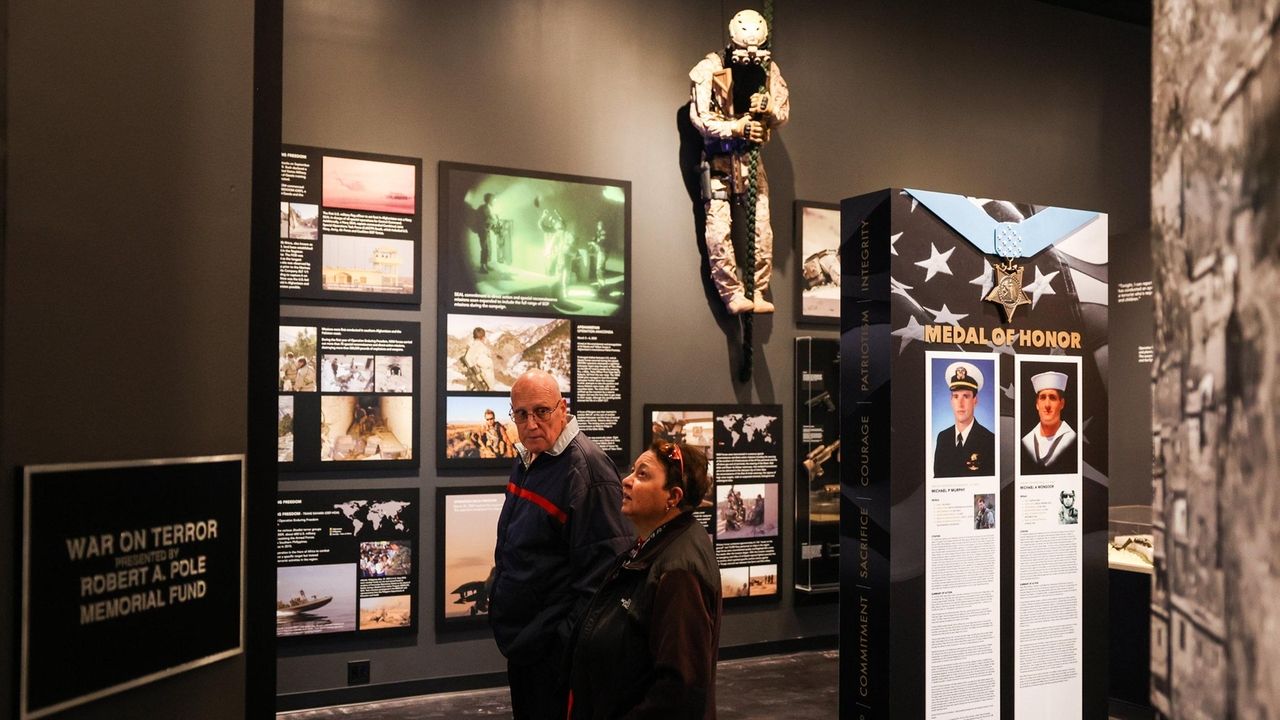 A new Navy SEAL museum has finally opened in West Sayville after a three-week delay, and it tells the story of the legendary covert warriors, including one from Patchogue.

The LT Michael P. Murphy Navy SEAL Museum officially opened Wednesday after a grand opening ceremony June 28. That event attracted one Navy SEAL involved in the killing of Osama bin Laden and another who was the only survivor of the secret mission in Afghanistan in which Murphy was killed in 2005.

It is only the second Navy SEAL museum in the country dedicated to the Navy SEAL special operations force, after the National Navy SEAL Museum in Fort Pierce, Florida. It features a Navy SEAL inflatable boat, weapons, “frogman” wet suits, a battery-run stealth submersible and scale models of the battlefield where Patchogue native Murphy was killed, and the compound where bin Laden was ambushed.

“I’m really pleased with the way the whole thing came out,” said Murphy’s father, Dan. “I know Michael would be proud, although he probably would not want to have his name on the building because he was a very laid back, subtle type of guy.” 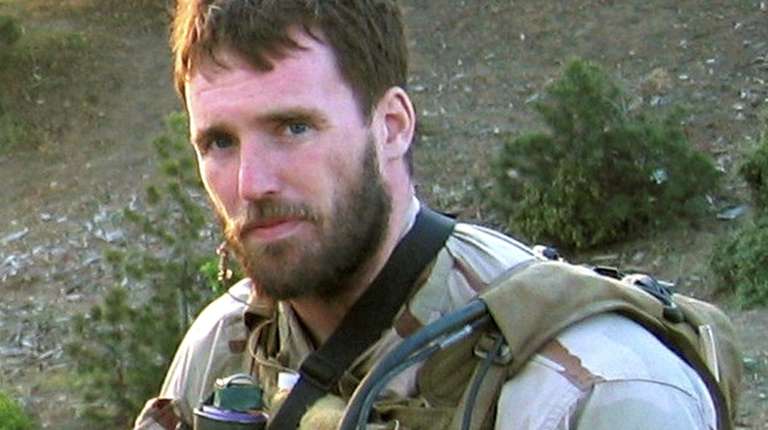 Medal of Honor recipient and Navy SEAL Lt. Michael P. Murphy of Patchogue, who was killed during a battle in Afghanistan.
Credit: Courtesy 2007 matthewaxelson.com

People have been knocking on the museum door for weeks, said Murphy, who helped spearhead the project. Despite no official announcement of the opening, more than 100 people showed up on Wednesday.

Before that, he had let in private tours for two families, from California and Kentucky, who had traveled to Long Island partly to see the museum. “How do you say no to them?” he said.

The opening was delayed because of concerns that golf balls from the adjacent West Sayville Golf Course driving range might hit someone, Murphy said. The museum took out extra insurance for that possibility until higher nets are installed in the next few weeks.

Michael Murphy was killed on June 28, 2005, at age 29, while on a mission behind enemy lines to find a Taliban-aligned terrorist leader in the treacherous Hindu Kush mountains of Afghanistan near the Pakistan border.

Two other SEALs were killed on the ground during Operation Red Wings. Eight more SEALs and eight Army “Night Stalker” special forces personnel who tried to rescue them also were killed when their helicopter was shot down.

The episode at the time was the single largest loss of life for Naval Special Warfare Command since World War II.

Murphy was posthumously awarded the Medal of Honor, the U.S. government’s highest and most prestigious military decoration.

The only SEAL who survived the mission, Murphy’s teammate Marcus Luttrell, flew in from his native Texas to attend the museum inauguration in June. His character is featured in the 2013 movie “Lone Survivor.”

Rob O’Neill, a member of SEAL Team 6 which killed bin Laden in 2011, also attended, regaling guests with stories of the famous raid as he stood by the scale model of the terrorist’s compound in Pakistan.

Visitors now will have on hand Chris Wyllie, the museum’s executive director and a retired SEAL who went on missions in Iraq. SEAL stands for sea, air and land.

“It’s such an amazing feeling” having the museum open, Wyllie said. “Everybody has put their soul into here, and now to see it open and to see people’s faces and speak to people and know that we’ve crossed the finish line — I’m elated.”

The museum was seven years in the making, and cost only $2 million because of donated labor and materials by local businesses including free lighting, flooring, and heating and air conditioning systems, Murphy said. If not for that, it would have cost about $5 million, he said.

The $2 million that was spent on the museum came mostly from private donations and grants.

“His name is on the building but it’s not about Michael,” Murphy said. “It’s about Navy SEALs from World War II to the present time, and that’s the story we try to tell here.”

The museum was designed by a Freeport company, WL Concepts and Production, and Sue McCoy Designs of New Jersey.

Some visitors this week said they were impressed.

Bart Jones has covered religion, immigration and major breaking news at Newsday since 2000. A former foreign correspondent for The Associated Press in Venezuela, he is the author of “HUGO! The Hugo Chavez Story from Mud Hut to Perpetual Revolution.”

Snooki Tells Her Kids ‘Jersey Shore’ Made Her Act The Way...