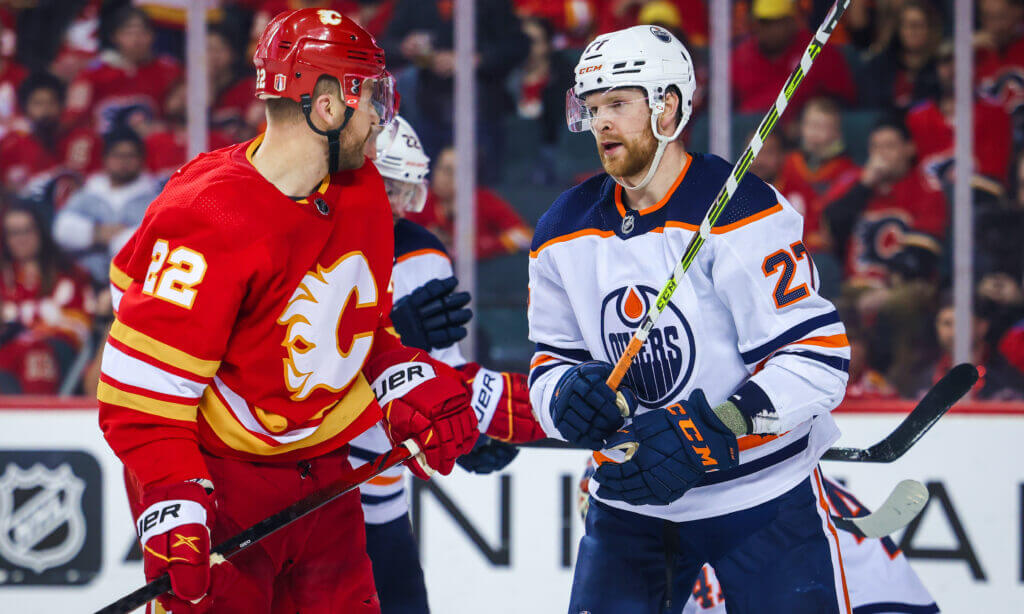 The Edmonton Oilers’ pro scouting, and the contracts signed based on viewings of pro talent, is simply not good enough.

That isn’t an idea to put forth in an effort to start a discussion, it’s a stone cold fact.

Since Ken Holland arrived in the spring of 2019, there have been three free-agent windows, with a fourth to come in the next few weeks.

The true free-agent successes (Zach Hyman, Cody Ceci, Evander Kane) have been top-level talents who were obvious to the hockey world as strong solutions. Credit to management for landing them, but talent evaluation was less a factor than a good sales job.

In the vital area of free-agent procurement on a limited budget, the organization is lost at sea. That has to turn around immediately.

Holland didn’t have much walking-around money upon arrival and the organization was forced to shop in the bargain bins. Some of the names (Joakim Nygard, Gaetan Haas) were outside the NHL types Holland would have knowledge of from his Detroit Red Wings years. Others were signed due to veteran status and availability to a team with a limited budget.

Holland would have relied heavily on the knowledge of Oilers hockey ops who remained in bringing names like Markus Granlund and Tomas Jurco to play in front of flourishing minor league (Cooper Marody, Tyler Benson) talent.

Mike Smith was the most successful signing in the group, he has played three seasons and is signed for a fourth (pending any announcement about retirement). Alex Chiasson was technically a re-signing (the lists are strictly UFA) but his contract had lapsed and Edmonton had other options. Josh Archibald is the other player in the group who turned into a multi-year solution, although in a depth role.

Considering the limited cap room, and understanding many of the solutions were meant to slow down the graduations from the AHL, Holland’s first free-agent summer can be considered a limited success.

It is not a summer that screamed contending for a Stanley Cup, and the urgency of the situation deserved to be met with a more substantial and aggressive set of solutions.

Year 2 was much the same in terms of cap room, but it was an unusual time for the entire NHL. The first free-agent signing of significance took place in October, owing to the late Stanley Cup playoffs and the issues surrounding the pandemic.

The urgency to solve problems in a substantial way remained. In his second offseason, Holland did have more money and made an attempt to solve the goaltending situation long-term before doubling back to Smith. The dollars landed elsewhere in the 2020 offseason, and a goaltending solution was signed, and then lost.

Tyson Barrie has covered the bet through two seasons. It was a less than ideal solution, owing to Evan Bouchard’s presence on the roster and the youngster duplicating the veteran’s skill set. Holland addressed it by signing Barrie to a tradeable deal.

Smith is a constant through this piece, but the numbers in 2020-21’s regular season were quality. The free-agent deal, a one-year solution at reasonable dollars, was value and helped the team make the postseason.

The absolute shame of this free-agent crop is the loss of Anton Forsberg, who had a strong season with the Ottawa Senators in 2021-22.

Dominik Kahun had a fantastic opportunity to build an NHL home in Edmonton but delivered an uneven season.

Overall, Holland solved some problems but did not address goaltending, scoring on the wings and there were still holes on defence. The progress was there in some areas, but the build did not look like a stepping stone to a Stanley Cup.

Holland finally had real money to spend over the offseason of 2021. The needs included an upgrade on the top line (wing), more consistent goaltending and help on defence. The blue line became more of a need when veteran shutdown defender Adam Larsson moved to the Seattle Kraken during the expansion process.

Holland could spend, but the holes were more significant than hoped for in the organization.

Hyman’s contract is a long one, but the first year was outstanding and gave the team a much needed boost in important areas. His 27 goals were the most by a pure Oilers winger in many years.

Kane had an enormous impact for just over one million dollars (his contract was cut in half because he joined the team midseason).

Ceci delivered quality and landed on a supernova top pair with Darnell Nurse.

Holland had big money and delivered three outstanding free agents. If every year went this well, the Oilers would be winning championships regularly. Just one contract was north of $5 million, but the Kane deal was a one-off and can’t be duplicated annually.

That brings us to this summer. The track record of the pro scouts is not as strong as it needs to be for Edmonton to build a championship. Holland prefers to build through free agency, but there are no value deals of any kind signed for less than $3 million.

Holland’s Oilers made it to the final four in the NHL playoffs, and his work in free agency contributed. Based on the fine work done by Shayna Goldman and Dom Luszczyszyn for The Athletic, there are five contracts who delivered over $1 million more in actual value than their price point: Hyman, Kane, Ceci, Smith and Derek Ryan.

The 2022-23 Oilers are going to need more value deals, no matter what happens at the top end with Kane and others.

There were several that resembled the Boston Bruins’ signing of defenceman Mike Reilly. Acquired at the 2021 trade deadline from the Ottawa Senators, Reilly was signed to a significant increase (the $3 million AAV represents double his previous annual cap) and delivered solid play for the Bruins in an area of need.

A parallel could be drawn to the Oilers’ current situation with Brett Kulak, acquired at the deadline from the Montreal Canadiens.

Michael Bunting is another player who is a great value after a breakout season for the Toronto Maple Leafs. The spike in scoring was somewhat predictable (he scored 10 goals with the Arizona Coyotes in 21 games during 2020-21) but the key is to grab quality as soon as it’s available.

Edmonton would benefit from an analytics department in this area, it would make life easier for Holland. Charging three or four number crunchers with a knowledge of hockey with finding the next Reilly or Bunting is far easier than sitting with pro scouts who can give a GM a solid scouting report from specific games but not offer a statistical overview of a season or several seasons.

It’s a good year for free agency, and there is room for a savvy general manager to wheel. If the Oilers sign Kane, there’s going to be very little wiggle room elsewhere.

If Holland decides to check down from Kane and pursue another scoring forward, the team might be able to address multiple needs on a limited budget.

Skill F with some grit

4 fine seasons in a row

It might be a plan to keep the powder dry in the early hours of free agency.

Is Jack Campbell worth the price? Or does Casey DeSmith at a better price point make more sense, especially if Nick Paul can also be signed and fit under the cap?

This is going to be a fascinating free-agent season. Expect loud noises, but hope they come on Day 2.

The Oilers need value contracts in free agency. The days of Lennart Petrell and Gaetan Haas are long gone. Surely.