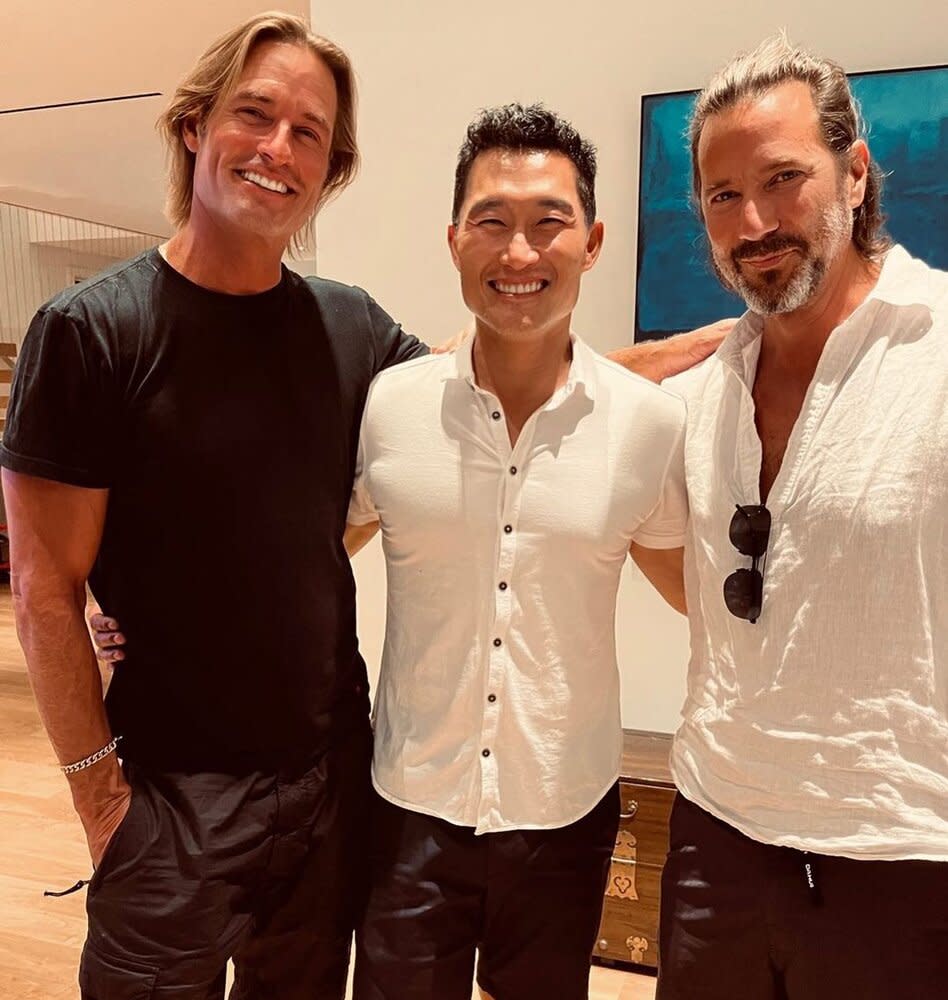 More than 12 years after Lost said its final goodbye on the small screen, three cast mates proved they still enjoy each other’s company!

Josh Holloway, who starred on the ABC mystery-island drama that ran from 2004 to 2010, shared a photo on Instagram Tuesday of himself posing alongside former costars Daniel Dae Kim and Henry Ian Cusick.

“Aloha from the island 🤙🏽 #Brothas4L,” Halloway captioned the reunion shot.

Cusick reposted the shot on his Instagram Story along with the caption: “Detox week.”

Television and film producer Melvin Mar also posted photos of the trio along with a series of other snaps from what he called a “great 4th of July weekend.”

In addition to a photo of the three sharing a laugh together, another shot showed the trio holding up glasses alongside Mar, Kim’s Hawaii Five-O costar Grace Park and actress Jacqueline Kim.

RELATED: The Cast of Lost — Where Are They Now?

Holloway also reposted a shot that his wife, Yessica, shared of the couple posing alongside Cusick and his wife Annie.

“You irresponsible people are responsible for my hangover,” the post from Yessica was captioned tagging her husband and the Cusicks. 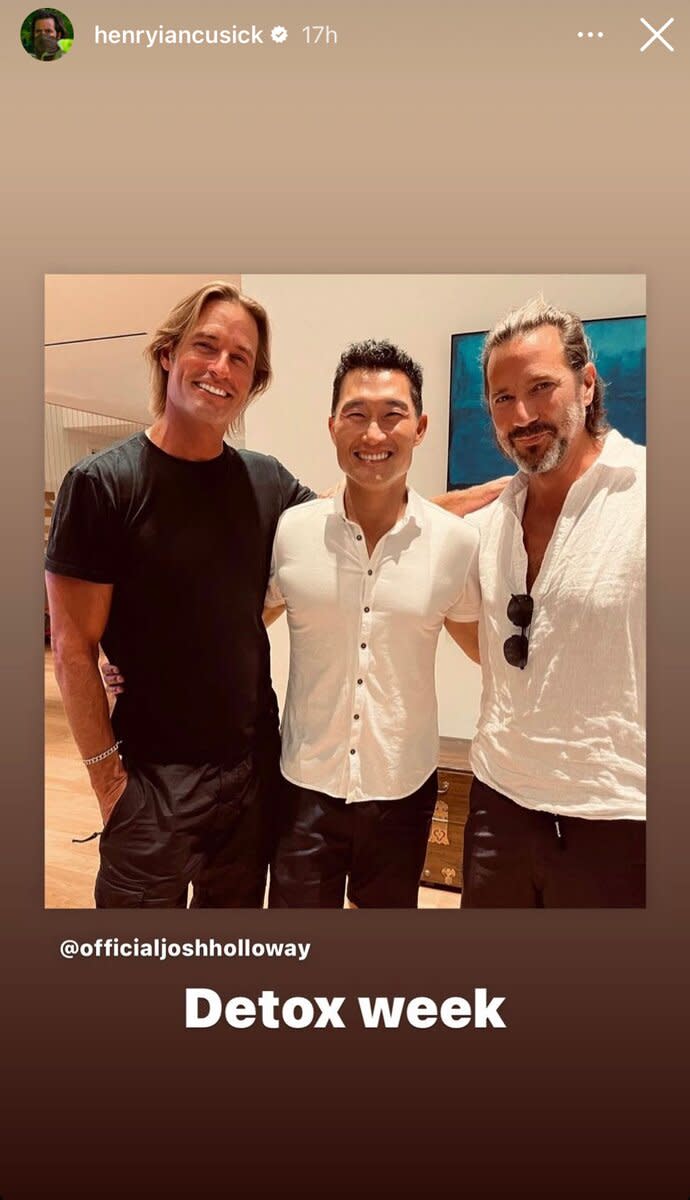 Earlier this year, fellow Lost star Harold Perrineau told PEOPLE that he was still in close contact with his cast mates.

“The three of us are really the three amigos,” Perrineau said of himself, Holloway and Kim.

He added, “We do catch up more than anybody else.”

Perrineau, 58, said the some of the trio’s closeness can be attributed to their kids bonding while the men were filming together.

“Our kids grew up knowing each other,” he shared. “And they’re all in New York, and when my daughter [Aurora] was in New York, doing Prodigal Son, they could catch up once in a while.”