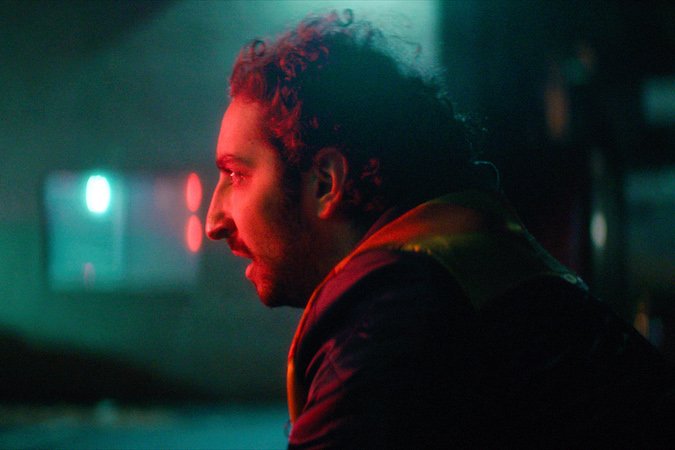 Jacir, the debut feature from writer-director Waheed AlQawasmi, is the story of a Syrian refugee who chases the elusive American dream on the streets of Memphis. Starring Academy Award nominee Lorraine Bracco, Lebanese newcomer Malek Rahbani and YouTube star Darius “Tutweezy” Tutwiler, the film which just debuted its new trailer (above).

Jacir will hold its world premiere at the 53rd Nashville Film Festival, taking place from September 29 to October 5. With the memorable tagline, “From Aleppo to the Ghetto,” it follows Jacir (Rahbani) as he finds himself alone, living in poverty, without knowledge of the local culture, and struggling with his poor English. It’s very far from the ideal new life he imagined, years ago, as he survived the violence of the war in Syria.

Jacir befriends a cat belonging to his next-door neighbor, Meryl (Bracco), a conservative white lady who was once a blues singer but now finds herself addicted to opioids, passing her nights watching xenophobic cable news. She’s very different from Bracco’s endearing characters in Goodfellas and The Sopranos, but the actress captures her with verve, nuance and empathy. Another standout is the endlessly charismatic Tutweezy as an aspiring rapper who works alongside Jacir in a restaurant, where he endures the owner’s racist stereotyping. Through their friendship, we see how Black Americans and immigrants face many of the same struggles for a acceptance and respect.

AlQawasmi, a Jordanian-American filmmaker, has previously directed shorts and music videos, as well as produced more than a dozen projects, many focused on life in Memphis. He both wrote and directed the short films “Swings” and “Scorned.”

Rahbani is the grandson of Mansour Rahbani, the Lebanese composer, musician, producer, and one-half of the Rahbani brothers. He grew up surrounded by artists, music, and poetry. His TV career includes playing Tiger on Chawareh Al-Zill and co-writing and acting in the Jungle Law series, which he worked on with his brothers, Mansour and Tarek.

Jacir was made with the assistance of MovieMaker Production Services, and you can learn more about the film at JacirMovie.com.