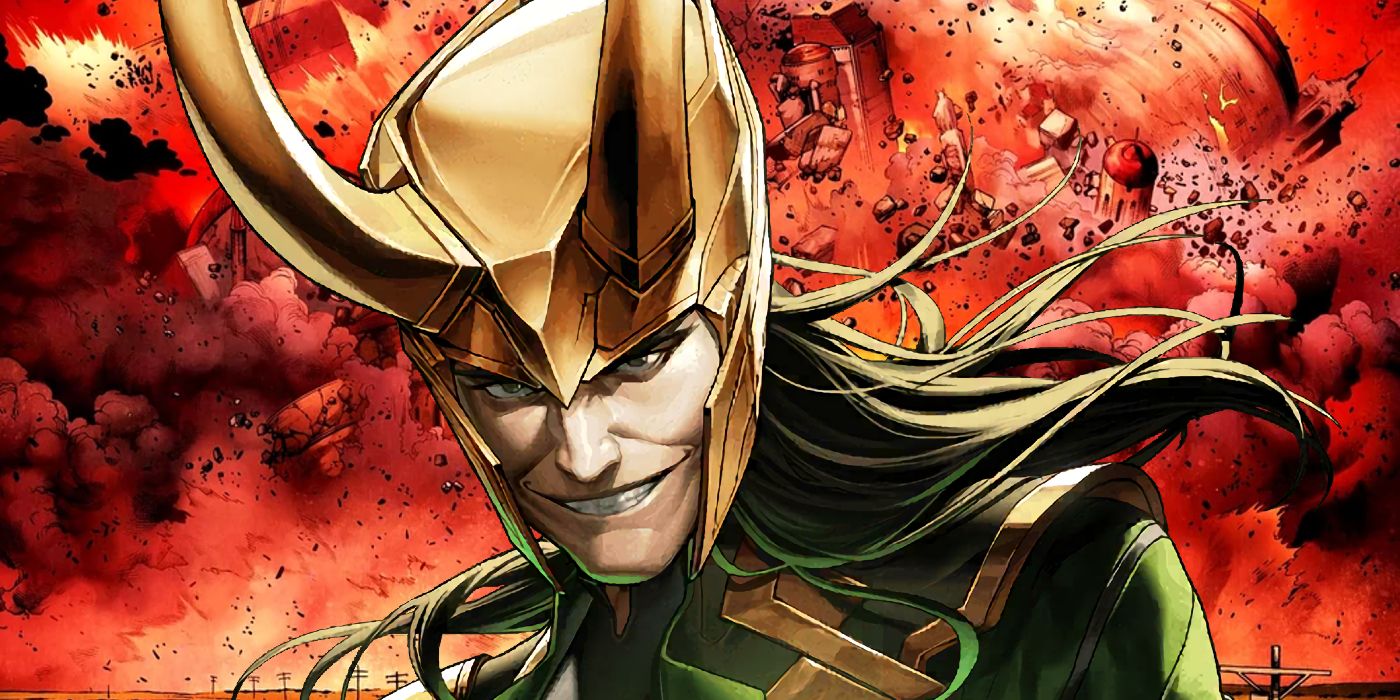 Loki has always coveted the throne of Asgard – but, in a tragic twist, he is destined to be Asgard’s last survivor, becoming the God of Outcasts.

In Marvel Comics, Loki is destined to be the last god of Asgard. Traditionally known as the Trickster God, the God of Mischief and often as the God of Lies, Loki has always coveted the throne of Asgard. Treacherous to the core, he’s hatched countless plans to try to steal it – but none of them have met with any real and lasting success.

At heart, Loki is motivated by a desperate desire to belong. He always knew he was different, naturally gifted at magics the Asgardians tend to hate, and he sensed his adopted parents considered him lesser than Thor. Loki’s initial wrongheaded attempts to earn approval and belonging backfired, resulting in him increasingly becoming an outcast. That is now the role he has accepted for himself; Asgard’s outcast, the one who covets a throne he never manages to acquire, defined by his rivalry with Thor.

Related: Theory: Loki is Starting A War With The X-Men

Spider-Man 2099: Exodus #2, by Steve Orlando and Marco Castiello, reveals the tragic irony of Loki; he is destined to be the last god of Asgard. In the 2099 timeline, humanity turned upon the gods, using the mutant metal mysterium – which is magic-resistant – to initiate the final Ragnarok and destroy Asgard. Even Thor fell before the mysterium creatures human beings unleashed upon him – but Loki survived. “What the foolish call cowardice, I call strategy,” Loki explained. “I couldn’t save Asgard then. And dead but brave, I never would. So I took my leave. But not before watching my mother die.” Loki recast himself as the God of Outcasts, aware he now had nowhere to belong – no throne to claim, and unwanted by the mortals he now lived among.

Loki had become the last god of Asgard. Ironically, though, he also became the first of a new Asgard, one filled with outcasts. He hoarded his power, pretending he had lost it but in reality saving it for one final, surprising act of heroism in which he destroyed the last remaining mysterium weapons and cleared the way for the next wave of gods. His last spell left behind clean streets for a new city of outcasts, and his blood – blended with dead Celestial cells he had gathered over the years since Asgard’s fall – empowered any who came to this sacred ground.

The God of Outcasts never knew what it was to belong. But he nevertheless created a place where outcasts could gather together and find the peace he had never known. The god who coveted Asgard’s throne never claimed it, but he nonetheless created a new Asgard with a throne that would endure when Odin and Thor had been reduced to memories. Loki was the last god of the old Asgard – and the first of the new.

Tom Bacon is one of Screen Rant’s staff writers, as well as a Peer Mentor for new writers and a member of the Care Team, offering support and a listening ear to members of the Comics group. A lifelong fan of major franchises including Star Wars, Doctor Who, and Marvel, Tom is delighted his childhood is back – and this time it’s cool. You can find him on Twitter @TomABacon.

Dave Chappelle attacker’s motivation: He was ‘triggered’ with LGBT and poverty jokes