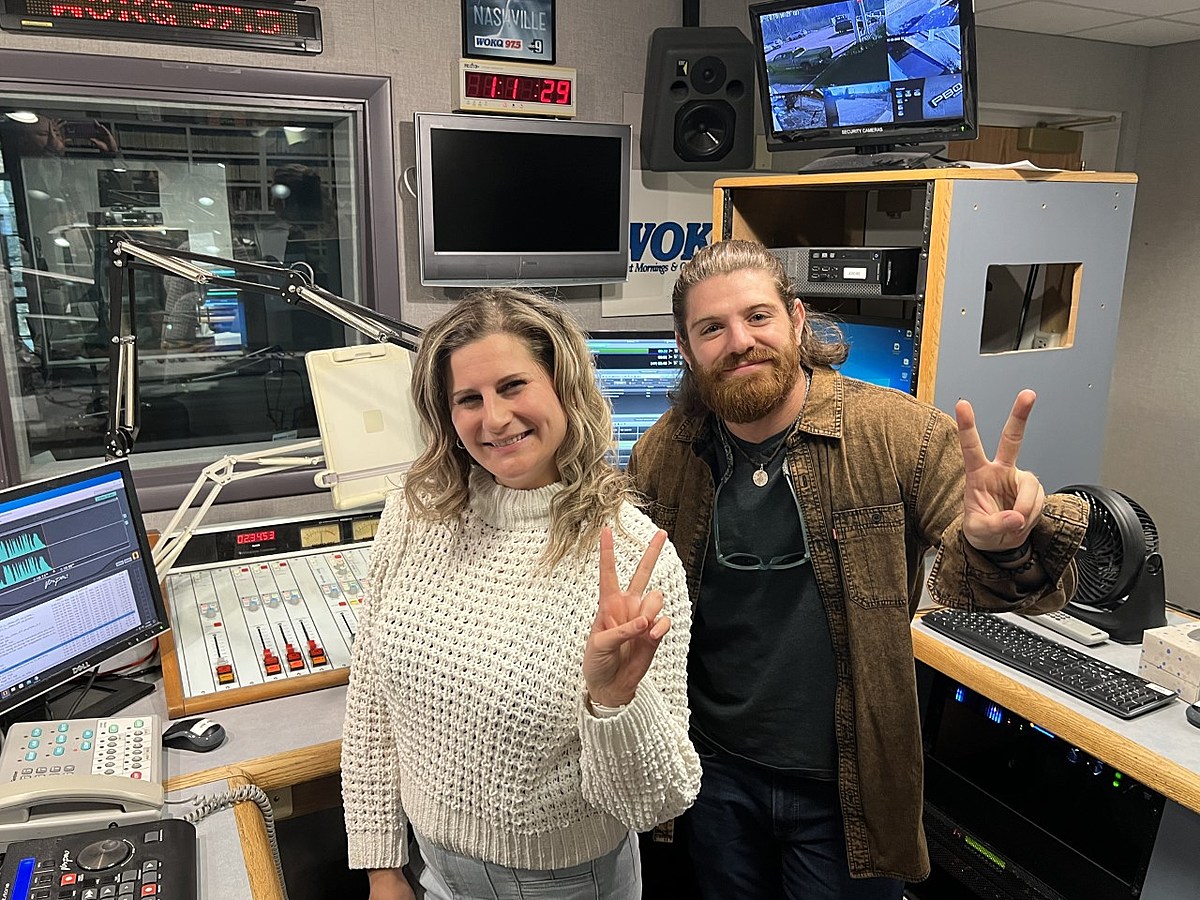 I was outside of the WOKQ studio in single-degree digits. No coat. Ringing the bell over and over again. Waiting… Waiting for someone…Waiting for anyone just to answer the damn door.

Let me backtrack because this story is going to be LEGEN… wait for it… DARY.

6:30 AM – While having my morning coffee and starting my daily emails, I did something out of the ordinary. I went on Indeed and looked for a new job. Why? Not sure. I was comfortable in my old job. I did not love it, per se, but it was paying my bills and I had some great benefits.

7:30 AM – I found the job positing “Digital & Radio Content Leader/ Radio Host – WOKQ.” I practically gagged. THE WOKQ needed a new radio host?! THE WOKQ my dad forced me to listen to when I was 10 years old, in his truck, even though I hated country at the time… I had to apply.

8:30 – 11:30 AM – Application time. I fixed up my resume. I wrote a cover letter. I attached social media links, professional videos I have done, and all of my (limited) media experience. I was about to submit when I found a portion of the job application that I had never heard of before: a video introduction or myself telling a story. It was time for me to slow down and do this right.

11:30 AM – I FaceTimed my brother to talk out my plan of attack. I started telling him my creative video ideas, unique edit skills to show, and so on. I was nervous. I needed to move quick but I wanted to have a video that represented my abilities. Halfway through my anxious cry for help, Nick said, “Logan stop thinking too much. Start the camera and start talking. They will love you.”

12:00 PM – Camera started. Word vomit and some gibberish on take one. Time for take two.

12:15 PM – I decided after submitting my application it would behoove me to introduce myself to someone at the studio. I had no real plan. I just applied. It did not matter. I wanted to shake someone’s hand and make the kind of impression I knew I was capable of. I completely forgot we were in the middle of a pandemic where A LOT of companies switched to remote work.

12:30 PM – I was quickly reminded of “work from home” when no one was at the WOKQ studio. I was so excited about this opportunity that I raced out of the house without a coat. In January. In New Hampshire. I rang the front doorbell at the WOKQ studio in Dover. Based on the lack of cars (zero) I was not too confident. I rang the bell out front for about five minutes. After the five, I needed to go back into my car to warm up.

12:40 PM – I drove out back and found two or three cars. I rang the back bell there for another five minutes. Nothing.

Remember when I said that I was waiting outside? Waiting…Waiting for someone…Waiting for anyone just to answer the damn door.

12:45 PM – I headed back out front for one more shot. I rang that bell a few more times and out of the darkness that was the studio, appeared an angel about to open the door I had been waiting at, shivering, for the past 15 minutes.

Kira: Hi? Can I help you? Who are you here to see?

Logan: Yeah, I’m not sure. I just applied for the open morning radio position. Figured I would come down and shake someone’s hand…

Kira: That’s my station. You applied to be my co-host…

The rest is history. We hit it off, planned to take over the world, and now we will be spreading positivity and laughter into your earholes weekdays 5:30-10 a.m.

I took a chance, followed my heart and jumped at an opportunity, and the result is now Kira and Logan in the Morning.

I can’t wait for you to join us.