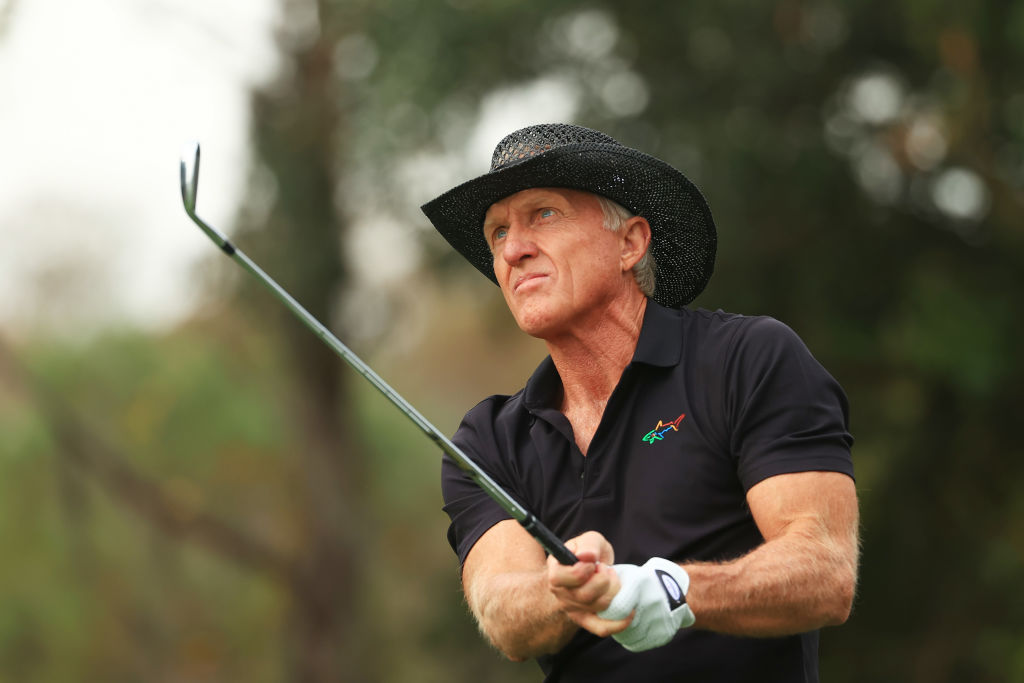 Greg Norman has conquered some of the world’s finest golf courses and forged a successful career as an entrepreneur but he considers his biggest challenge to be his current mission as chief executive of LIV Golf.

That is partly because Norman isn’t just trying to establish a challenger circuit that offers lucrative new opportunities for leading players; he is doing so by fundamentally reimagining golf as a tailored-for-TV, team-based league sport.

On the eve of the first LIV Golf Invitational, which tees off at Centurion Club just outside London on Thursday, there is a sense that some of that has been lost amid chatter about who is and isn’t competing, and debate over the rights and wrongs of the enterprise.

LIV Golf Invitational Series: All you need to know about the new Saudi-backed £200m circuit

“We’ve got a stand-up, kick-ass business model, C-suite and team behind us, and virgin space opportunity for multiple individuals and institutions,” Norman tells City A.M.

“We’re not going anywhere; we’re here to stay. In my other life as chairman and CEO of a company, I’ve given 12-year and 200-year horizons. That might sound stupid but when you’re building a brand in perpetuity you’ve got to think out a long way.”

The Saudi-backed LIV Golf Invitational Series, which features eight events with a minimum prize fund of $25m each – roughly double that on offer at men’s majors – is a “beta test” of the format that will distinguish the circuit’s offering from the PGA Tour and DP World Tour.

There is no cut, three rounds instead of four, a smaller field of 48 players split into 12 teams of four who compete for individual and collective prizes, and shotgun starts to condense playing time into a broadcast-friendly four and a half hours.

So far, so radical. But the element that really distinguishes Norman’s plan from golf’s status quo – and, he believes, will unlock unprecedented earning opportunities for the sport – is the league system due to take effect in 2024.

From then, 12 permanent franchises with their own distinct identity will be established, each helmed by a top player who will, crucially, also own a stake in teams that Norman believes can emulate those in cricket’s Indian Premier League for growth in value.

There are other borrowings from other sports. In year three of the league format – set to be 2026 – a transfer market is scheduled to open up, allowing franchises to poach and trade players from and with rival teams.

See also  From Michelangelo to the United Nations: How one Redbird found success in Italy - News

“When I look into the future I want to be able to see 12 principal players and three other seeded players sit back and say ‘LIV created generational wealth for my family’,” he says.

“It’s a pretty easy statement to make, but I see the vision and the opportunity for these guys. They are owners of a team. They are responsible for that team. That’s their P and L. The league is giving them that opportunity.

“I read recently somewhere that there was a team, I believe in India, that plays six to eight weeks a year and sold for $700m or $800m? And I sent that off to a couple of the players and said ‘look at this, this is you guys, this is your team value, you can do this, study this team model and understand what it’s all about’.”

Norman ‘like a dog with a bone’ over player rights

Norman says he is passionate about maximising the earning opportunities for players, who he believes should be treated as independent contractors and have unfettered freedom to play wherever and whenever they choose.

It is a cause he has long championed, most notably in the mid-1990s when he spearheaded a previous attempt to shake up the elite game through the formation of a World Golf Tour.

“It’s similar to but not exactly the same as what happened in 1994. I tried to create wealth for the players above and beyond, giving them the ability to play in the World Tour as well as any other tour they want. The challenge is fairly comparable to that.”

Back then, he faced resistance from the PGA Tour, and it has been the same this time. Players have been threatened with bans if they take part in LIV Golf events. Norman insists he would rather have thrashed out a compromise.

“It’s the biggest challenge [of my career] because of the lack of professionalism from the other side. It’s so disappointing for me to have these institutions taking this tack,” he says. “We’ve wanted to be shoulder to shoulder with them, be 100 per cent additive to the ecosystem of global golf, male and female.” 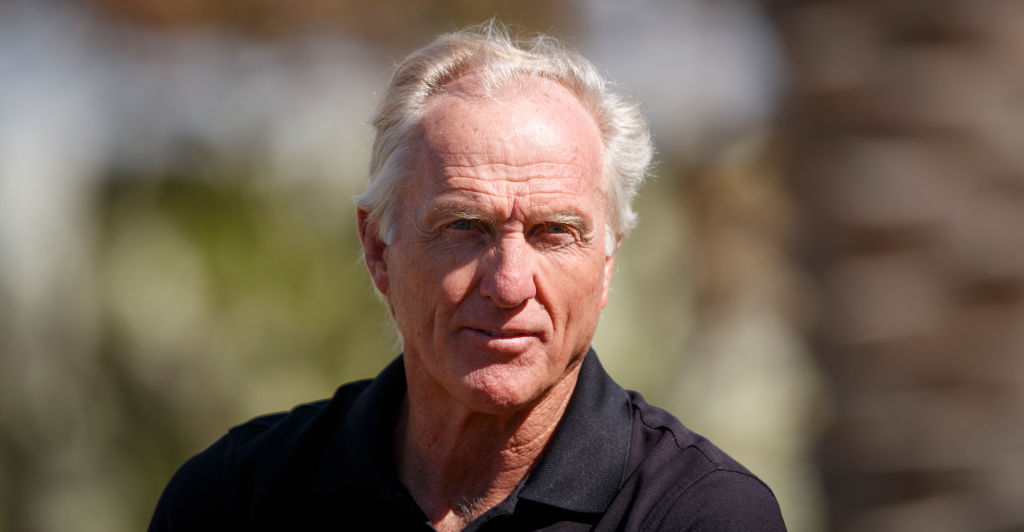 As CEO of LIV Golf, Norman has $2bn from Saudi Arabia’s Public Investment Fund to spend on the project. He believes that sponsors will soon swell the budget further, attracted by a format that promises to maximise exposure.

“When you watch the PGA Tour or European Tour you maybe only see 4-6 players at a given time on a Sunday or Saturday,” he says.

Among other sports industry heavyweights, Norman has recruited David Hill, who was credited with helping to overhaul Formula 1’s televisual output. He hopes a better product will also bring a new generation of fans to golf’s ageing demographic.

“That’s our mission, to reach down to the young fanbase,” he says. “I want to get down to these 15-year-olds, 12-year-olds, bring them in through our production and get them going ‘Daddy, Mummy I want to go to this’.”

Norman has become a lightning rod for criticism of the LIV Golf project. Despite that, and his previous wrangle with the PGA Tour over a breakaway circuit, he is adamant that it has not become a personal crusade.

“It’s not a vendetta, I can say that categorically. I didn’t have to leave my current role as chairman and CEO of my company; it was doing pretty damn good actually and it’s still doing very well,” he says.

“But at the end of the day I did because of my passion and belief in golf and golf diplomacy, and this idea of identifying the virgin space of commercialising golf that these other institutions that have been the custodians of it for 53 years and have not done.

“Shame on them. And if you’re a monopolist, of course you’re going to come out with your claws bared. But you’re ignoring things. You’re not looking through the prism of what is good for the game of golf.”

See also  Looking back, literally, on 100 years of Dressen boys as optometrists

Dustin Johnson, Phil Mickelson, Lee Westwood and Sergio Garcia will be among those taking part in the inaugural LIV Golf Invitational at Centurion Club. Some of their peers have been hostile, others reluctant to face some of the flak that the series has generated.

“You’ve got to be thick skinned. But if you absolutely believe in the product and yourself then you make the decision and the choice yourself,” says Norman.

“Some guys don’t want to be a pinata. It’s 100 per cent fine with me if you don’t want to step up and take the heat in the beginning. I respect you for that. I never ever put any player in a tough position by forcing them. I’m just letting them make their own choice.”

If part of the resistance to LIV Golf has been because the product has not been on show and the concept remains intangible, then this week promises to address that.

“I think people don’t understand what we are. Judgements are being laid upon me personally and upon LIV without knowing the facts,” says Norman.

“When you know the facts, and we walk through what the LIV business model is, from players to CEOs to government officials to fans, not one person has told me this is a stupid idea. Not one. Because they understand the model and the benefit that this commercial proposition can give to the game of golf.

“Name me one time in the history of golf that there has been $2bn ready to be injected into the game. $2bn. There’s none. So that’s a massive opportunity for the game – for everybody: male, female, kids, production, stakeholders, taking a tournament to a country from a hospitality and economic standpoint, jobs.

“You can just keep going and going down this giving tree which is basically what LIV is. And because we are fundamentally investing into the game of golf.”

Ruben Randall - July 10, 2022 0
TV/Movies
ATLANTA — Georgia Republicans knew for months before Herschel Walker launched his Senate campaign that he would be a huge risk in one of...