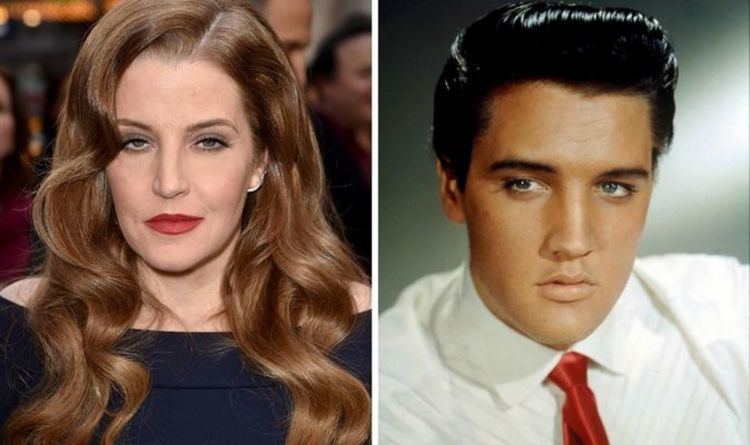 For any child of a legendary icon, the pressure must be immense. It would be especially hard for Lisa Marie Presley, as Elvis is considered one of the greatest musicians of all time. The star has never let it get the better of her though, admitting that his presence has helped her through different stages of her life. The King died in 1977 at the age of 42 when Lisa Marie was only nine years old. She opened up about how she still feels close to him after all these years.

Lisa Marie Presley has released three albums, with her last being 2012’s Storm & Grace. She has also released a number of duet singles with her late father. One was 1997’s Don’t Cry Daddy and her last came in 2018 when she dropped Where No One Stands Alone.

All of them are very emotional tracks, for both fans and the musician alike, bridging between generations and keeping the love of Elvis alive. Lisa Marie shared the importance of the music on the talk show Lorraine.

During the conversation, she shared one particular quote that caught her off-guard. When she was visiting the Graceland Exhibition in Memphis, USA, there was a line she had no idea her father ever said.

READ MORE: Star Wars: Luke Skywalker is about to train an unexpected Jedi

Lisa Marie explained: “There was a quote on the wall as I was leaving the [new Graceland] exhibit, it said something like: ‘Becoming a father is the best thing that’s ever happened to me.’ I had never seen it before, last night was the first time I saw it, so that was really cool.”

The exhibit was newly installed back in 2018, becoming the must-see museum of all things Elvis. This quote in particular summed up Lisa Marie’s emotions for her then-new duet.

She continued: “I knew there was a great love there. There was a really strong connection there since the minute I can remember. It kind of reinstates what I felt was the truth, which is that I felt like I was the most important thing to him.”

However, she added that it was difficult to perform the song.

Elvis would have been 87-years-old if he were still alive today, with his birthday taking place last month on January 8. The family’s legacy lives on though, as Lisa Marie has a famous daughter of her own.

Tragically, Lisa Marie’s other child, Benjamin Keough, died from suicide at the age of 27 in 2021. A representative for the family said: “She is completely heartbroken, inconsolable and beyond devastated but trying to stay strong for her 11-year-old twins and her oldest daughter.”

After Benjamin’s death Lisa Marie moved back in with Danny so they could comfort one another.

Today, she is estimated to be worth $300 million dollars after she inherited her father’s net worth at the age of just 25. Elvis’ estate was believed to be valued at £100 million.

Ruben Randall - March 18, 2022 0
Money
Scroll for the photos. Noah opened while resting her peachy rear against a kitchen counter and backed by a window overlooking hills and waters....