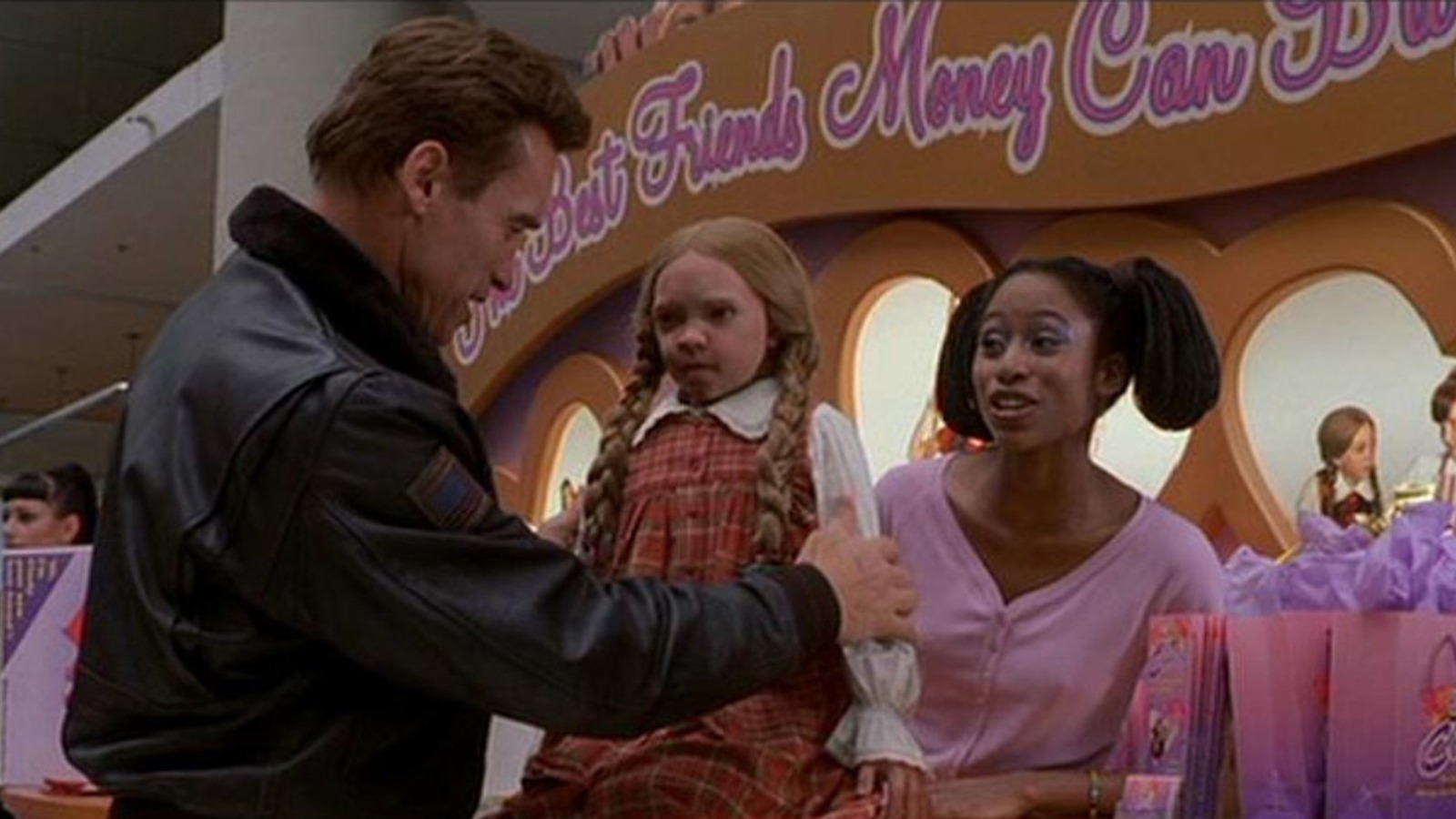 In “The 6th Day,” the Schwarzenegger character, named Adam Gibson, is a little bit of a Luddite, and isn’t wholly comfortable with getting the family dog cloned at RePet, choosing a SimPal Cindy instead. Cindy, voiced by Andrea Libman (a veteran voice actress who plays Pinkie Pie and Fluttershy on “My Little Pony: Friendship is Magic”), invites its owner to sing songs or play, and insistently interrupts Adam Gibson while he makes a video telephone call from the back of a car. In order to turn off Cindy’s mechanism, Adam tells her to go to sleep. Watching the creepy doll slowly die in Schwarzenegger’s arms is as scary a sight as anything from a “Child’s Play” movie. It doesn’t help that SimPal Cindy seems to have bruised skin and mussed hair. She looks like a kidnapping victim.

Oh yes, and later in the movie, SimPal Cindy will be found in the back seat of a car belonging to the film’s weapons-toting villains (there is a clone conspiracy afoot) wherein Michael Rooker screams at the doll, leading to one of his henchmen exploding it with a laser gun. SimPal Cindy’s smoldering head topples to the floor. Even Rooker appears to be shocked. The doll’s last words are “I have a boo-boo.”

Several versions of Cindy were built for “The 6th Day,” including the talking version, and the version that got shot. As one can see on icollector.com, the exploding prop — handily placed next to a $1 bill for scale — didn’t have working eyes, a detachable head, and a gaping chest wound to contain the film’s pyrotechnics. The complete version is, as of this writing, still available for purchase for $475.00. It did not sell when initially posted in November of 2019.