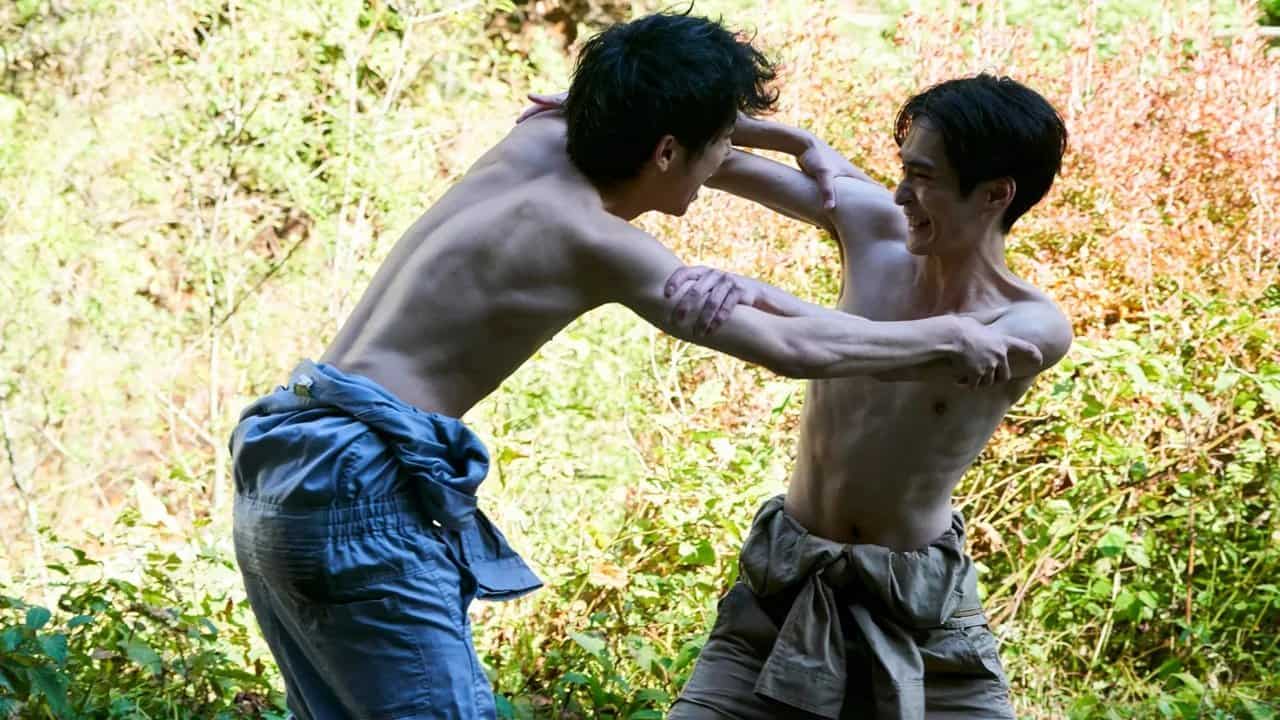 Following the excellent “Orphan’s Blues”, which won the Grand Prix and the Hikari TV Award at the 40th PIA Film Festival, Riho Kudo released her commercial debut, “Let Me Hear it Barefoot”, which was the PFF Scholarship Film for 2021.

Naomi works for his father’s disposal business, picking up people’s junk day in and day out. He keeps some choice finds for himself in a private garage, where he wishes for a better life away from home. At the same time, he has trouble connecting with the people around him, barely having any friends, while his relationship with his father lingers somewhere between the formal and the completely disconnected. One day, though, he runs into Maki while swimming at a local pool, who is essentially the exact opposite of him, always cheerful and eager to connect, and eventually also meets his blind adoptive mother, Midori, who shares her experiences from having traveled around the world.

However, when she gets sick and hospitalized, she actually reveals to Maki that she has never been outside of Japan, and giving him her life savings, entrusts him with her dream. Alas, the savings are too little and Maki, in order not to leave her hanging, decides to utilize an old cassette recorder to ‘visit’ famous natural wonders of the world, recreating them sonically and sending the cassettes to Midori. Eventually, Naomi joins him, and like amateur foley artists, they employ makeshift items and locations to simulate Italy’s Blue Grotto, Arizona’s Antelope Canyon, and South America’s Iguazu Falls, among others. As their bond deepens, they start journeying to more remote areas in order to find the perfect sound, while Naomi gradually starts straying away from both his father and his girlfriend. Almost inevitably, the two boys come closer together.

Riho Kudo directs a film that is split into two parts, which differ significantly, both in style and quality. The first part establishes the two young men as characters, and shows how their relationship grows through their common goal of creating the sounds that will convince Midori that Maki is actually traveling around the world. Their common knack for cassette technology and in general, for retro stuff, including music records, but most of all, the ingenious, and gradually more and more complicated ways they find to create the sound of waterfalls, the sea, the desert, even people and airplanes passing, results in a series of rather entertaining scenes, that are bound to put a smile on the face of every viewer.

In that fashion, Yasuyuki Sasaki’s cinematography captures all the aforementioned with tenderness and realism and Azusa Yamazaki’s editing induces the movie with a very appealing, relatively fast pace. Shion Sasaki as Naomi and Shuru Suwa as Maki’s acting is also quite appealing, with the transformation the former experiences being rather intriguing to watch, and the chemistry of the two, excellent.  Most of all though, the job done in the sound is top-notch, in probably the best technical aspect of the movie.

As time passes, however, and some initially playful physical fighting, which essentially provides the dichotomy here, become more and more intense, the movie takes a turn towards the intensely dramatic, with death, fights both among them and the people around them, even the stealing of money, becoming major factors. It is in this part that the movie begins to falter, as the pace becomes slower, a number of scenes begin to lag, the actors lose their sense of measure, the repetition of the physical fights becomes annoying, and the story goes to lengths that seem unrealistic. The issues seem to derive from both direction and writing, harming significantly the sense the movie leaves, which is, though, saved by the truly memorable ending.

“Let Me Hear it Barefoot” has its merits, but if the last part was better and the whole thing significantly trimmed, it could have been a truly great movie. Still definitely beyond average, particularly due to the first part, but in the end, a lost opportunity.

Olivia Cooke dazzles in a sequinned slip dress on the cover of Harper’s Bazaar...