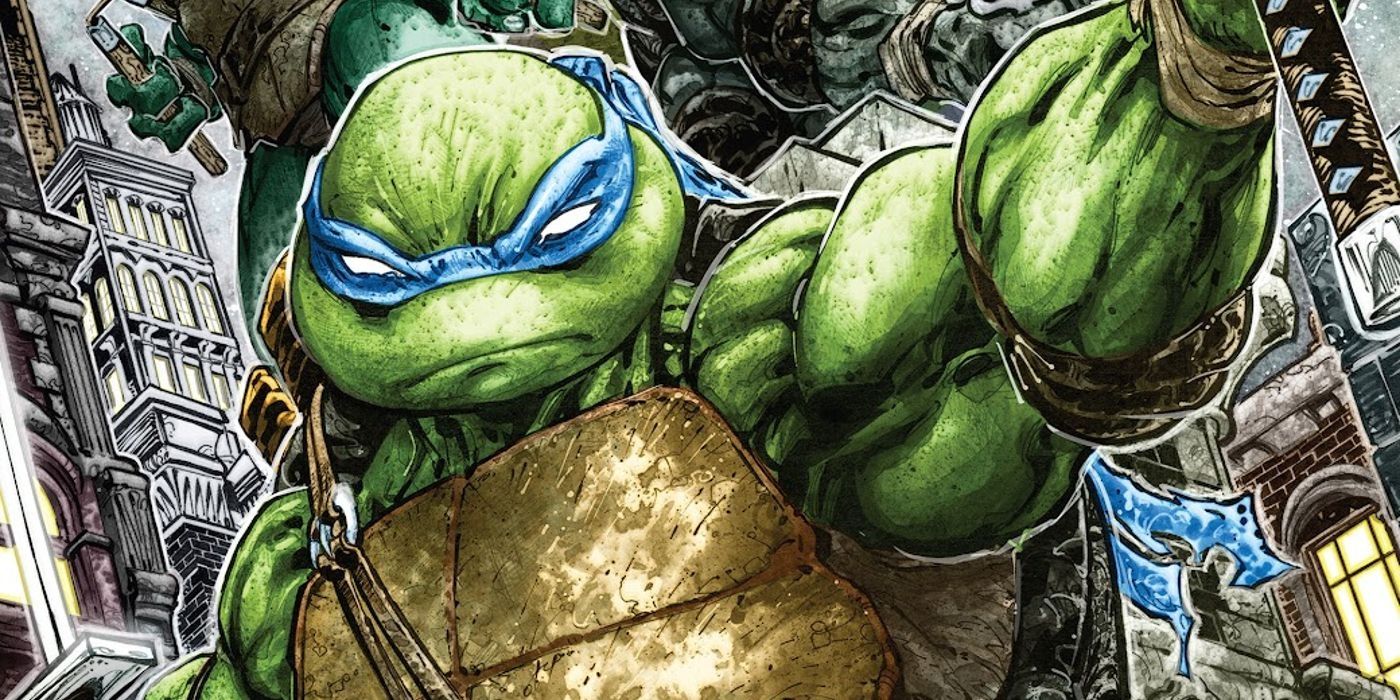 While it is no secret that Leonardo is arguably the most skilled and disciplined of the Teenage Mutant Ninja Turtles, it was always a toss-up over which of them was actually the strongest. From Raphael’s brute force to Donatello’s clever advantages to Michelangelo’s surprising rage, any one of them could challenge Leo for the title of strongest. However, one comic issue proves that Leonardo is by far the strongest of his brothers, and it is all thanks to his darkest era.

Leonardo made his debut alongside his three brothers in Mirage Studio’s Teenage Mutant Ninja Turtles #1 by Kevin Eastman and Peter Laird, though he wouldn’t become the character fans know him as today until some time later, and through a completely different medium. The original TMNT comic was a dark and gritty tale of four mutated turtles trained by their vengeful father to kill the villainous Shredder. No clear positions on the team were made, and no personalities shone through the black and white landscape. It wasn’t until the ‘90s animated series that Leonardo became the team’s focused leader, equipped with his iconic blue mask and more serious personality. However, while it seemed as though Leonardo and the rest of the Turtles pulled themselves out of the shadows and found their footing as sillier and more well-rounded versions of their former selves, the ongoing IDW Publishing TMNT comic series shows Leonardo backsliding into a darker role once again–only this time, instead of killing the Shredder, Leo was training under him.

Related: TMNT: Donatello Avenged His Own Death… By Dying Again

In Teenage Mutant Ninja Turtles #60 by Kevin Eastman, Tom Waltz, Bobby Curnow, and Dave Wachter, Splinter and the Turtles are being attacked by the evil god-like entity known as Kitsune and her mind-controlled minions. Kitsune has the power to enter someone’s mind and manipulate their actions, and that is exactly what she does to the Teenage Mutant Ninja Turtles themselves. At this point in the series, Splinter has taken control over the Foot Clan after killing the Shredder. Kitsune was using Shredder for her own gain, so with him dead, her plans for world domination were greatly set back–which is exactly why she sparked this deadly attack against Splinter and his children. While Kitsune was able to turn Donatello, Raphael, and Michelangelo against Splinter, there was one Turtle who she couldn’t manipulate: Leonardo.

TMNT’s Leonardo Couldn’t Be Controlled, He Was Immune to Kitsune

Before Splinter killed Shredder and took over the Foot Clan himself, Shredder seduced Leonardo to the dark side and was made the villain’s star pupil. Throughout that time training under Shredder–which was easily the darkest point in Leo’s life–Kitsune regularly infiltrated Leonardo’s mind to reinforce the idea that he was making the right choice by siding with Shredder. Kitsune ever so subtly pushed Leo further and further into Shredder’s clutches, all the while only helping herself as she gained another powerful warrior in her plan for world domination. Little did Kitsune know, she was helping Leonardo build up a tolerance to her influence every time she infiltrated his consciousness.

After some time, Leonardo turned his back on Shredder and Kitsune, and by doing so, made her unable to manipulate his thoughts ever again. This experience gave Leonardo an edge over his brothers as his mind was able to resist even the oldest and most powerful magic in existence–proving that Leonardo’s darkest Teenage Mutant Ninja Turtles era made him the strongest Ninja Turtle.

Next: TMNT’s Coolest Weapon Doesn’t Belong To The Turtles

Lucas Hedges | We Suppose It Begins With Trees — Flaunt Magazine