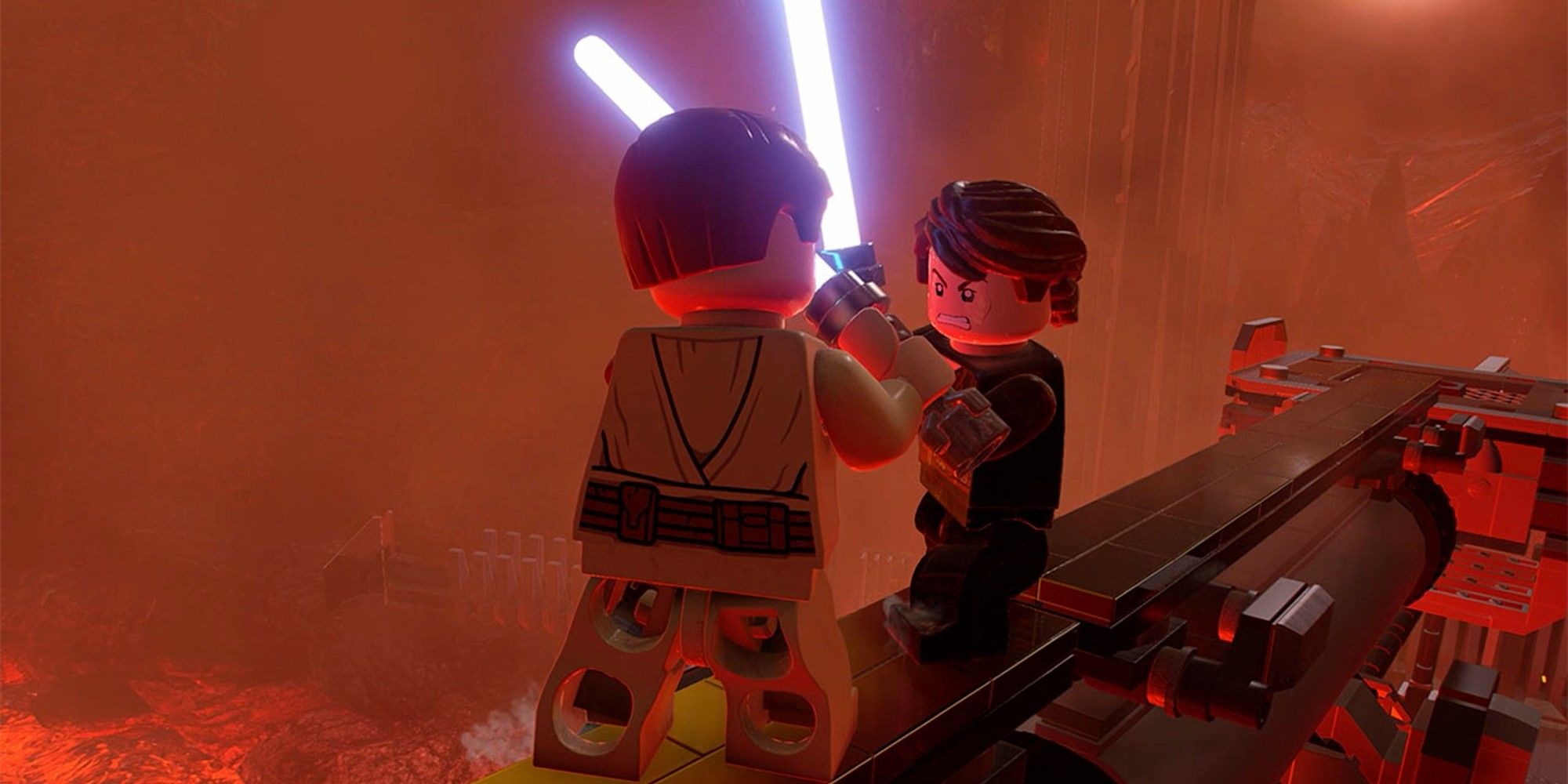 LEGO Star Wars: The Skywalker Saga gameplay shows a more detailed HUD. However, the display is rather busy, taking up a large portion of the screen.

LEGO Star Wars: The Skywalker Saga will bring many new features to the LEGO Star Wars series, most notably a more detailed HUD. What is displayed on the screen will change depending on whether or not the player is in combat. The LEGO games often introduce additional mechanics and improve upon those found in previous titles. LEGO Star Wars: The Skywalker Saga displays many features that may be helpful for a younger audience, but the new HUD might show too much for older fans.

This expansive game will allow players to experience the entire theatrical story from Episode I to Episode IX, along with outside stories, such as The Mandalorian. The fantasy space opera that has captivated audiences for years, will be portrayed in the fun, comical style found in the LEGO games. Over 300 Star Wars characters have been confirmed for The Skywalker Saga, with more being released through DLC. Hub worlds will also be available for selection, allowing players to explore the galaxy in between the main story missions. However, one of the largest points of contention online has to do with the new HUD.

The game features many new mechanics, including improved blaster combat and melee combos. The display has been adjusted to show a quest tracker, radar, mini-map, and character name. Player health and ammo, when applicable, are also shown while in combat situations. Understandably, some fans prefer the more simplistic design shown in previous games. In earlier titles, only the top of the screen displayed information during combat. While not overly intrusive, the new HUD appears rather busy, obscuring parts of the left, right, and top of the screen.

The Skywalker Saga gameplay trailer revealed that the game is filled with multiple types of content for players to enjoy. However, the new HUD appears to cover too much of the screen, drawing focus away from the enhanced combat, exploration, and space battles. While the information displayed on-screen will be helpful for newer fans, veterans familiar with the mechanics in the LEGO games may prefer a less cluttered view. The new radar could also take away from the challenge of completing quests and puzzles. While the effect is not known, the game will feature a Retro Mode. The description reads, “Adds a retro style screen effect to the game.” Some players have speculated that, when activated, this game mode will revert the HUD back to the classic look.

While the new display is not a deal-breaker, the updated feature’s implementation has been a concern among fans. One thing players can all agree on is that the visuals for LEGO Star Wars: The Skywalker Saga are gorgeous. The LEGO games are known for depicting the story of the source material in a fun, jovial manner. Fans can explore the Star Wars universe in The Skywalker Saga on April 5, 2022.

See also  A dynamic duo of conventions scares up fun in Rosemont, Chicago