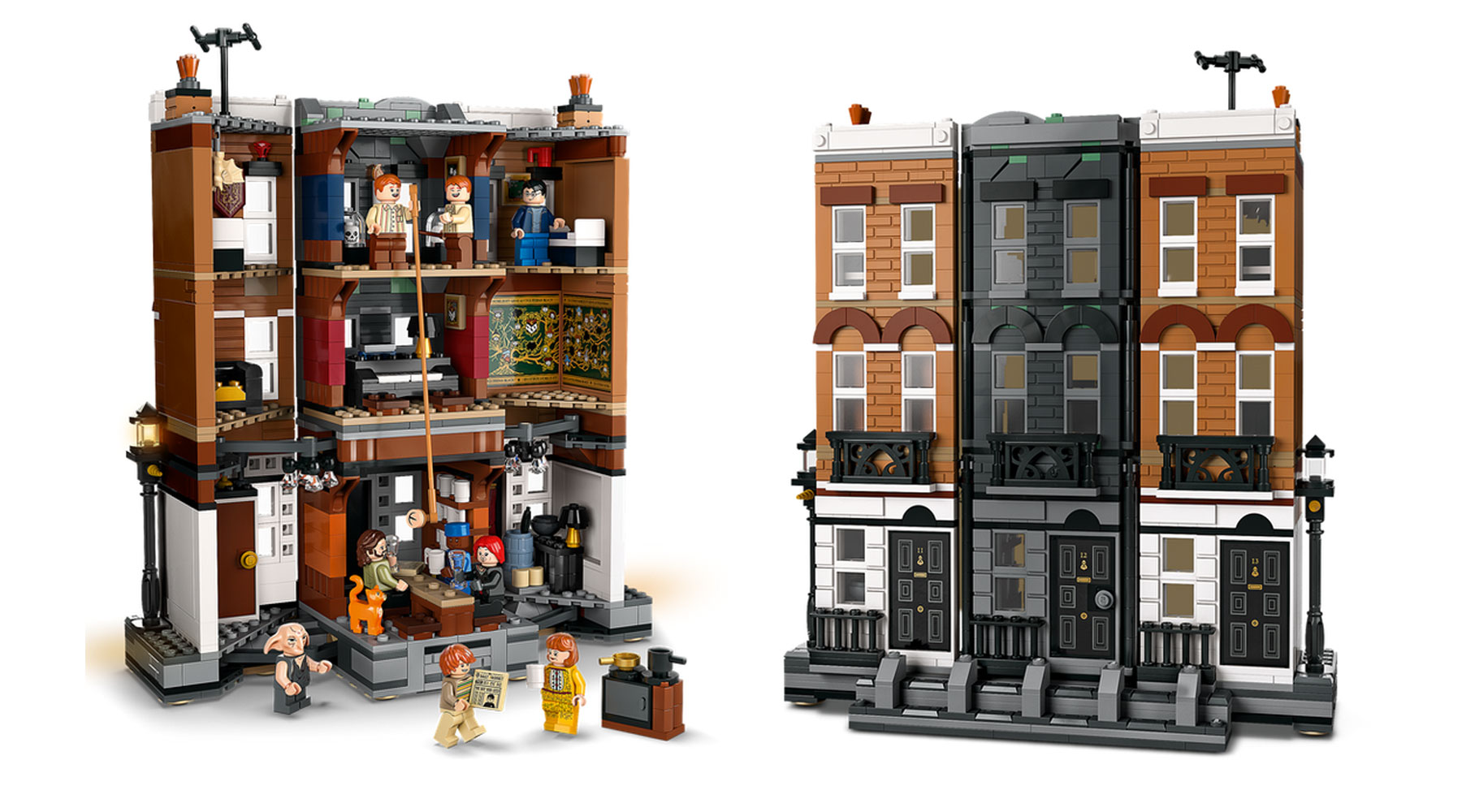 Part of Claremont Square, a row of houses near King’s Cross is now available as a LEGO kit, although mainly because it was used in the filming of a Harry Potter movie.

Claremont Square is a three-sided square of houses next to Pentonville Road, and in the middle, the eponymous square is a raised mound that conceals an underground water reservoir built by the New River Company. The houses that run around the square are all around 200 years old, having been built between 1815-1828.

The square is also the location for one of the Harry Potter movies, as the home of the Black family, and in the story, is a hidden house that reveals itself by pushing apart the other houses in the row.

Now LEGO has released a model kit of the same row of houses, as part of their Harry Potter tie-in, and just like the magical house, the facade of Georgian terraced houses also splits open to reveal the Black’s home within.

You can either look at it as a Harry Potter model, or as an unusual attempt by LEGO to produce a classic London Georgian row of terraced houses.

The model of 12 Grimmauld Place is available from LEGO.

The actual section of Claremont Square used for the filming is numbered 23-29 on the south side to represent 12 Grimmauld Place.

This website has been running now for over a decade, and while advertising revenue contributes to funding the website, it doesn’t cover the costs. That is why I have set up a facility with DonorBox where you can contribute to the costs of the website and time invested in writing and research for the news articles.

It’s very similar to the way The Guardian and many smaller websites are now seeking to generate an income in the face of rising costs and declining advertising.

Whether it’s a one-off donation or a regular giver, every additional support goes a long way to covering the running costs of this website, and keeping you regularly topped up doses of Londony news and facts.