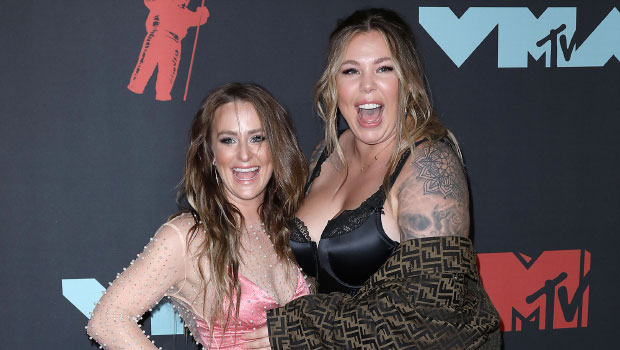 Leah Messer, 30, has revealed her true feelings about friend and former Teen Mom star Kailyn Lowry, 30, stepping away from the iconic MTV franchise. “I think it’s entirely up to her at the end of the day,” she told HollywoodLife EXCLUSIVELY in an interview promoting the upcoming 16 and Pregnant spinoff, Teen Mom: The Next Chapter. Kail had a notoriously volatile relationship with MTV and Teen Mom 2, which she appeared on for about a decade starting in 2011. She stepped away from filming for about six months in 2021, and announced her official departure from the franchise earlier this year.

“I am done! I declined the new show, TMFR, & girls night in,” Kail commented under a Facebook fan page’s post that they will refuse to watch the show if Kail is not on it. The “new show” Kail mentioned is thought to be Teen Mom: The Next Chapter, in which she has not been listed as a cast member. The comment, made in May, was written less than a day after the season finale of Teen Mom 2 aired, which was a hard episode for Kail, as she got into quite the heated argument with the show’s producers about how she is “not respected” like the other moms on the series.

Kail has turned her reality television fame into quite the lucrative podcast business. As of now, she hosts three: Coffee Convos Podcast with Lindsie Chrisley, her own Barely Famous podcast, where she talks about everything from relationships and parenting to celebrities, and Baby Mamas No Drama podcast, which she hosts with Vee Rivera, who is married to her ex and first baby daddy, Jo Rivera.

As for Leah, she has been making exciting life moves. She announced her engagement to Jaylan Mobley on Aug. 20 and moved in with him shortly beforehand. She told HollywoodLife EXCLUSIVELY just days before that an engagement was certainly on the horizon, especially since her kids often asked about her marriage plans. “I think just them asking… it’s like, low-key, their approval [of my relationship with Jaylan]. They love Jaylan. We are happy. And we’re very excited,” she smiled. Leah has three girls from two previous marriages: Adalynn, 9, who she shares with her ex-husband Jeremy Calvert, and twins Aliannah and Aleeah, 12, who she welcomed into the world with ex-husband Corey Simms.

As for the brand new 16 and Pregnant spinoff, Leah said she thinks “it’s all exciting.” Teen Mom: The Next Chapter is slated to premiere on Tuesday, Sept. 6 at 8PM ET/PT, and brings together some of the leading ladies of Teen Mom OG and Teen Mom 2. Leah will star in the 16-episode season alongside Amber Portwood, Ashley Jones, Briana DeJesus, Catelynn Lowell, Cheyenne Floyd, Jade Cline, and Maci Bookout.

Leah Messer’s Kids: Everything To Know About Her 3 Beautiful Daughters