Beth, Annie and Ruby’s open-ended fate on Good Girls was a bummer for guest star Lauren Lapkus, too.

“It was so disappointing. I mean, I know there were rumors of what was maybe going to happen and how it was going to work out,” Lapkus, 36, exclusively told Us Weekly while promoting her partnership with Straight Talk Wireless. “That’s the hard thing about a show being canceled without that warning is that they didn’t get to sum up all of the stories the way they would’ve wanted to, I’m sure. So that’s the tricky part is, I think, it can be a little bit of a letdown when you can’t wrap it all up in a nice bow.”

Canceled and Renewed Shows in 2022

The NBC dramedy was abruptly canceled last year even though production was tentatively set to begin in spring 2022. Lapkus joined the series in 2020 as Phoebe Donnegan, an FBI agent who starts to investigate Beth (Christina Hendricks), Annie (Mae Whitman) and Ruby’s (Retta) involvement in circulating counterfeit bills. The comedian doesn’t know how the series would have eventually ended — and didn’t get any heads up about story lines before receiving a new script. 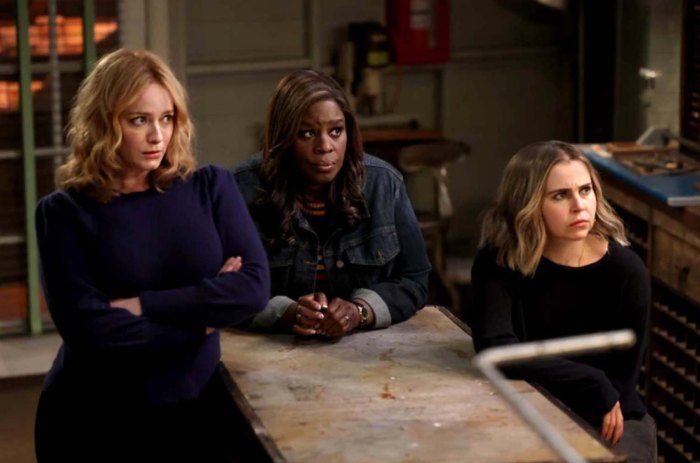 “I wasn’t given information in advance because I was a guest actor. I don’t know if the main cast knew how it was gonna end, but it was news to me,” she explained to Us. “So that was kind of exciting as I was working as a character to figure out what was going on because somethings that happened were so crazy. … It’s exciting to be part of something where you don’t know what’s going to happen.”

Shocking TV Exits Through the Years

At one point, it appeared Agent Donnegan was trying to buddy up to Beth. However, Lapkus highly doubts they would have gotten close by the series’ end. 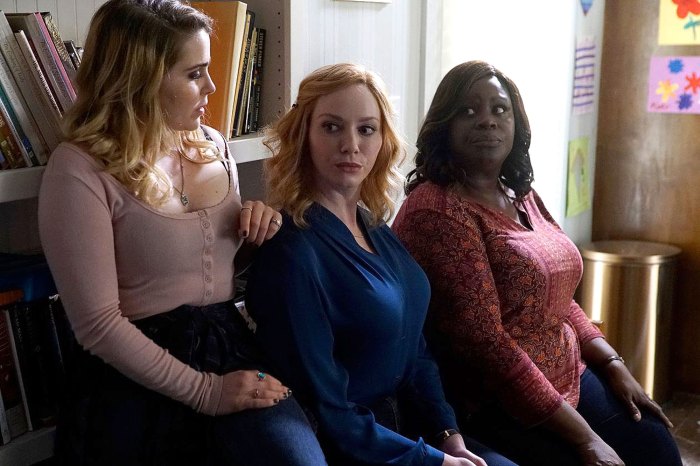 The Wrong Missy actress was pregnant with her daughter, Holly, in the final few episodes of the show, and she often tried to find clever ways to hide her baby bump.

“I really was wearing gigantic clothes, but then hiding that they were gigantic. If you’re watching season 4, you can totally see me hiding behind a pillow,” she recalled. “I’m watching TV with a giant pillow on my stomach or using a big bag or a box and hiding behind a car. And there were just all these moments where we had to hide my stomach. I got pretty big during my pregnancy. So it wasn’t the easiest thing in the world.”

Lapkus and her husband, Mike Castle, welcomed their baby girl in July 2021. With the help of Straight Talk Wireless, she’s been able to spend smarter while balancing being a new mom. “It’s something that’s important to me. Staying on top of all that stuff. I think as I was becoming an adult, my dad really imparted on me that it was so important to save your money and to be aware of your finances. And both my parents actually were really, really strong on that and it’s something I always cared about,” she told Us.

With Straight Talk Wireless, subscribers “can be saving money all year long and spending money in a different way.” The Orange Is the New Black alum noted: “It’s kind of a great way to keep track of your money and use it toward things that you’re more excited about than your phone bill. They’ll give you the same coverage for less money.”

Like her parents did for her, Lapkus will also encourage her daughter’s goals in the future — even if that includes acting. “I definitely won’t be signing her up to act before she can say that she’s interested in that just because I know what this business is like, and it’s kind of a crazy thing to be in from such a young age,” she explained.

Best TV Couples of All Time

“But if she’s really interested, I would definitely let her follow her dream because that’s what my parents allowed me to do,” she continued. “And even though I came from a background where TV was not at all part of my childhood, like my parents are not in the industry at all, I’m from Chicago. It was a totally foreign experience to figure it out, but they let me pursue that. And I’m so grateful for it. So I wouldn’t wanna stop her from that. But it’s interesting thinking about it as an actor myself.”

For more on her partnership, head to straighttalk.com.

Listen to Us Weekly’s Hot Hollywood as each week the editors of Us break down the hottest entertainment news stories!

£191m EuroMillions jackpot could see biggest ever winner on Friday

Dear Seo In Guk: A fan from India first found the...