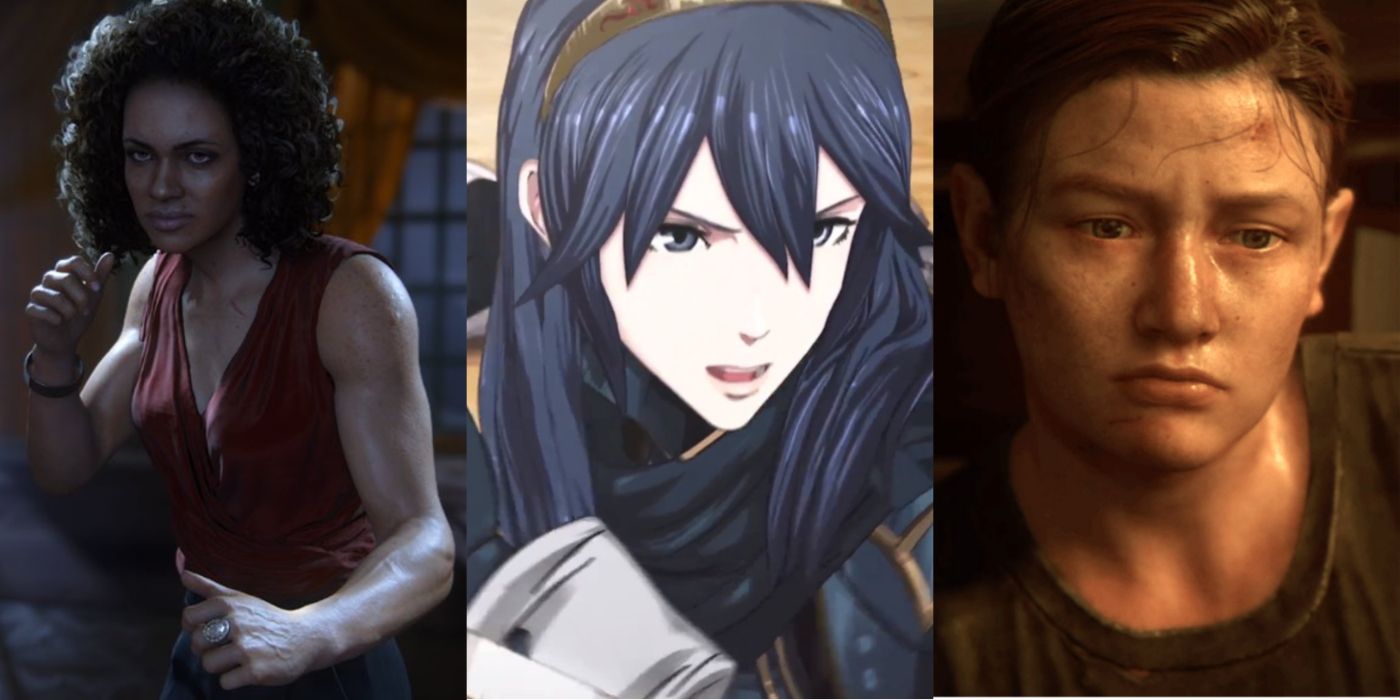 The video game industry has its fair share of noteworthy voice-acting talent, with the likes of the upcoming The Last of Us Part I remake bound to show off how cinematic these performances can be. Laura Bailey is one of the household names for video game fans, with a myriad of standout roles under her belt.

Whether the role is dramatic, cinematic or over-the-top, Bailey has lent her talents to a variety of beloved characters. Her work in Naughty Dog’s acclaimed Uncharted series, varioius superhero games, and even some classic JRPGs have all become some of the most memorable roles in Bailey’s career.

Naughty Dog’s Uncharted games and Tomb Raider have become known for being thrilling globetrotting action adventures, and Laura Bailey made her mark on the former starting with A Thief’s End. She played one of the fourth game’s original characters in the form of Nadine Ross, a South African treasure hunter looking to rebuild the reputation of her former paramilitary organization.

Bailey lent her talents to both voice acting and motion capture for A Thief’s End and The Lost Legacy, portraying her as a convincingly capable fighter who throws her weight around the room in whatever scene she’s in.

In the world of DC, Laura Bailey filled in the iconic boots of Selina Kyle/Catwoman for Telltale Games’ episodic graphic-adventure Batman series. The two games overall, and namely the second, were well-received, particularly for making creative twists on the traditional Batman canon.

Bailey’s portrayal of Catwoman opposite Troy Baker’s Bruce Wayne/Batman was a high point, as in several tales centering around the iconic Dark Knight. These are among the best of all Batman games in their own right, and much of it needed to be carried by excellent voice acting.

Fiona (Tales From The Borderlands)

Featuring another Telltale Games series, Bailey also played the role of Fiona in Tales from the Borderlands. The mainline games are already well-known for being bombastic stories filled with delightfully dark meta-humor, and this spinoff brings things down to a refreshingly smaller scale with a new cast of characters.

Fiona starts as a callous con artist but gradually grows alongside the rest of the lovable band of misfits into an emotionally investing character. Likewise, Bailey does well to emphasize the comedic side of this character and the world around her.

The Gears of War series is one of Xbox’s exclusive pillars, and Laura Bailey has had a major role in ushering in a new age for its story in recent entries. She voiced Kait Diaz in a supporting role for Gears of War 4, but she has since taken center stage as the series’ new protagonist in Gears 5.

Kait goes on a mission to uncover the origins behind the series’ infamous and villainous Locust Horde faction, as well as a journey of self-discovery. This character arc is elevated thanks to Bailey lending her talents for the character in this exciting transition period for the modern classic franchise.

Atlus’ Persona series are some of the best modern JRPGs available, and for as much as 5 and 5 Royal did to explode the Shin Megami Tensei spin-off series’ popularity worldwide, Persona 4 was widely acclaimed in its own right. Laura Bailey plays Rise Kujikawa in the English dub, a pop-star idol who leaves in favor of returning to her quiet hometown away from the glitz and glamor.

Persona has often made the character-driven drama a focal point of its stories, so that’s why her backstory and motives become much more compelling and sympathetic as the protagonist learns more about her.

Abby Anderson (The Last Of Us Part II)

Aside from the studio’s Uncharted series, The Last of Us is another flagship PlayStation IP that’s been praised for being some of the best story-driven games. Part II has been just as divisive among fans as it’s been acclaimed critically, and Bailey’s powerful performance as Abby Anderson was a source for both.

Abby’s character arc begins as a tunnel-visioned quest for vengeance, but she later has to grapple with her life and the consequences after the fact. Whether players can agree on the execution of the character’s story or not, Bailey did an exceptional job portraying an angry, tortured character that delves deep in moral grays.

Developer Intelligent System’s Fire Emblem was rejuvenated with Awakening for the Nintendo 3DS, and on top of the game’s engrossing tactical-RPG gameplay mechanics, the game was lauded for its fantasy story anchored by a likable and investing cast of characters.

Part of that is, of course, thanks to Bailey’s work in portraying Lucina, a key character that travels back from a ruined future to join the player character and her father Chrom to alter fate. Lucina is depicted with a strong sense of morals and unshakable compassion for those close to her, and her influence is apparent considering her later appearances in the likes of Super Smash Bros.

While Capcom’s Chun-Li has been a beloved character in its landmark Street Fighter fighting game series for decades, Bailey has at least made her performance as her a memorable part of the character in more recent entries. Bailey has voiced her in several Street Fighter games since 2009, including crossover series like Marvel vs. Capcom.

Chun-Li has been an icon of the series and in video games as a whole, with her being just as synonymous with Street Fighter as Ryu or Ken. Even though the voice acting isn’t as prevalent in fighting games, Bailey adds her flair and personality to a classic character.

On the Marvel side of the comic book universe, Bailey took on the role of this world’s take on Mary Jane Watson in Insomniac’s beloved Spider-Man. While Mary Jane’s gameplay segments were one of the subjects of criticism, Bailey herself did a solid job giving a convincing performance as the character.

In this adaptation, Watson is an investigative reporter at the Daily Bugle while Peter Parker/Spider-Man is a scientist working alongside Otto Octavius when out of the suit. Both Bailey’s Mary Jane and Yuri Lowenthal’s Peter shine in cutscenes together when bouncing off each other’s performance.

Game designer Yoko Taro’s NieR series has gotten a deserved second lease on life through the widespread acclaim of Platinum Games’ NieR:Automata and the recent Replicant remaster. These inventive yet somber fantasy worlds have a variety of engrossing characters, and something Replicant brought back into the spotlight was Laura Bailey’s performance as Kaine.

Kaine’s overly antagonistic attitude and sailor’s mouth might come off as needlessly edgy initially, but her fleshed-out tragic origins, dynamic with the rest of the main cast, and motives for joining them develop her into one of the most compelling and sympathetic characters.

NEXT: 10 Things Redditors Want To See In Diablo IV

Gotham Knights Won’t Have Joker As A Villain


Guillermo Kurten is a journalism major at the University of Houston. Originally from Caracas, Venezuela, he now resides in Houston. He is a fan of pretty much anything involving nerd culture. Video games, comics, movies, TV, anime, manga, you name it. He also has experience writing about soccer, specifically, the German team Bayern Munich.

Messages to QAnon from Mar-a-Lago