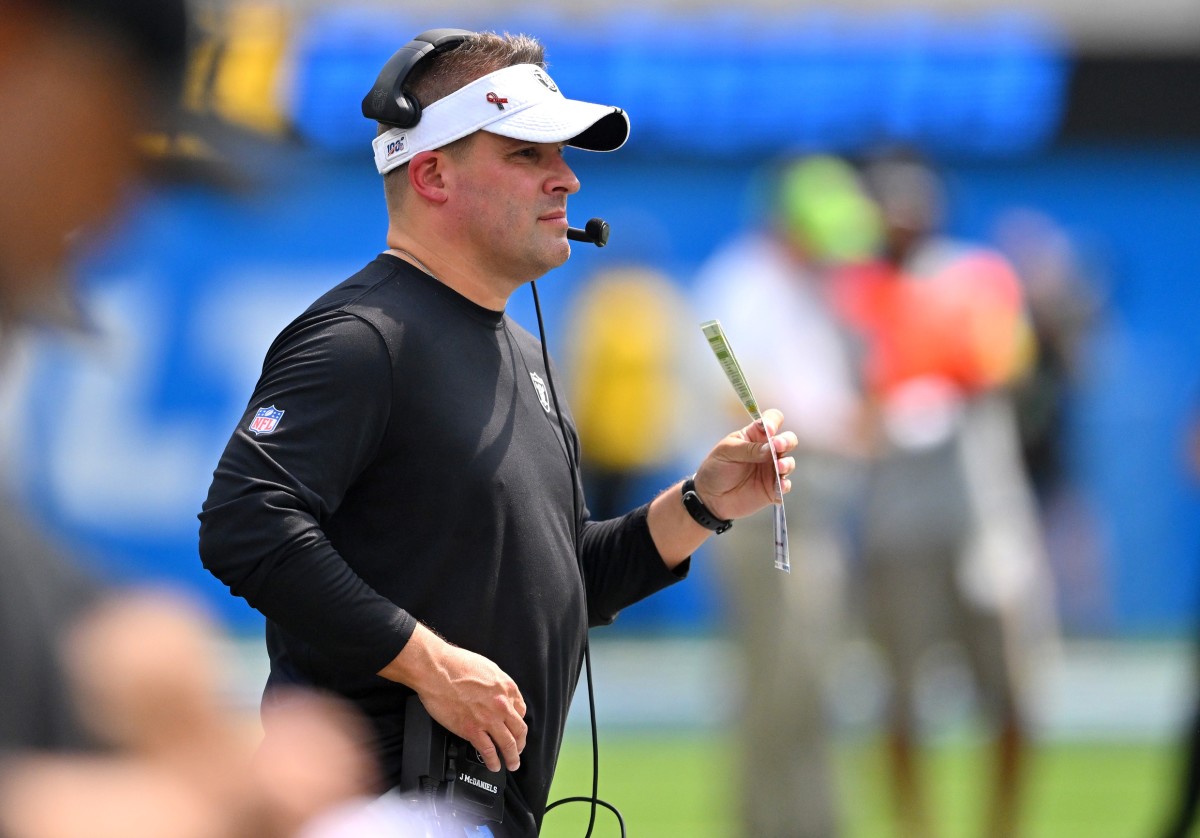 The injury bug is showing signs of its mid-season form, as the Las Vegas Raiders are challenged yet again with replacing a frequent starter, this time being in the secondary.

Cornerback Nate Hobbs was placed on the Injured/Reserve list during the bye week when it was revealed he would be missing time with a broken hand.

Fortunately, Raiders coach Josh McDaniels has faith that his room of cornerbacks is constantly prepared for the challenge of having to step up when needed.

“[W]e practice them in such a way that basically they’re all starters,” McDaniels said in his Friday presser. “They all take starter reps, they all take plenty of opportunities during the course of the practice week to work with each other, to work with the safeties, to work with the linebackers, to see different things: third down, first and second down, red zone. So, they’re preparing to play as if they’re going to play the entire game, which is the way they should play in practice. They all have a great attitude, they’re unselfish about taking opportunities in practice.”

It is likely that the team’s plan is to replace Hobbs with Averett for Sunday’s game against the Houston Texans.

Kickoff for Sunday’s Week 7 matchup is set for 1:05 p.m. PDT at Allegiant Stadium.

Watch the Silver and Black live when you get your Raiders tickets from SI Tickets HERE.

Want to talk about this? Want to air your opinion about all things Las Vegas Raiders? Maybe you like to talk about other sports that aren’t Silver and Black related? We got your back. Join our 100% FREE message board, a brand new option, when you CLICK RIGHT HERE.