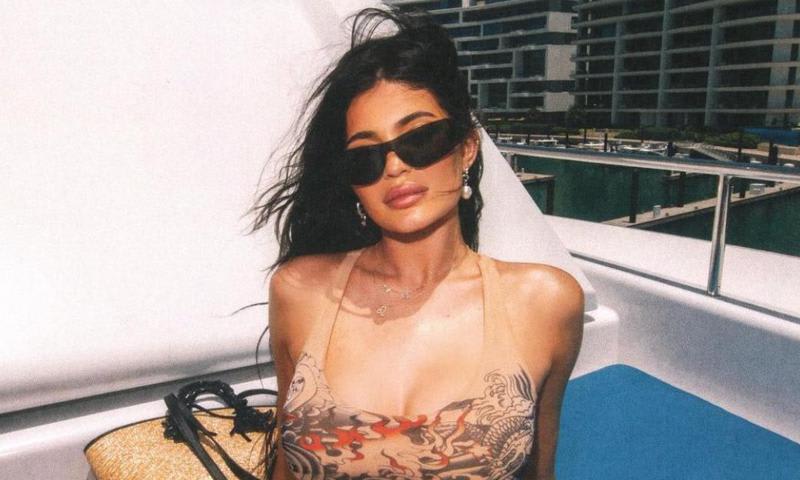 It feels like it’s 2014 all over again because Kylie Jenner’s lips are a topic of conversation. On Saturday, the beauty mogul shared a TikTok with her BFF Stassie Karanikolaou, which amassed 15 million views and over ten thousand comments. One of them caught Kylie’s attention, “The lips, please,” a person wrote, along with grimacing, sweating, and skull emojis, per The Sun.

Kylie did not let the comment go unnoticed. “It’s the filter but go off,” she wrote.

Naturally, her response has even more people talking about her lips. “‘It’s the filter but go off’ like they don’t look the exact same without the filter too,” a user wrote. “At this point just put lipstick on ur nose,” another added. Others offered advice like “your beautiful but stop with the lips before it’s too much your truly stunning.”

Kylie’s lips might as well have their own Wikipedia page because they’ve been a topic of discussion for years. Fans started noticing her lips looked larger in 2014, but Kylie shut down the speculation for a year before finally confessing to it on Keeping up With the Kardashians. “I have temporary lip fillers,” Jenner told cameras during a confessional in 2015. “It’s just an insecurity of mine.”

She faced some backlash for the time she spent denying it but eventually capitalized on the whole thing like a true Kardashian. As noted by Buzzfeed, she launched the Kylie Lip Kit seven months after her filler admission, which offered fans the chance to perfect their own “Kylie Lip.” The first 15,000 lip kits sold out in less than a minute.

Once Kylie Lip Kits took off, it rebranded to Kylie Cosmetics, and by the end of 2016, she was generating $307 million in revenue. So, whether it’s a filter, filler, or lipstick- it worked. She has become the most followed female celebrity on Instagram, beating her sisters Kim Kardashian, Kourtney, Khloe, and Kendall Jenner. And when it comes to net worth, she’s second in the family, at $900 million behind Kim, with $1.8 billion, according to Forbes.

Ruben Randall - July 16, 2022 0
Actor
Few Brazilian actors have been as successful in their international careers as Rodrigo Santoro. Born in Petrópolis, Rio de Janeiro, the actor...