When it comes to running businesses, Kris Jenner is the CEO of CEOs. She lists all of her family’s businesses in her Instagram bio ranging from Kylie Cosmetics to Arthur George. Kris has also manages her children’s careers and, as per Forbes, was the ‘mastermind’ behind KUWTK.

Kris made Forbes’ list of America’s Self-Made Women in 2020 and has a net worth of $190M. The mother-of-six worked as a flight attendant in the 1970s before marrying lawyer Robert Kardashian in 1978 and having her first child, Kourtney, in 1979. Kar-Jenner matriarch Kris Jenner launched her own range of eco-friendly cleaning products in 2021.

Speaking on The Ellen Show in 2022, Kris said that the products “smell so good”. The range now features a candle and is available in Walmart stores in 2022.

Now that the plant-based cleaning products are in such a huge chain store, Kris said everybody can get it, adding that the products have been made “really available“. 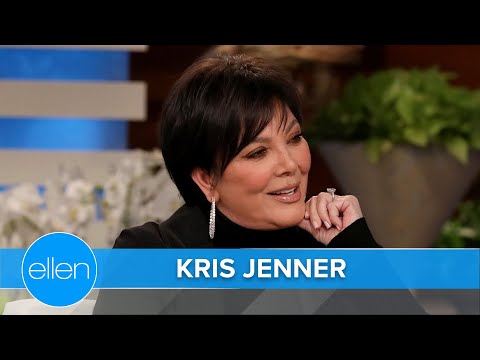 The Kardashians star Kris Jenner’s cleaning product line is all about “saying no” to harsh chemicals.

CEO and Co-Founder of Khloe Kardashian’s Good American, Emma Grede is also a founder of Safely alongside Kris.

Candles, dish soap, laundry detergents, hand sanitizers and more are all available at Safely and the brand launched all-new fragrances in 2022.

As promo for her cleaning products, Kris Jenner filmed in Walmart and snapped photos in Bed, Bath and Beyond. But fans aren’t believing that Kris actually gets stuck into much washing up or laundry.

One commented on her Instagram video: “Let’s all pretend they actually clean their house and shop at Walmart“.

One person tweeted: “Of all the women to try advertise Walmart cleaning products, they choose Kris Jenner? A woman whom I don’t feel has even picked up a mop in 3 decades?“

Another tweeted: “Kris Jenner launching a cleaning products line like she doesn’t have a team of people keeping her house organized. I’m still going to buy it all don’t @ me.“

In the KUWTK star’s Instagram video she added toilet plungers, feather dusters and scourers into her trolley and said that she’s “cleaned up plenty of messes in her day“.

According to Kris, “every clean queen needs a feather duster” and she also added that her daughter, Khloe, would “love” it.

WATCH THE KARDASHIANS ON HULU NOW Cameron Diaz On Coming Out Of Retirement

Joe Burrow contract details, net worth: How Bengals are cashing in on bargain rookie...

Seo In Guk Proves He Is Indeed A Multi-talented King, Find Out How :...