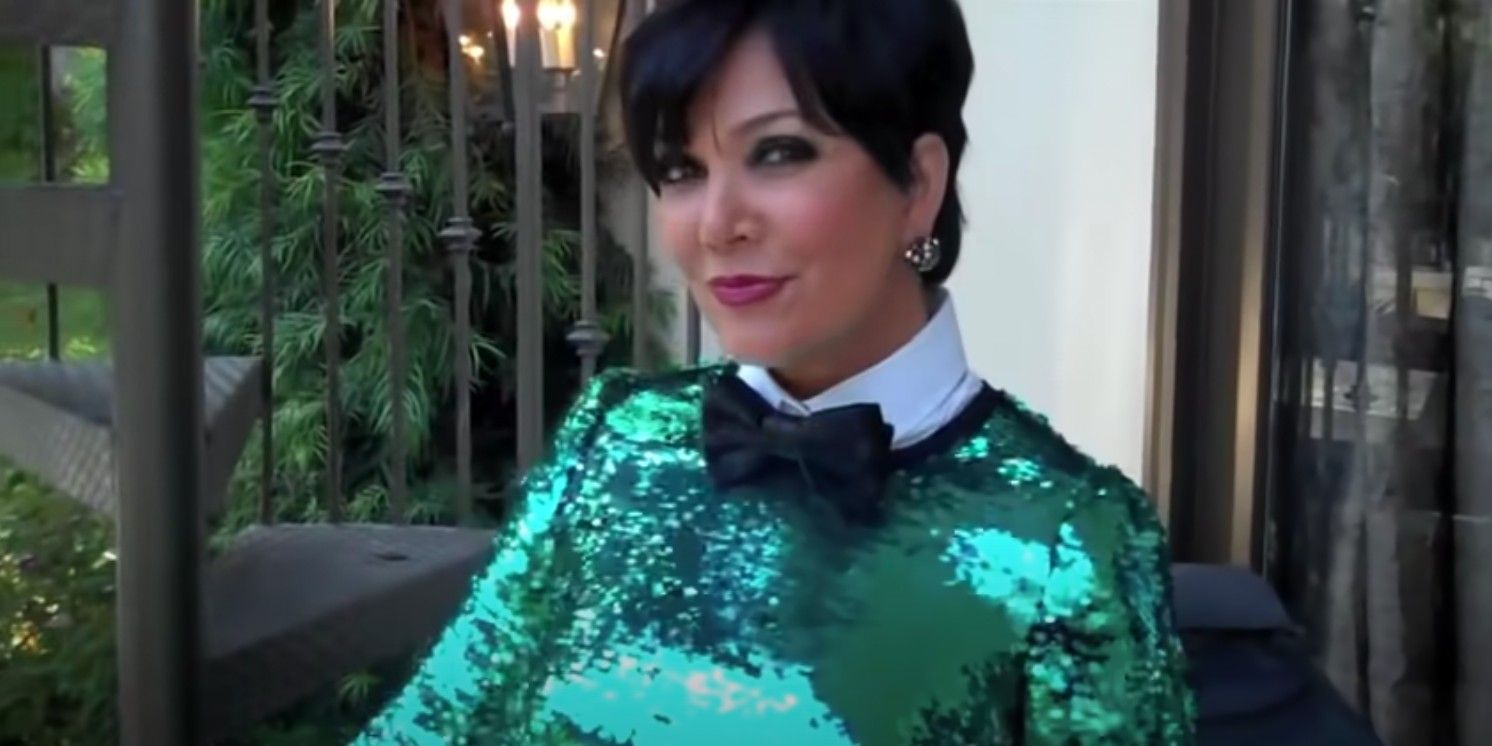 A Kris Jenner-inspired trend is going viral on TikTok, where users are getting pranked or “krissed” by an old video of The Kardashians star.

Kris Jenner is now a viral TikTok trend after fans got their hands on an old video of The Kardashians star and are using it to prank TikTok users. The Kar-Jenner family has been the source of viral trends and memes since the start of their original reality series Keeping Up With The Kardashians. One of the most popular memes being Kim Kardashian’s iconic crying face, which came from a 2012 episode of the KUWTK spinoff, Kourtney & Kim Take New York. At the time, Kim was upset about her marriage to Kris Humphries falling apart and was venting her feelings to her older sister Kourtney Kardashian. Little did Kim know her crying face would become a meme fans still talk about a decade later.

The crying face even appeared in The Kardashians premiere during the Roblox storyline. Kim’s son Saint West saw an advertisement for unseen footage from her 2002 sex tape with singer Ray J, and the ad used Kim’s notorious crying face to promote the alleged footage. The Kardashians also birthed the Kendall Jenner cucumber meme, which also populated on TikTok. In an episode of the Hulu reality series, Kendall tries to make herself a snack but doesn’t know how to correctly cut a cucumber. Kris asks several times if she wants the chef to help her, but Kendall insists on doing it herself. Fans recreated the scene on TikTok, posting videos of themselves imitating Kendall’s bad cucumber cutting skills.

See also  Stream It Or Skip It?

Kris is the latest Kar-Jenner to become memefied as TikTok has been flooded with videos pranking fans in a new trend referred to as “getting krissed.” A video posted on the app by @wandakardashian now has one million likes and perfectly showcases the trend. The video uses the song “Space Song” by Beach House and puts a shocking claim on the screen to draw viewers in. In @wandakardashian’s video, a photo of Kim and her children appears with the caption, “I can’t believe Pete did this to Kim, she was so happy with him.” The quote implies that the video will reveal what Pete did to Kim. Instead, it unveils a video of Kris. The song switches to a sped-up version of the 2001 rendition of “Lady Marmalade” by Christina Aguilera, Lil’ Kim, Mya, and Pink from the film Moulin Rouge!

The TikTok reveals a clip of Kris singing along to the song from a YouTube music video the Kar-Jenners made for the song back in 2012. “You just got Krissed!” the caption reads. “Send this to your friends to totally #Kris them!” The “Space Song” and “Lady Marmalade” soundbite mashup now has 39.7k videos using the sound. The trend is reminiscent of a 2000s trend when internet users would “Rickroll” each other by responding to social media posts with a link to Rick Astley’s 1987 song “Never Gonna Give You Up.” It later grew on YouTube, where, like the Kris Jenner trend, users would clickbait people with an intriguing video title only for it to be a clip from the song’s music video instead.

The bizarre trend has taken over the video-sharing app and doesn’t seem to be slowing down anytime soon. Even popular clothing store PacSun joined in on the trend. While Kris has not yet responded, it’s becoming increasingly harder to ignore. Hopefully, the momager will have a good sense of humor about the whole thing. Maybe The Kardashians star will even join in and decide to #Kris her fans.

Next: KUWTK: Why Fans Think Kourtney’s Turning Into Kris Jenner

Ruben Randall - September 29, 2022 0
TV/Movies
NOTE: Please check with individual venues as Hurricane Ian may cause cancellations or postponement of events.11th Annual Bluelight Gala : Join us for a...