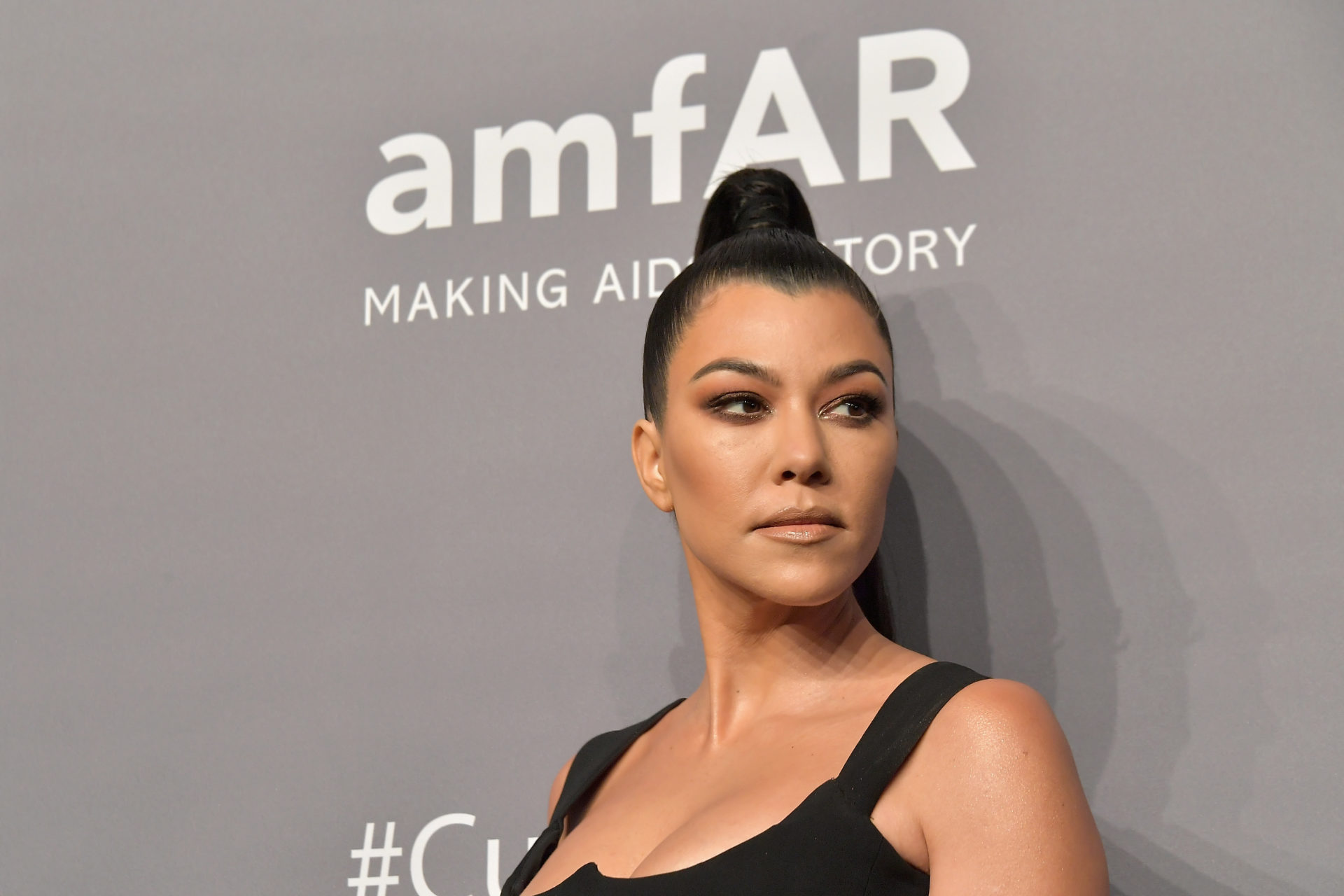 Kourtney Kardashian has a new business venture called ‘Lemme’ and fans are excited to see what she has to offer. As of now, details around it remain unclear.

This is not the first time that the reality star has teased her project. Previously, Kourtney had revealed she was planning something new but did not give details on what it can be.

Now, she has finally come out and confirmed the news while tagging the official Instagram for her upcoming project.

Taking to her Instagram, Kourtney finally confirmed the rumors and revealed that she is launching yet another brand called Lemme.

In the photo that she put out, Kourtney is seen sitting on a chair while looking at her mobile. While not a lot is known about what to expect from her brand fans were excited to see that she was also wearing a T-shirt that had “Lemme” written on it.

For those who have been following Kim Kardashian’s Skims or Khloe Kardashian’s Good American, you would know that the Kardashians love to be in the fashion industry.

There is no doubt that the T-shirt Kourtney was seen wearing looked chic but it is unclear if her upcoming project is related to clothes.

She is also the owner of Poosh

Apart from coming up with a new brand, Kourtney is also the owner of Poosh, a wellness and lifestyle blog that details all the Kardashian secrets while making people aware of how they can live healthy life.

At the same time, the reality star has collaborated with several other celebrities who have also put their views on Poosh.

Kourtney has been promoting the brand for years and her efforts are also showcased on The Kardashians. In the show, Kourtney admitted she is always looking for ways to keep her viewers interested and it has definitely worked well for her.

What’s her net worth?

As per Celebrity Net Worth, Kourtney has an estimated net worth of $65 million with around $10 million being her salary for the reality show.

Kourtney, just like her siblings, has been part of Keeping Up With The Kardashians for a long time and it has also resulted in several spin-offs. Apart from that, the reality star has also made various investments in business which have helped her grow her net worth over the years.

The success of Poosh also helped her increase her net worth and with another business venture being added to her list, there is no doubt that the star is going to achieve huge success once again.

WATCH THE KARDASHIANS ON HULU FROM THURSDAY SEPTEMBER 22ND

Ruben Randall - November 2, 2022 0
Celebrity
Every well-dressed woman should have a selection of tried and true basics in her wardrobe that she can turn to over and over...