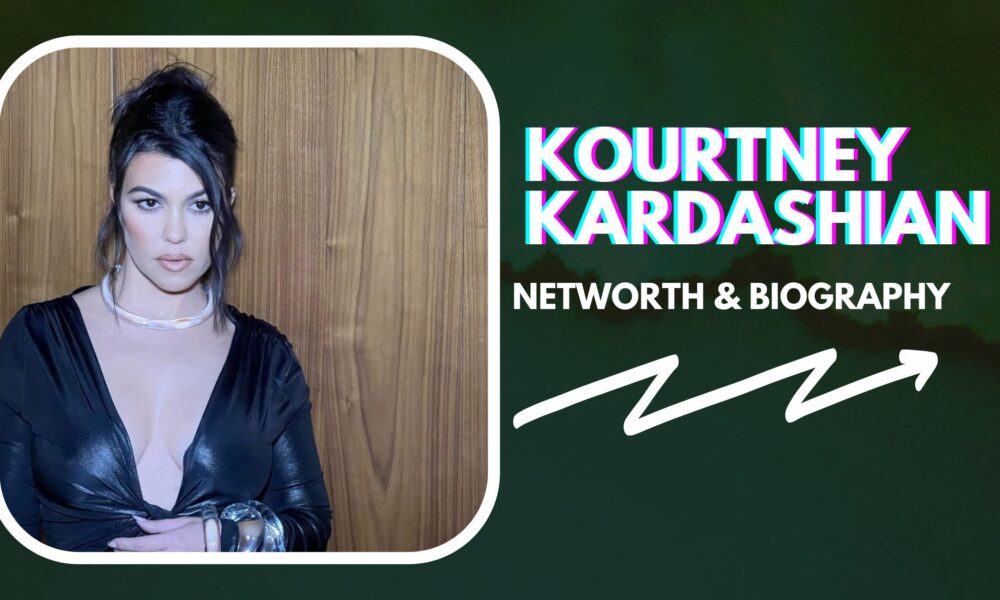 Kourtney Kardashian has a net worth of $65 million, according to Celebrity Net Worth. She is best known for her appearances on the hit television series, Keeping Up With The Kardashians. She is an American media personality and socialite.

READ ALSO: A Brief Summary Of What Happened Between Ray J and Kim Kardashian

Kourtney Kardashian’s Net Worth And Biography

The table below contains Kourtney Kardashian’s Net Worth

Kourtney Mary Kardashian was born in Los Angeles, California, on April 18, 1979, to Robert Kardashian and Kris. Kim and Khloé are her younger sisters, and Rob is her younger brother. Her mother wed 1976 Summer Olympics decathlon champion, Bruce Jenner, after her parents separated in 1991. Jenner then changed her name to Caitlyn in 2015.

Burton “Burt”, Brandon, and Brody were added to the Kardashian family through their marriage, along with stepsister Casey and eventually half-sisters Kendall and Kylie. She attended the all-girls Roman Catholic Marymount High School in Los Angeles. After graduating, she relocated to Dallas, Texas, where she spent the next two years studying at Southern Methodist University.

After moving to Tucson, Arizona, Kourtney Kardashian attended the University of Arizona and earned a bachelor’s degree in theatre arts with a Spanish minor.

Luke Walton and Nicole Richie were among her classmates. Her father gained notoriety in 1994 when he participated in football player O. J. Simpson’s murder trial as an additional defense attorney. 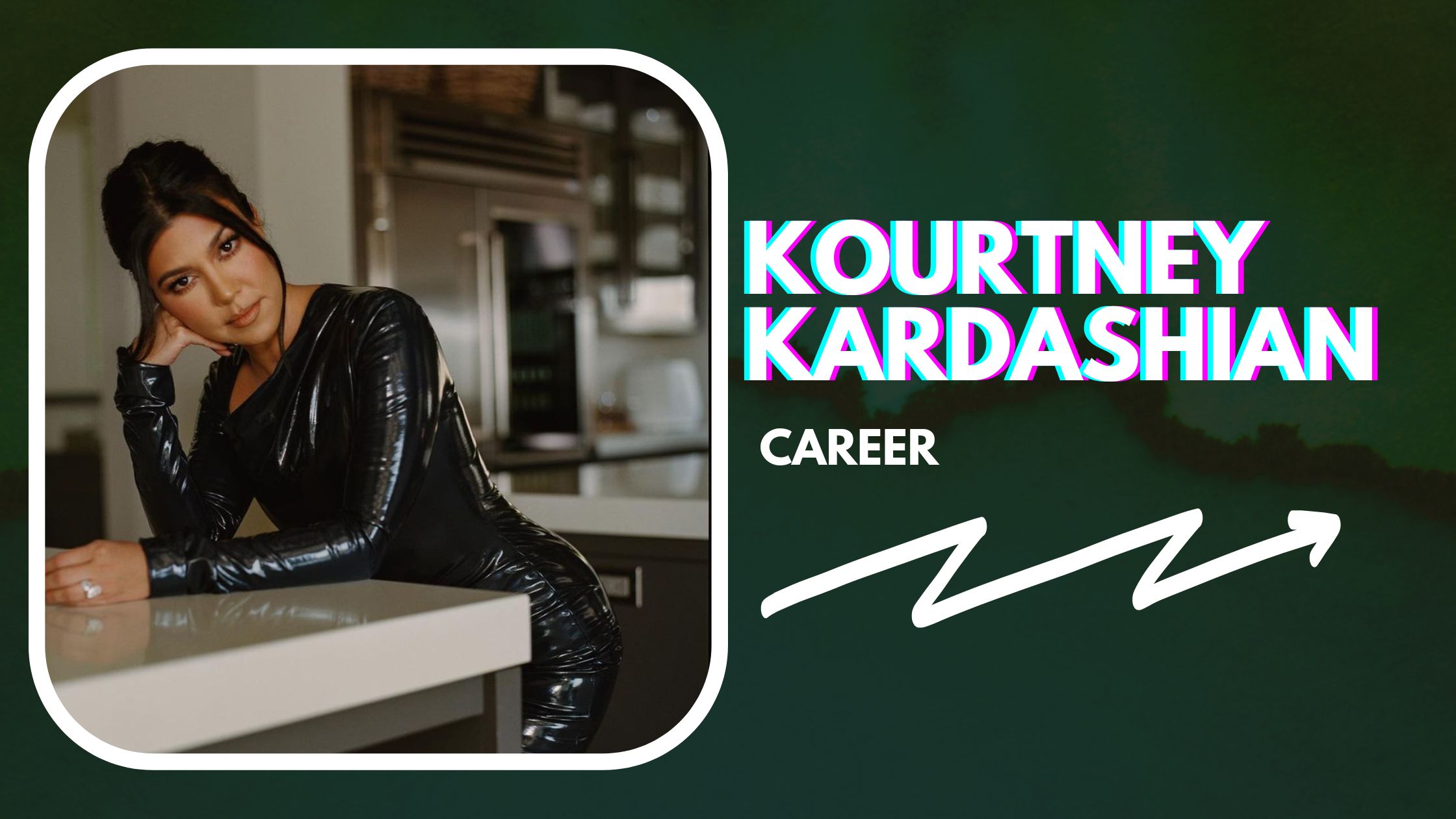 Kourtney Kardashian first became known to reality-television audiences on the 2005 series, Filthy Rich: Cattle Drive, on which she earned money for charity.  Her ascent to fame was greatly aided by the February 2007 leak of a sex tape produced by her sister Kim and her former boyfriend Ray J in 2003, Kim Kardashian, Superstar.

Together with her mother, Kourtney founded the children’s clothing store Smooch in Los Angeles and New York City. The D-A-S-H apparel stores are owned and run by Kourtney, Kim, and Khloé in Miami, New York City, and Los Angeles. Kourtney and her sisters debuted a clothing collection for Bebe in 2010.

Kourtney Kardashian made her acting debut on the ABC drama “One Life to Live” in late March 2011. Growing up, Kardashian viewed the soap opera and having the chance to feature in them had always been a dream. She portrayed a lawyer. Critics gave her performance unfavorable reviews.

In 2018, she collaborated with Kylie Cosmetics to develop the Kourt x Kylie makeup line. On March 28, 2011, Kourtney Kardashian made her acting debut in a cameo role as attorney Kassandra Kavanaugh on the ABC soap opera One Life to Live.

Kourtney Kardashian said her presence was the culmination of a dream because she had grown up watching the soap opera “She expressed trepidation about fulfilling her “lifelong desire,” saying, “I’d imagined I’d only get two lines.

But I’m not an actress, and my screenplay is so long.” The evaluations of her performance were unfavorable. She and the Kardashian sisters Khloe and Kim jointly published the book Dollhouse in November 2011.

What Is Kourtney Kardashian’s Net Worth

Kourtney Kardashian has an estimated net worth of $65 million. This reportedly makes her the fourth richest of the family behind her billionaire sisters Kim and Kylie, and mum Kris Jenner.

Kourtney is much more than simply a TV personality; her numerous accomplishments have contributed to her enormous net worth. Here is how Kourtney has made money, even if she may not have as many businesses under her name as some of her sisters:

According to reports, Kourtney’s experience on the family show contributed significantly to her wealth. With a total of 15 seasons under their belts, it has developed into a respectable source of income for the Kardashians and Jenners.

After taking a break from television, the family is back with a new program called The Kardashians, which is expected to bring in a ton of money for the family.

Kourtney Kardashian and her kids underwent baptism at an Armenian Apostolic service in the Etchmiadzin Cathedral in Vagharshapat, Armenia, in October 2019. She received the Armenian name Gayane at the event.

Regarding the Nagorno-Karabakh war, Kardashian tweeted and retweeted messages in support of Armenia and Artsakh in October 2020. Scott Disick and Kim Kardashian had an on-again, off-again relationship from 2006 through 2015. They first connected at a house party in Mexico hosted by a mutual acquaintance, Joe Francis. Disick and Kardashian are parents to three kids.

The relationship between Kardashian and Disick has been depicted in Keeping Up With the Kardashians and all of its countless offshoots. The show has also included footage of Kardashian’s pregnancies and the births of all three of her children.

Disick and Kardashian were set to wed in 2007 while visiting Las Vegas for the premiere of the first season of Keeping Up with the Kardashians, but her mother Kris persuaded her to postpone the wedding.

The pair temporarily relocated to Miami at the beginning of 2010 along with their son and Kim Kardashian’s sister. At the time, Kardashian thought Disick had a drinking issue.

Midway through 2010, Disick and Kardashian reconciled and decided to go on with their relationship after routinely attending treatment sessions and temporarily giving up drinking.

Kourtney Kardashian’s Net Worth And Biography

The table below contains Kourtney Kardashian’s Net Worth

“She Probably Would Be Running Against Me”: Arnold Schwarzenegger Was Doubtful About Maria Shriver’s...

Ruben Randall - March 9, 2022 0
Celebrity
ObituaryBarbara Joan Lewis Lundstrom began her earthly life on October 8, 1927 in Cloverport, KY, the fifth child of what would become a...